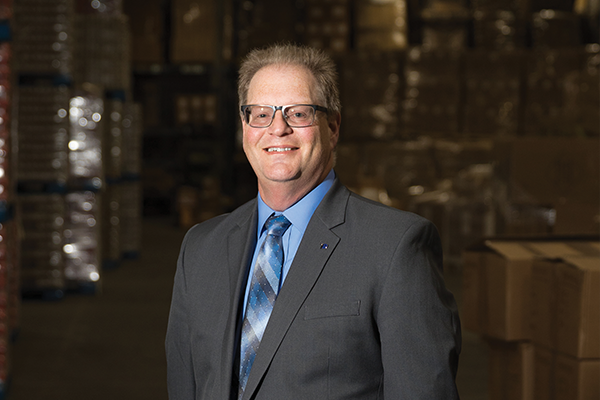 “I’ve been in this business since 1987, and over the years, people ask me what I do,” explained Michael Lahar, Corporate Compliance Manager, speaking from A.N. Deringer’s offices in Champlain, NY. “I tell them that, within the first hour of their day, customs house brokers have been involved with everything they’ve eaten, touched, worn, and driven. We stand in the shoes of companies who import goods, and Americans are the primary consumers of goods from all over the world.”

All goods coming into the U.S. by any conveyance (truck, sea vessel, train, or airplane) must be classified and assigned a tariff number, be assessed a duty (which, depending on the product, can range from free to over 30%), and have proper paperwork filed (a customs entry) before entering the country. In addition, goods must adhere to various safety regulations, and correct data must be submitted to Washington D.C. A.N. Deringer is the liaison between foreign businesses importing goods and the U.S. Department of Homeland Security and, depending on the type of product, one or more U.S. government agency.

“We ‘stand in the shoes’ of the U.S. government when collecting and making payment of duties to the United States Customs and Border Protection (CBP),” explained Lahar. “Although shippers can do the paperwork themselves, rules and regulations change so frequently, that 99% of them opt to use customs house brokers. Using our technology, we transmit information from the shipper to the government, and make sure all the paperwork is accurate and timely. We send the duty to the U.S. government for the client within 10 days of entry, and they reimburse us for the duty and our services. Our clients rely on us to help them file the paperwork properly, and keep them educated.”

A.N. Deringer is also a freight forwarder. They help with transportation, such as getting goods on a ship in China and getting it here. The goods go into their warehouse, and they ship them to the customer. (There are eight Deringer warehouses in Champlain alone.)

Using the latest technology. A.N.Deringer has a web-based tracking and tracing application to provide clients with remote access to a variety of shipment tracking data and related shipping documents. Additionally, clients can receive automated emails about the progress of their shipment. Deringer’s distribution facilities are equipped with a state-of-the art warehouse management system (WMS), eShipPartnerTM, which provides customers with real-time inventory updates via the company’s password-protected website. Clients can access receipt audit reports, current stock summaries and updates on stock movements.

HAY FOR HORSES: HOW DERINGER BEGAN

Still going strong after a century in business, A.N. Deringer is the largest privately held customs broker in the United States. With customer service centers in 16 states, Deringer’s brokerage permit enables it to facilitate the clearance of goods through any U.S. Port of Entry. Deringer employs more than 500 employees in North America, 50% of whom are professionally licensed as either U.S. or Canadian Customs Brokers or who carry other certifications (e.g., IATA, Hazardous Materials, Air Cargo). Deringer is involved, on both a national and local level, with the shaping of current and future U.S. Customs laws, as many of its people serve on Customs and Border Protection and trade committees.

In 1919, founder Alfred Neel Deringer acquired portions of his employer’s business, the Raymond P. Lipe Company, a hay grading warehouse located in Italy Yard, along the railway in St. Albans, Vermont. Hay from Canada arrived via rail at the warehouse, where it was sorted by grade before being reloaded on railcars that would move it toward France to feed the horses in the cavalry of the Allied Forces at the close of World War I.

A.N. Deringer, Inc. was officially formed on August 1, 1919, when Deringer and two former colleagues of the Raymond P. Lipe Company — Herbert Schultz and John Hurley — signed the articles of incorporation. With a capacity of 200 railcars, the new company owned and operated the largest privately held hay warehouse in the United States.

In 1929, the company was granted a Customs Brokerage license by the U.S. Treasury Department. The Tariff Act of 1930 required Customs Brokers to post bonds on behalf of their clients; these bonds were purchased from insurance companies. Also, in 1930, Deringer changed its articles of incorporation to operate as a general insurance agency, enabling it to secure its own bonds. Shortly thereafter, the company moved its headquarters from Italy Yard to Federal Street in St. Albans. Over a decade later, in 1941, Alfred Deringer ventured outside of Vermont when he acquired a customs brokerage company in Rouses Point, New York. Cargo was now traveling by truck and rail to and from Canada. The new location was situated along the railway and roadway border crossings, satisfying the needs of cargo flowing by both modes of transportation. As shipping transitioned from train to truck, the Champlain, NY service center was built in 1971 near the Northway and main route to Canada.

When Alfred Deringer passed away, he left the business to his nephew, and when his nephew retired in 2004, his son, current president and CEO, Jacob Holzscheiter, purchased the business.

As part of their anniversary celebration, Deringer is donating $100,000 nationwide. Individual branches were allocated funds to distribute to their local communities.

OVER TWO DECADES IN TRADE

A self-described “trade geek,” Mike Lahar grew up in the Northeast Kingdom in Vermont where customs house brokerage was a recognized profession. Although he initially went to the University of New England to study pharmacy, Lahar left school to work in business. After spending 10 years at CJ Tower (now Federal Express), Lahar’s oldest friend, who worked at A.N. Deringer, encouraged him to apply. Lahar was called in for an interview the next day, and hired the day after.

“I began as a Post-Entry Specialist and worked my way through the ranks,” said Lahar. “I now oversee five departments and have 15 direct reports. In addition, before 9/11 (which changed customs from a trade focused agency to a more security focused agency), compliance officers were few and far between. Now all cargo manifests (which includes data such as the importer, lists of goods, their mode of shipment, the information on the truck, ship, train, or airplane, their drivers/pilots/engineers/captains, etc.) must be filed ahead of time with CBP in order to allow them time to review the shipment data. I supervise compliance for 30 offices coast to coast.”

Lahar and his reports provide “responsible supervision” and act on behalf of the importer. In order to do this, he spent a year studying to earn his broker’s license, reads the Federal Register — the newspaper of the U.S. government — each day and has held a chair on the Regulations Agencies Committee for the last 10 years where he is involved with 47 government agencies.

“You never know what you’re going to find in the Federal Register,” recounted Lahar. “Every agency that’s doing something different will publish an account. This helps me keep track of changes, and gets me involved in government policy.”

With three brokerage buildings and eight warehouses (including a USDA meat inspection facility), Champlain is A.N. Deringer’s largest office — employing over 100 people. Amy Magnus is the Director of Compliance and Customs Affairs (Lahar’s boss), Todd Fredette is the General Manager, Jerrod Nutt is the Manager, and Scott Yelle is the Warehouse Manager.

“I really enjoy getting a tough issue that a client comes to us with, and finding a solution,” disclosed Lahar. “I do a lot of research, and can give a client advice on how to, for example, get a fine mitigated, adhere to an ever-changing myriad of rules and regulations and arrange for safe and efficient transport of goods. I like acting on a client’s behalf.”

Lahar and his colleagues at A.N. Deringer focus on partnerships with their clients and with the U.S. government and its agencies, and ultimately, the American consumer.