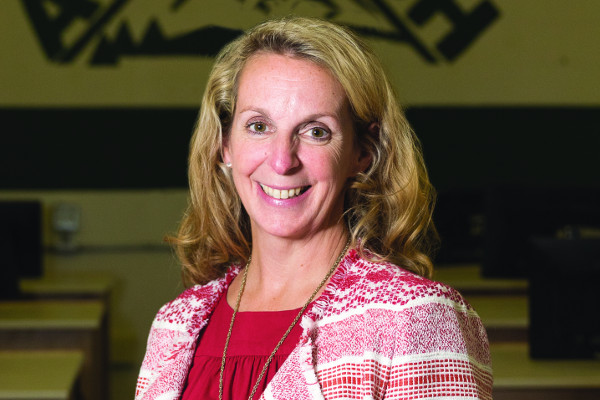 The modern workforce in the United States is shifting dramatically. A college degree is becoming a foundational qualifier for many jobs across the country, which is increasing pressure on the educational system to prepare students to take on a higher education program.

According to a 2012 U.S. Census survey, approximately 5 percent of those who earn a college degree are living in poverty. For those with a high school diploma, the poverty rate is nearly three times higher, at 14 percent. Consequently, there is evidence to suggest that a college degree can increase one’s opportunity to earn a higher income while living a happier and healthier life.

According to reports on the looming skills gap in the United States, there are roughly 28 million skilled jobs available across the country that require an associate’s degree or equivalent technical training.

Where does this skills gap originate? Upon graduation from high school, students choose either to attend college or to enter the workforce. Ultimately, the North Country and New York State are finding that a high percentage of high school graduates are choosing to pursue either a four-year degree or an immediate career in the workforce.

How does the North Country tackle this problem? The answer doesn’t lie in a single program, but a group of local educators, community leaders, and industry experts have collaborated to develop a new way for students to earn an industry-recognized associate’s degree.

Michele Armani, ADK P-TECH coordinator, pointed out that the big question the North Country business community must continue to ask is, “How do we attract skilled workers to the North Country and give them the opportunities necessary to create a life?” One step in answering that question has been the collaborative effort by many North Country leaders to establish the Adirondack Pathways in Technology Early College High School, known as ADK P-TECH.

“What P-TECH provides that many other high schools don’t is an opportunity for the community to come together and establish curricula that resonate and support the growth of the community together,” said Armani.

The Beginning of ADK P-TECH

The very first P-TECH program began in Brooklyn, NY, as a collaboration with IBM and the New
York State Department of Education. The program’s goal early on was to provide resources and open new pathways for students to prepare for technical careers at IBM. Soon after the program’s start and early demonstrated success, the federal government under the Obama administration put forth funding to support a first round of 10 new P-TECH schools, which ultimately became 16. New York State and the governor’s office built on their commitment to the program as well.

After a competitive admissions process, 20 students were selected to the first ADK-PTECH class in 2014. The program now has the ability to admit 30 students each year. Armani said that they would love to exceed that number in the future. “We currently have 61 students in ADK P-TECH,” she said. “While our enrollment is low, we have a high-quality program with high-quality students.”

Soft Skills
The real magic of P-TECH is how it helps students develop soft skills, such as interviewing, a desire to learn, emotional intelligence, public speaking, etc. ADK P-TECH students engage in four-day work weeks that culminate in “Project Fridays.” “Students are given a central statement and focus,” said Armani. Then, with advising from their instructor(s) and assigned industry partners, the students take on a project.

This kinesthetic, hands-on approach to learning has really made a difference for P-TECH students. Armani said one of the clear indicators for her in the comparison of new and more experienced P-TECH students is their public speaking and interviewing skills. The more tenured students demonstrate more confidence and composure in interview or public speaking settings because their lessons have exposed them to those situations regularly.

Whether students are working on a global supply chain project with Jeffords Steel, developing a town hall meeting in partnership with Mountain Lake PBS, or building awareness about other North Country initiatives through photography and other media, “the [P-TECH] experience is really like one big job interview,” said Armani. “We integrate all disciplines at once with real-life projects, rather than focusing on one subject area for 42 minutes.”

The Fourth Year for a Student

The fourth year of ADK P-TECH studies involves a comprehensive capstone project. Each project gives students an opportunity to conduct real-life research and collaborate with industry leaders. Through a successful partnership with Clarkson University, fourth-year students are required to present their projects at the Clarkson Business Plan Competition, which takes place in April.

This year, one group of students is using coding and technology skill sets to create a concussion test that can be used to assess athletes in real time while collecting long-term data to track trends. Another group is focusing on wind energy and how to improve its efficiency. Still other students are planning and coordinating a North Country Women’s Summit with the goal of fostering a community with more appreciation for diversity, inclusion, and social justice. In addition, there is group of students working to develop a mobile app that will provide 24-hour access to counseling services for those who are struggling with addiction post-rehab. Students are working on other amazing projects as well.

Once their capstone projects are complete, the fourth-year students will already have made significant progress toward their college degrees. “There are currently 20 fourth-year students at Clinton Community College who will have earned 20–26 credits by the end of this school year,” said Armani.

Building a Program with Partnerships

Foundational collaboration and support from community partners is what has fostered the sustainability and growth of ADK P-TECH. According to Armani, initial guidelines for who could become a community partner were almost non-existent. “We were truly a blank canvas—with regard to how we were going to fund our P-TECH program, how we were going to set up our physical spaces…. There wasn’t a playbook from State Ed telling us, ‘These are the rules.’”

The list of local partners who stepped up to support ADK P-TECH is extensive. From the manufacturing scene, companies such as Spencer ARL, Camso, Nova Bus, Mold-Rite Plastics, and Bombardier, as well as many others, have lent their support for the students as industry partners. Each partner has added value to the program through site visits for students and by helping to shape industry- specific curricula over the years. Their input has been a core facet of ADK P-TECH’s success. Armani said that ETS Staffing & Recruiting also has been a foundational partner, providing workforce development knowledge and helping to facilitate other regional partnerships that help ADK P-TECH develop meaningful, industry-specific curricula for its students.

In addition, companies and organizations such as the BoireBenner Group, the Development Corporation, the Northeast Group, and Vision2Action have brought forward their energy, positivity, and community influence to help raise awareness of the program.

What Makes an ADK P-TECH Student?
“I’m often asked what makes a P-TECH student,” said Armani. She admitted that the admissions process has become very competitive since the program’s beginnings. “We work really hard to create a diverse student body, and we look at a lot of criteria.” Students and parents who are interested in the program can find specifics about ADK P-TECH admissions criteria online (at www. perucsd.org/Page/2236), but students can also acquire an application from their local school counselor. Local school personnel review each prospective P-TECH student’s application for admission in addition to the review by the ADK P-TECH Interview Committee, which includes the ADK P-TECH coordinator, school counselors, and some community/ industry partners.

“The best P-TECH student—and what I hope the P-TECH program develops—is a person who values learning,” said Armani. “Ultimately, I hope this will bring value back to education.”