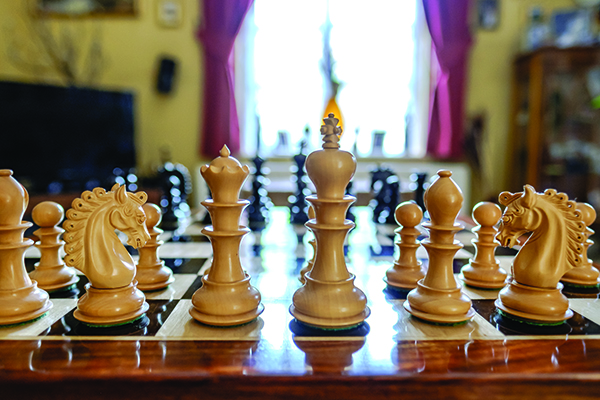 Every year, the Board of Directors and management staff of the North Country Chamber of Commerce engage in a Strategic Planning Retreat. This year we will be in Lake Placid on November 16–17, assessing our progress over the past year, receiving briefings and insights from guest presenters, and updating our strategies and priorities for 2018. The Opening Dinner on the 16th will include an invitation to past board members and a number of special guests, while breakfast and initial sessions on the 17th will include participation by representatives from our 13 partner Chambers across the region, along with a strategic session with key government affairs partners such as Unshackle Upstate and the Business Council.

Last year, the retreat established the following priority areas for 2017:

Transportation Equipment & Aerospace: Including the launch of NAmTrans as a cluster support initiative, finalizing the Norsk Titanium project, securing a partnership agreement with Aero Montreal, and assisting in the maximization of the Institute for Advanced Manufacturing at Clinton Community College.

Economic Development: Supporting the continuation of the new regional approach to economic development by the State, securing State Airport Competition funding for Plattsburgh International Airport and stepping up the economic development side of the airport mission, working actively with our friends in Franklin County to build and enhance their economic development efforts, cooperating with the City of Plattsburgh to maximize the Downtown Revitalization Initiative, further building our small business programs including SCORE, and providing priority attention to a number of specific economic development projects.

Quebec-New York: Actively supporting and defending the U.S.- Canada economic partnership at all levels, particularly in the context of a reopening of NAFTA, while working constantly to broaden and deepen the North Country’s connections with Quebec in all ways possible.

Organizational Development: Achieving reaccreditation at the highest level by the U.S. Chamber of Commerce in 2017, a process now well under way.

We believe that our progress in all of these priority areas has been especially strong this year, positioning us well during the retreat to consider next steps and phases designed to continue current progress while always being open to reframing some things and considering adding something new to our strategic priority list. Most of these key thematic areas, such as Quebec-New York, Economic Development, and Transportation Equipment/Aerospace will remain strategic commitments without a doubt, but with new subsets of issues, opportunities, and goals to be pursued in 2018.

In the end, we will again have an ambitious and challenging set of Strategic Priorities which will be drafted and refined for presentation to the Board in December. But we will also leave the retreat with valuable insights and information, renewed teamwork among staff and board members, and continued engagement as a regional chamber with our regional partners.