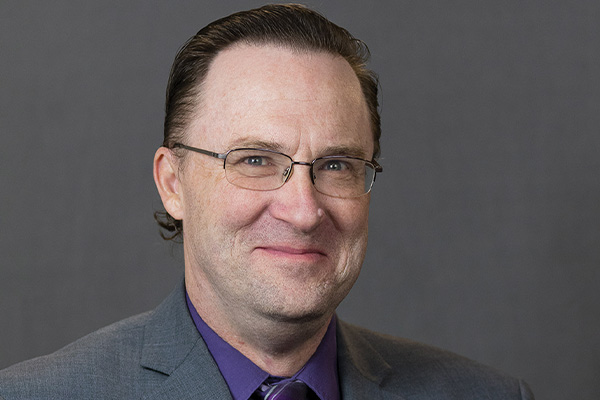 COMMUNITY INVOLVEMENT: Board of Directors for the Depot Theater in Westport, the ALICE
Steering Committee for the United Way of Northern New York, member of Plattsburgh Rotary Club, Chair of the Association of Public Broadcasting Stations of New York

As a young college graduate, Bill McColgan had dreams of becoming a television news reporter. He landed a television programming and public affairs job in the Boston area and slowly made his way into the cable industry. McColgan spent much of his early career focused on overall programming and management for cable television operators. His role gave him experience writing agreements
with local towns, as well as programming and production management. Later, he was instrumental in the launch of two regional cable networks in New England, serving first as Director of News and Public Affairs Programming, and then as Executive Producer and Director of Sports Programming.

Despite the success he found in the cable industry, McColgan felt like something was missing in his career. “I had reached a point where I wanted to have a passion for the mission,” he explained, “I wanted to work for a television station that truly mattered to the community.”

McColgan found his missing piece at Mountain Lake PBS (MLPBS). He and his family moved to Plattsburgh in 2015 when he assumed the role of Director of Production and Content for the station. Two years later he was selected as President and CEO of MLPBS, where he works closely with its Board of Trustees on strategic management with a priority focus on both the capabilities and responsibilities of a public broadcaster.

When he is not at work, McColgan has a keen interest and second career in musical theater and performing arts. He admits he struggles with too many interests and too little time. He met his wife while covering a theater production in which she was performing, and their relationship led to his expansion into performing as a singer and actor in various venues around New England.

“Theater is a passion of mine,” he explained. “The North Country has a really interesting and vibrant performing arts scene relative to its size.” The whole McColgan family is involved in community theater, recently performing in the local production of Into the Woods, and at the Curbside at Harborside event series.

Following are excerpts from Bill McColgan’s interview with Strictly Business.

BM: During my cable career I had a new boss who came in and really shook up the entire organization in a good way. He had a vision for how a cable company’s original programming division could be structured more effectively to better serve subscribers as a regional network. He tapped me for the role of organizing smaller news shops that were scattered around a disparate region and bringing them together into a cohesive unit. We brought all that talent together into one department in a way that we could serve all our subscribers more consistently in both a global and hyper-local way.

SB: What is your approach to management and leadership?

BM: I think collaborative leadership is important. I try to take advantage of the talent and ideas of the people around me and foster an environment of autonomy coupled with accountability. I understand that people have their own great ideas on how to do their work, and they benefit from sharing the responsibility of getting it done.

SB: What do you look for when you hire?

BM: It really comes down to fit. I look for people who can show me that they want to work here, and that the job we have is the job they want. Not just any job, but that they have a passion for this job. I also look for the ability to communicate effectively, which really means being able to listen well.

BM: Success is when you’re passionate about what you’re doing, and you feel like you’re making a difference. It can come from your job or just what you’re doing in the community. It must be balanced with a personal life and a support system of family and friends. Mutual support helps you to be an active, present person in both your family and your business.

SB: Tell us about the greatest failure or missed opportunity of your career.

BM: I did not seek out a mentor early on. I had just enough hubris to believe that I could make it on my own and didn’t need a lot of advice or help. I’ve since learned that we are interconnected, and we learn a lot from each other. I should have done a better job cultivating mentor relationships and, for that reason, I take extra care to find opportunities to mentor others.

BM: I’m really proud of this station and of the work we are doing here. We’re not just a television station. We celebrate not only education, but culture and our overall sense of place in this community. I’m especially proud of how we have partnered with local organizations like The Adirondack Experience, the United Way, the Strand Theater, and so many others to serve the community and do work that matters in our beautiful corner of the world. We’re a station that people in the North Country can truly think of as their own.

SB: What pandemic-driven adaptations did you make that are worth keeping?

BM: I think from now on we will always have a virtual component to our gatherings and our meetings. For an organization like ours, with membership and viewership up to Quebec City, the ability to connect to people virtually and online has become really important to us. Television and public media were already in a rapid state of change before the pandemic, so this just forced our hand to adapt faster. We already knew that we had to find a way to meet the growing demand for
interactivity. With the technology we have, there is an expectation to build in some interactivity and the ability to spark dialogue in everything we do.

SB: If you could talk to your younger self, what advice would you offer?

BM: When I was just getting out of college, I did not realize how fleeting time is, and I was not as focused as I should have been. I had lots of interests and tried to express them all at the same time. I was traveling around doing some performing, doing a little bit with my reporting and doing a bit of networking to try to get into a production management job. I had many news directors across the country who really showed an interest in me, but I didn’t take full advantage of that and follow up. In retrospect, I passed over opportunities to build relationships with those folks that may have led to some great experiences.

BM: I do shows with my family. I’ve met a lot of friends up here through theater and the performing arts. We perform whenever we can, in a variety of venues both in the North Country and back in Massachusetts. During the pandemic I have had both of my kids with me, so we enjoyed getting in the car and exploring the area, having family adventures together.

SB: What book has had a significant impact on your outlook?

BM: I love history. I grew up not far from the birthplace of President John Adams and he has always been a hero of mine. David McCullough’s book 1776 really opened my eyes to the man and the challenges he overcame. That stage in our nation’s history was a time of upheaval and division. Looking at where we are today, that time shows that we can get through periods of conflict and find ways to come together. It isn’t always pretty, but it can happen.

BM: I think there are two critical areas. The first is building a true 21st century infrastructure between the many parts of our community. Early in the pandemic we realized that so many homes in this area did not have reliable broadband access, so our educational programming needed to remain accessible on our over-the-air television channel. If we want to attract more people to live in this area, we need to expand broadband access so that we can offer real interactive ability and be able to share data. The second area is to invest in the next generation and support area schools. Strong schools not only benefit kids, but they also benefit the whole community by attracting new families to live there.