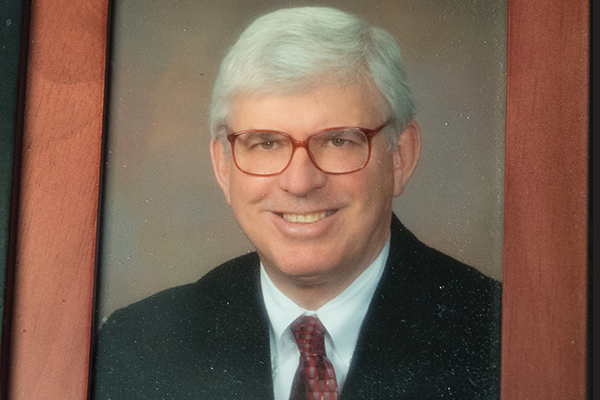 Insurance is often referred to as a “trust me industry,” where honesty and integrity are foundational pillars of long-term success. Furthermore, the complexity of the industry leaves most consumers in a position of trust and dependence on their insurance agents. They make a buying decision because they have faith in their agent, the products he or she represents, and that they will be covered if something terrible happens.

OPEN FOR BUSINESS AT 20 BRINKERHOFF STREET

In 1908, the league folded and Harry’s transition into a new career began. In 1918, Harry started Booth Insurance Agency, which included both real estate and insuring services. Harry went on to sell insurance products to the citizens of the North Country for nearly 30 years, building a business based on honesty and integrity.

Alan H. Booth joined his father, Harry, in 1933 after graduating from Williams College, but was then drafted during WWII. After returning from the war, Alan H. rejoined his father. In 1946, Harry Booth passed away and Alan H. moved the business onward into the future, ultimately starting a career that would span more than 60 years.

Enter Alan B. Booth, current owner of Booth Insurance Agency. Alan B. didn’t join the family business immediately after graduating from Hamilton College. Instead, he served as an officer in the U.S. Navy and then was employed by the General Electric Company (GE) for eight years. Home base was in Schenectady, but once the younger Booth became a member of GE’s corporate audit staff, he began to travel extensively. “I worked in 22 different cities my last year on the audit staff,” said Booth. Shortly after, in 1977, he left his position at General Electric and relocated to Plattsburgh. It was time to work for himself, join his father, and carry on the family legacy at Booth Insurance. He eventually met his wife, Jennie Booth, in 1990.

The success and longevity of Booth Insurance Agency comes back to the secret sauce of the industry: building trust and respect from your customers. Since its beginning, the business has focused on providing its clients with the best coverage possible. In particular, Booth has taken great pride in the business’s liability

In a Strictly Business cover story from February 1996, Alan B. Booth referenced the agency’s strengths in liability insurance products. Overall, Booth Insurance Agency has continued to have a healthy mix of both commercial and personal products.

Another key reason for the agency’s success has been its commitment to the North Country. Booth, and his father and grandfather before him, have always made the business part of their every- day life. At the end of the day, it’s always been about taking care of customers.

BOOTH INSURANCE AGENCY TODAY AND BEYOND

“I’ve been very lucky,” said Booth. He continues to remain tenacious and committed to serving each of his clients. Although he doesn’t appear to have any intention of retiring any time soon, potential buyers have approached Booth in recent years. For now, he plans to continue doing what he loves.

Booth said he is incredibly thankful to a long list of people who have supported him and the agency over the years. His father and grandfather, Alan H. and Harry, were major influences and inspirations for him throughout his career. In addition, Booth also recognized his mother, Dorothy, for her contributions and inspiration; and his wife, Jennie, for continued love and support.

Booth also pointed to the long-time employees of Booth Insurance Agency—Dorothy Myers, Monica Tabor, and Katrina LaBarge—whose commitment and contributions to the agency have been crucial to its success. Most importantly, Booth thanked all of the agency’s customers—past and present—for their business.

“This is a great industry,” said Booth. “Keep a smile on your face… open the door…and do the best you can.”