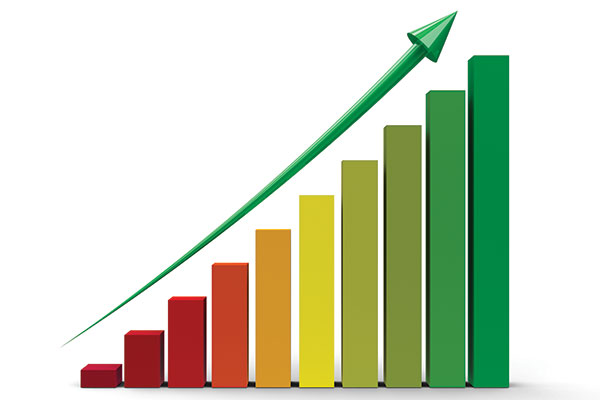 Earlier this month, the North Country Chamber of Commerce once again conducted its Annual Issue Survey, establishing the opin- ion of the regional business community on a number of key federal and state issues, while also establishing the 2017 Business Confidence Index.

I see several factors accounting for this optimism, certainly including recent trends and indicators such as rising employment, a strong prediction by the Federal Reserve of growth in the state economy over the next six months, and general strength in the markets.

Closer to home, we have recently enjoyed the selection of Plattsburgh as the site for Norsk Titanium’s revolutionary RPD production facility for titanium aerospace components, secured with a state investment of $125 million; the award of $38 million by Governor Cuomo for the next phase of development at Plattsburgh International Airport; the selection of Plattsburgh to receive a $10 million Downtown Revitalization Initiative award; the current construction of the $12.7 million Institute for Advanced Manufacturing at Clinton Community College; $61 million in Regional Economic Development funding in December for an array of area projects; and other transformative state commitments such as $20 million for Whiteface and Gore and $32 million for the “Gateway to the Adirondacks” project in North Hudson. Plus, our success in retaining more of our business from our Canadian neighbors than any other border region we’re aware of.

As in other recent years, this finding tells the Chamber and its economic and workforce development partners that we are doing the right things and pursuing the correct strategies, which is important to know. Our focus on maintaining our place as a diverse manufacturing hub while also specifically growing our role in Transportation Equipment & Aerospace and positioning ourselves on the cutting edge of new manufacturing technologies—all while excelling in the realm of Foreign Direct Investment—is working.

In addition to expressing continued optimism, the region’s business leaders also gave us clear direction on their opinions and priorities in Washington and Albany this year. On the New York State level we learned the top priorities are as follows:

There is also real concern over the potential impact of the currently proposed “Buy American” mandates that may be placed on future state contracts, with a majority of 54 percent opposing any such new mandates as unacceptable interference in business and a source of increased cost to taxpayers; while another 29 percent are open to Buy American requirements so long as Canada is not included, recognizing the strong integration of U.S. and Canadian business.

Continuation of the Regional Economic Development Council system was embraced by 95 percent, with only 5 percent supporting more state grant authority by state legislators. And clearing the way for ride-hailing services upstate such as Uber and Lyft is supported by 90 percent.

On the federal level, the overwhelming Number 1 priority is “protecting the U.S.-Canada economic relationship from any adverse impact.” Number 2 is the enactment of substantial federal tax reform leading to a simpler 15–20 percent corporate tax rate, and Number 3 is significant federal regulatory reform and relief. In addition to these top matters, 83 percent support major new federal funding commitments for the nation’s infrastructure, and 70 percent want to see major changes in the Affordable Care Act including repeal of employer mandates while 30 percent believe the ACR should be left mostly as it is.

These and other findings have been conveyed to our state and federal officials and are already supporting our active advocacy efforts in Washington and Albany. And the optimism expressed in the Business Confidence Index is again reinforcing our strategic and marketing efforts, and drawing further attention to this unique area of upstate New York and North America.