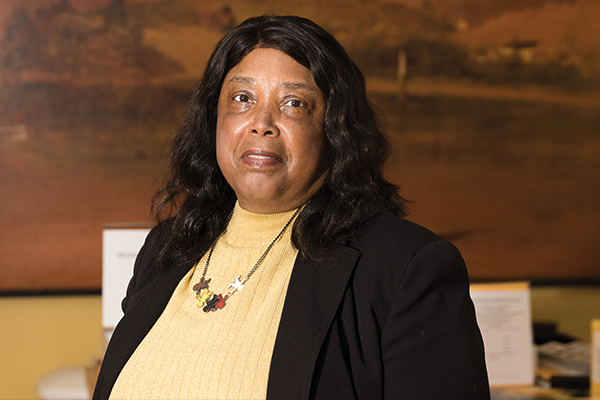 In 2004 a meeting at the North Country Cultural Center for the Arts launched the North Country Underground Railroad Historical Association. Seven years later members were proud to finally open a brick and mortar museum located in AuSable Chasm, NY. The museum tells the stories of the freedom seekers who passed through the North Country on their way to Quebec and Ontario and those who facilitated the travelers. The layers of history that have been curated by the organization are simply amazing.

The North Star Museum shares the stories of the resilience of the freedom seekers alongside those of brave abolitionists. One of the many accounts you can learn about during a visit to the museum is the story of John Thomas. Thomas was a slave on the Ezekiel Merrick Plantation in Maryland. When his wife and children were “sold to Georgia” in 1839, he successfully escaped to Philadelphia via the Underground Railroad and was sent North, finally reaching Troy where he met Gerrit Smith. Smith was a wealthy abolitionist who offered Thomas 40 acres of land in Franklin County. Thomas worked that land, eventually selling it and purchasing 50 acres in Bloomingdale, NY, which he expanded to five times its original size. It was there that he and his second wife raised their children. When he passed away his obituary, which was printed in the Malone Palladium — the local newspaper at the time — was a lengthy one. That was not typical of individuals of that era, especially former slaves.

Currently at the helm of the North Star Museum is Jacqueline Madison who referred to those early abolitionists as, “our first social rebels. They had to be willing to buck the system for what they thought was right.” Madison went on to describe the laws at the time, “Under the Fugitive Slave Act if abolitionists were caught actively helping the freedom seekers they could be severely punished.”

Madison has been involved with the Association since 2005 and became its president in 2012. She explained, “There are families who have a strong antislavery history in this area and we’re privileged to share the stories of their ancestors’ contributions to freedom.” Madison was quick to share that the museum would not have been possible without the tireless work of founders, Don and Vivian Papson, who did the original research. Don was the first Association president and currently is a Board member and the curator. Vivian remains an active member and is the power behind Don.

Madison, who is from the Carolinas, came to Plattsburgh with her husband who retired from the military. They were living in Kansas when his career was over, but he made good on a deal they’d made. “He’d always said that once he retired he’d follow me wherever I wanted to go. I’d followed him all over; it was my turn,” she shared with a giggle.

Continued education has always been important to Madison. She earned her Master’s degree in Library and Information Science as an adult learner. That degree, coupled with her undergrad degree in chemistry, gave her the perfect skill set for a job at Wyeth Laboratories. As a Principal Information Analyst, Madison stayed in the position for 13 years. When Wyeth/Pfizer left Chazy, she became the director for a local public library and a volunteer at the North Star museum which shares space with the Town of Chesterfield Visitor Center on the Mace Chasm Road. The building was originally constructed for Herbert H. Estes, a Civil War veteran and the Superintendent of the Au Sable Chasm Horse Nail Works. After the last care- taker left, the home fell into disrepair, but was restored by the town. Gerry Morrow, the Town Supervisor spearheaded the renovations and has been a tremendous supporter, as well as Tim Bresset, the manager of Au Sable Chasm. Last year the museum had upwards of 5,500 visitors from around the world and Association members are hopeful that the numbers will continue to grow.

The Museum is open Memorial Day weekend to Columbus Day. It offers educational programs which are available to schools and to the public. Madison spoke about the “trunk program” which bring some of the museum into the classroom. “The trunks allow the students to interact with history that took place where they live.” A travelling exhibit on modern day slavery is also available for schools and libraries.

And, that’s not all the Museum offers to the community. During its open season it offers bus tours with a variety of area stops so that participants can get the feel of walking on some of the paths that the freedom seekers walked. The tour explores sites on the Underground Railroad, which wasn’t really a railroad or train at all. It was a network of people doing what they could to help others get the freedom they deserved. The tours explore sites in the Keeseville and Peru area, including a stop at the former Stephen Keese Smith farm in Peru where the barn holds a hidden room. Madison shared, “Our mission is to preserve, interpret, promote, and celebrate the history of the North Country and acknowledge its relevance to the present.”

The North Star Underground Railroad is a part of a network of local educational opportunities that highlight the abolitionist movement in the North Country before the Civil War. Another organization is the John Brown Farm State Historic Site in Lake Placid. “We would like to inspire people to rise above their differences and celebrate the importance of freedom and the resilience of the human spirit,” Madison concluded.