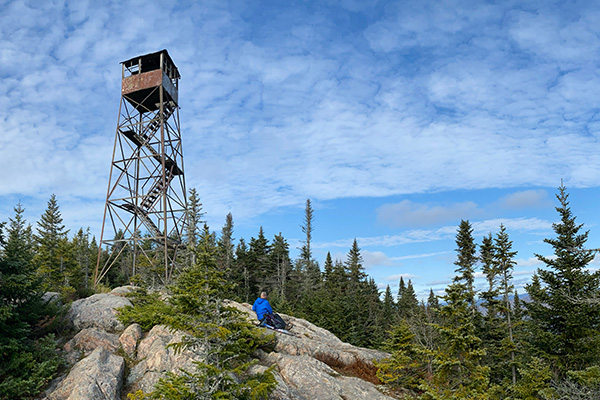 Roots are deep in our region. No American region has been in the midst of so many conflicts, from the French and Indian Wars, to the War of Independence, then the War of 1812, and many skirmishes in between, and some since. It’s not that our region is conflict-prone. Rather, people are attracted to the bountiful resources and the quality of life this region provides, and, sometimes, with such commerce comes conflict.

It is a testament to the resilience of this region that we have navigated this conflict of past centuries. Indeed, it is this resiliency that characterizes our region and this magazine.

Such resiliency occurs when a region realizes there is something worth preserving that is bigger than any single generation. That’s what defines the North Country.

This region is a confluence of good bounties. Endowed with rich natural resources from our forests and streams, our geology and soil, and our relatively moderate climate, generations of miners, farmers, lumberjacks, millers, hunters and fishers sustainably harvested what this region has provided for millennia.

But bounty is not enough for success. The surpluses of specialization are superfluous if trade cannot bring these products to markets elsewhere. And, there is no reason to trade if we cannot enjoy the imported products brought back in return.

Finally, we need robust and resilient commerce to peddle in these goods. Once a region can establish its capacity to trade, only then can other businesses develop to bring to us the services we enjoy, from doctors and lawyers, insurance agents and bankers, teachers and priests, restaurants, museums, and the arts.

For a region to maintain these commercial relationships for three centuries is not only a testament to the sustainability of our natural resources. It speaks volumes about the resiliency of our industries, our families, and our institutions that have delivered to us the goods and services we need to survive.

We all remember from high school our lessons in biology and the web of life. That intricate dance of the species, in precise balance for tens of thousands of years, is no different than our economic web. Just as species thrive and adapt out of necessity and opportunity, so do entrepreneurs. And just as the Animal Kingdom is ruled by Darwin’s notion of the Survival of the Fittest, so too is the fate of the enterprises that arise to meet our evolving needs.

There must be something in the DNA of those businesses that thrive generation after generation. Just imagine a very different economic environment where there were no automobiles and hence day trade between towns dictated that they could only be seven to ten miles apart so one could complete round trip business before sundown.

Businesses such as the Champlain Telephone Company were founded shortly after the dawn of the 20th century. Communications, followed by transportation, transformed our sense of trade, in goods, services, and ideas, all within a generation. A War to End All Wars, a Great Depression, and another World War preoccupied our attention for the next generation, but commerce continued on.

The period following World War II saw rapid industrialization and urbanization, which dramatically changed our commercial landscape in this decidedly rural region. But still, our local commerce kept beating on. Part of the reason is that the trade in goods became less important as services and quality of life became much larger shares of what we value.

Still, our local commerce adapted to cater to these “untraded goods and services” that now define us. Perhaps gone are the haberdashers that some of you remember. We now enjoy a renewed Strand Theater, a vibrant music scene, a modernized Champlain Valley Physician’s Hospital, the celebration of Ausable Chasm, and, of course, everything Lake Champlain and Lake Placid have to offer.

For four years I’ve peered at photos of Plattsburgh from a century ago. Certainly the downtown changed dramatically with suburbanization and with a mall located to capitalize on a newly built Northway. The City and the Town will change again as the once-waxing malls now wane, replaced by Amazon and Netflix.

Our resiliency will be challenged, as it was with the invention of the railroad, the truck, and the Internet. But, while it will be tested, it won’t be threatened. Just as local commerce transformed itself numerous times in the past, it will again. Our commerce reflects our values.

We value our region, our relationships, our climate, and the natural beauty of our surroundings. That has not and will not change. So long as such constancy exists, people will still value living here, even if more of our hours and more of our trade is conducted through tiny fiber optics lines that connect us instantly to anywhere in the world.

When that Internet-based commerce is transacted, though, we still want to go outside and enjoy nature, and we still value the sense of history and place that no technological revolution can take away from us.

That is the basis of our resiliency. It is why we have businesses that can last a hundred years. And it bodes well for the next century. You see, things can change, but what our region has to offer is getting better and better all the time. Let us thank those entrepreneurs who have believed in our region and have become such an important ingredient in our cultural and economic fabric.