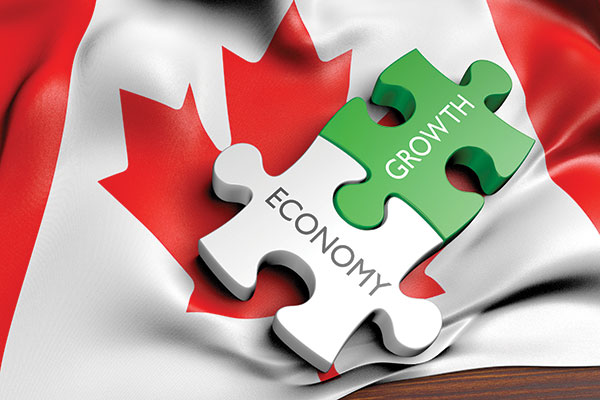 There is no greater driving force in the North Country economy than our multi-faceted economic relationship with neighboring Canada. And no greater power behind our current and future opportunities for growth and progress.

That is why the North Country Chamber works aggressively and constantly on all aspects of this connection. And in light of the bi-partisan rhetoric of last year’s election campaigns and a new administration in Washington that has spoken of “tearing up NAFTA,” it is why our top commitment this year is the protection of this unique economic partnership in collaboration with a number of our strategic partners.

Our key aim has been to differentiate the U.S.-Canadian economic partnership from all other bilateral or multi-lateral trade relationships, making the case that ours is actually the “gold standard” for such agreements, having created an increasingly integrated economy within which we make things together vs. send boxes to one another. And as we and our partners used every conceivable channel to provide this perspective in Washington, we saw encouraging signs in the early weeks that, indeed, references to NAFTA were actually aimed at Mexico and that the new administration in fact valued our special ties with Canada.

The culmination of relief and reassurance came with the recent Trump-Trudeau summit in Washington. We would have felt good if it had simply reflected an appropriately warm and positive tone. But in the end, it did much more than that, including a Joint Statement that actually drilled down into several specific issues we had developed concerns about. This included the embrace of the U.S.-Canada Pre-Clearance Agreement, continuation of joint regulatory relief discussions under the Beyond the Border Agreement, and seeming recognition that exit documentation at our northern border can be collaboratively achieved through U.S.-Canada information sharing.

There now seems binational consensus that the U.S.-Canadian free trade relationship works for both countries, with discussions to focus on “tweaks” that can enhance and build upon it vs. efforts to diminish it. Time will of course tell, but it has been an encouraging start.

And so, attention has turned at this stage to Albany where our Canadian friends are very concerned about proposals to impose broad new “Buy American” mandates on state contracts and projects. Here again, we fear that the special economic partnership we enjoy with Canada could be “side swiped” by efforts that are likely more aimed at things such as Chinese steel and materials or goods produced in low wage, low environmental standard countries.

We are therefore actively pointing out:
• Manufactured goods coming into the U.S. from Canada have 25 percent U.S. content, reflecting the fact that we are producing things together.
• Canada is New York’s #1 export market, with $30.4 billion in cross- border trade between Canada and New York State alone each year.
• An estimated 680,900 jobs in New York depend on trade with Canada.

The outcome will be known soon, but this has proven to be a much tougher struggle than we have encountered in Washington, in part because “Buy American” superficially seems so “Mom and apple pie” in the current political environment.
And whichever way this proposal turns out in Albany, the remainder of 2017 and probably beyond will continue to be a time of active challenge and advocacy for our region’s single greatest economic force: the U.S.-Canadian relationship. We fully anticipate an unprecedented period ahead of issues, challenges, surprises and opportunities, which we will continue to confront and pursue with partnership, determination and facts.