Champlain Centre, the most northern of Pyramid Corporation’s fourteen malls, has been around since 1987, successfully weathering recessions, fluctuations in the Canadian dollar, the explosion of on-line shopping, and ever-changing consumer preferences. When I was a teenager going to the new mall nearby was a thrill for me. Two levels of upscale stores, an indoor waterfall, lots of greenery, and dozens of other high school kids roaming around made for a heady environment. I was hooked. Years later, when I came to the Plattsburgh area for a job, I was not surprised to find the area fascinated with— even proud — of its mall, the old Pyramid Mall. That mall was landlocked, and Pyramid wanted room to expand, so a second mall was constructed. The old mall was eventually razed, the land redeveloped and the current mall began its run.

The “new” mall occupies a 75.5-acre parcel, with about 14 acres taken up by retail floor space. Although the Target store is connected to the northern end of the mall by a wide corridor, it sits on its own 10-acre parcel which is not owned by Champlain Centre North LLC, the Syracuse-based owner of the rest of the mall.

Emily Moosmann is Pyramid’s Plattsburgh marketing director, with responsibilities for public relations, social media, communications, and drawing in customers. She said, “My favorite part of my position is holding events at the mall and working with community groups. Champlain Centres hosts around 135 non-profit events each year and partners directly with 65 local organizations. Organizing events is what I miss most during the pandemic.”

According to Moosmann the mall’s trade area contains a population of 2.8 million, extending well into Canada and Vermont. “Even with the border closed our traffic has remained strong and continues to surpass pre-pandemic levels. Our trade area is strong enough to sustain our center and other businesses in the area. Plattsburgh is a sleeping giant of commerce, ranked #26 on the list of the nation’s top 542 micropolitan areas for economic strength by the research firm Policom.”

Across the U.S., many malls are having a hard time. Too many were built at the height of their popularity in the 1970’s, creating nearly identical experiences with big anchor stores, a fancy fountain or carousel, and a food court. Shoppers gradually lost interest, and the recession 12 years ago closed a lot of malls. As the recession eased, shoppers began spending online, further damaging malls as well as other conventional retailers. Today, the malls with the highest dollar sales per square foot are in wealthy communities and feature pricey restaurants and high-end retailers like Apple and Lululemon.

When asked about competing with online retailers, Moosmann noted, “You cannot buy a new dress for date night on Amazon and get your hair and nails done on the same visit.” She detailed the evolution of retailing in malls: “Anchor stores were originally the big traffic drivers. As time has progressed this model has changed. Shoppers are finding new reasons to visit. Today malls offer entertainment, professional services, office space, and even hotels. Now anchors are often not retail based, like our anchor Regal Cinema. Big box stores are deploying smaller footprint stores through their portfolio, similar to our new Kohl’s.” Moosmann went on to explain, “Pyramid has been on the cutting edge, incorporating new and unique uses and innovating the customers’ experience as shopping centers evolve with the times. Strong brick and mortar properties will always be a large piece of the omni-channel retail experience.”

The Coronavirus is clearly not behind us, and the return of Canadian shoppers, while certainly much hoped for, is an unknown at this time. However, Moosmann noted that two new tenants, Ollie’s Bargain Outlet and the discounter Five Below are scheduled to open in the near future. She remains bullish, “The future of the mall looks bright. Our owners are visionaries and have been in the business for almost 50 years. They saw the need early on to diversify their properties. Diversity is the answer to the future of our industry and, even though restaurants and entertainment venues may lag others in reopening from this crisis, they are still an important ingredient in the complexion of enclosed malls for the future. Change is nothing new to us.” 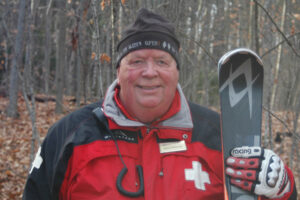