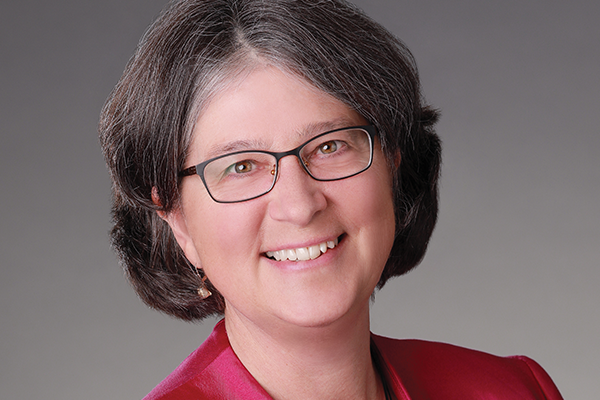 The Lussi family owns and manages an impressive number and variety of hospitality and tourism operations in the Lake Placid area. Cristina Lussi, along with her siblings, Art and Katrina, have grown up in the business that their parents began in the 1970’s. Family patriarch and matriarch Serge and Caroline Lussi met as ski instructors at Whiteface. Seeking livelihood that did not depend so heavily on physical conditioning, they made their debut in hospitality management with a partnership in the former Holiday Inn in Wilmington.

During the last four decades the family lodging business has expanded to include a marina, a golf course and additional venues. Today, two generations of the Lussi family co-operatively own and manage the enterprise, with the third generation up and coming. Cristina Lussi recently sat with Strictly Business to share her perspective with our readers. Her focus in the family business is in sales, marketing, and the operation of the Crowne Plaza hotel. In that role, she still works closely with other members of her family, where every- one has an area of expertise. “My brother and my dad take care of the golf courses, my sister does a lot with food, beverages and renovations, my mom is the CFO, and my dad is the entrepreneur and chief thinking officer,” Lussi explained.

Working closely with family members can be challenging to say the least, but the Lussi family seems to have found a healthy balance. Cristina and her siblings are in the thick of things, but their parents are “a great source of knowledge,” and still a vibrant part of the business. Lussi proudly shared lack of agreement as a family strength. “We never agree, which is interesting,” she said, referencing a bit of non-conventional wisdom that calls out constant agreement among teams as a weakness rather than a strength in business. “We all work together and disagree, but we can still separate the business from the pleasure at the end of the day,” she concluded.

Following are excerpts for Cristina Lussi’s interview with SB.

SB: What important lessons did you learn early in your career?
CL: My mom often said that the only thing that remains constant is change. I used to try and make everything black and white, so it would be organized and then set. I learned that if you want to remain relevant in business, you have to adapt and grow and change. If your business is not moving forward, then it is absolutely moving backward.

SB: Who was your most influential mentor?
CL: My parents, hands-down. Each offered so many different perspectives. When I first came back to the business my dad needed someone in the sales office. I was a French teacher before that, for two years. I had no idea what sales was at the time. My dad would send me out and I would come back with a whole bunch of questions. He would not always tell me how to get from Point A to Point B, and that was incredibly frustrating at times. I look at that as mentoring, because life isn’t always so easy, and you have to learn how to figure things out.
My mom is the most tenacious woman I have ever known. She faces a problem, confronts it and overcomes it. She has done that time and time again. Nobody taught her how to do things, she is a woman who figures things out for herself.

SB: What was the best piece of advice you ever received?
CL: If you don’t ask, you don’t get. In sales, that means that if you don’t ask for the piece of business, you will never know what the answer would have been.

SB: What advice would you offer to someone starting his or her business career?
CL: Find your passion and the work will come — and the money will come too. All too often people go into a job or position because of someone else’s expectations. They sometimes think that what they want to do is not “good enough” to impress a parent or someone else. Don’t get hung up on titles and positions, because when you do some- thing that you really like, the title doesn’t really matter. Everything comes into place.

SB: Tell us about your approach to management and leadership.
CL: I think my style is pretty tough. I did not realize how tough I was until I did a 360 evaluation about 15 years ago. I learned that my team thought I was tough and difficult, and that I did not empathize. Over the years since then, I have really learned to get out of the way. I don’t have all the answers, and that is okay because we have a really capable team of people. The goal is to let your team shine. We celebrate successes and do not take failures personally. You have to have failure in order to grow.

SB: How did your family influence your style of leadership?
CL: My grandfather was a championship figure skating coach who worked with a cast of Olympic medalists, both world and national champions, during his career. His name was Gustave Lussi, and there is a hall named after him at the Olympic Center in Lake Placid. He demanded a level of excellence and discipline from his pupils. He also felt it was important to have a feeling of pride in one’s accomplishments. His influence taught me to think that any project tackled is one to be proud of, done with excellence and discipline.

SB: If you could start your professional career over again, what would you do differently?
CL: I would have taken a few courses at the Lausanne hotel school in Switzerland. Over the years I have seen first-hand what business theory says is supposed to work does not always play out in reality. I got most of my education through on the job training, so I’d like to take a few classes to see how what I know compares to what I don’t know.

SB: How do you work with others in difficult situations?
CL: My mantra has always been to put yourself in the other person’s shoes. Really try and understand why you got into such in a difficult challenge. Usually the solution comes out when you can listen very carefully to what others are saying, and even look at their body language. All of that is key in any business. If you understand that, you will be able to solve most problems.

SB: If you could have dinner and spend an evening with any well-known person, living or dead, who would you choose and why?
CL: Mildred Ella Babe Didrikson Zaharias. She was one of the great- est female athletes of all time. Born in 1911, she won two gold medals in track and field in the 1932 Olympics, won 10 LPGA golf champion- ships, and excelled in basketball and baseball. I think she would have been the coolest lady to talk shop with and talk about her love of sports.

SB: What is something no one would guess about you?
CL: I love opera. I am so heavily based in sports and do not play any instrument so that would surprise people. It comes from way back when my mom had records of operas and I would listen to them. Playing out a story through singing intrigues me.

SB: Tell me about your greatest failure or missed opportunity in your career?
CL: I failed to recognize early in my career that people quit other people, they don’t quit a business. Early in my hotel sales career I was all business. I walked into the office in the morning, and I went straight to work. I did not bother to socialize. I was on a mission to sell. I realized that a team is made up of individuals who want to be nurtured and to grow professionally.

SB: How would you like to be remembered?
CL: As the mom who opened her house to many people. I’ve had coaches, athletes — so many people stay at our house. Many athletes don’t have enough funding to stay at the Olympic Training Center. That is what I am known for. ‘Hostel de Lussi’ is what they jokingly call my house. I want to be known as the person who is not only hospitable in my work world, but also in my family world. I love the kids.

SB: What inspires you?
CL: Nature is inspiring for me. I am on the computer so often, that I like to unplug by getting outside. Walking in the woods, or a hike to the top of a mountain, or a cup of coffee gazing over the lake. Taking some time to be thankful for everything that I have. We live in a beautiful area. Nature has a calming effect and I really like that. Sometimes I get great inspiration for what I want to do in the sales office when I am taking quiet time in nature.