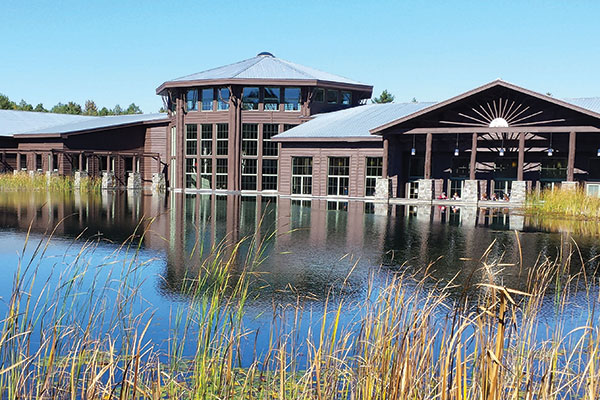 On October 2, the North Country Regional Economic Development Council submitted its Progress Report and Priority Projects to Albany as the core of this year’s com- petition for state economic development investments.

In the North Country’s foundational economic development plan in 2011, entitled Transformation, we noted the unique character of our region in terms of vast size, rural character, absence of a metro or economic center, lack of connection, diversity of its economy, and relative smallness of scale. We noted these as challenges in the face of traditional top-down approaches to economic development, but as unique opportunities in response to Governor Cuomo’s new region-by-region approach.

Instead of one or a few big bangs, we promised a steady array of firecrackers which, over time, would transform communities and, through a ripple effect, the North Country. And we pointed to our region as the place where relatively smaller investments made wisely over time could and would create large changes and, through synergies, real transformation.

We believe this promise is being fulfilled as the North Country has leveraged investment by the state in ways that are clearly resulting in vibrant, successful communities. And we see this approach providing a clear road map for duplication in more communities across the region.

Our report highlights three prime examples of the emerging success of our community-oriented approach in partnership with the state:
• Plattsburgh, rapidly emerging as a globally significant center for Transportation Equipment and Aerospace, in turn generating success in the competition for $10 million through the Governor’s Downtown Revitalization Initiative and the attraction of Norsk Titanium.

• Clayton, where investment in the creation of the 1000 Islands Harbor Hotel has regenerated the tourism economy and reinforced our commitment to 21st-century accommodations in smaller tour- ism hubs in areas like the Adirondacks.

• Tupper Lake, where the new Wild Walk at the Wild Center has greatly increased visitation, brought crucial increases in activity to dozens of hospitality businesses in the community, and helped to foster some 11 new enterprises.

This year’s proposed Priority Projects are following this pathway with important proposed investments in communities such as Potsdam, Lowville and Watertown, among other targets in every county. Our complete report and set of projects can be found at the North Country Regional Economic Development Council website (http://regionalcouncils.ny.gov/content/north-country).

We now anticipate making a formal presentation to the State Assessment Team in early November, with decisions and announcements likely in early December. We have a strong story of thoughtful and well-focused progress to tell and we know that we will achieve additional progress across the region in 2017.