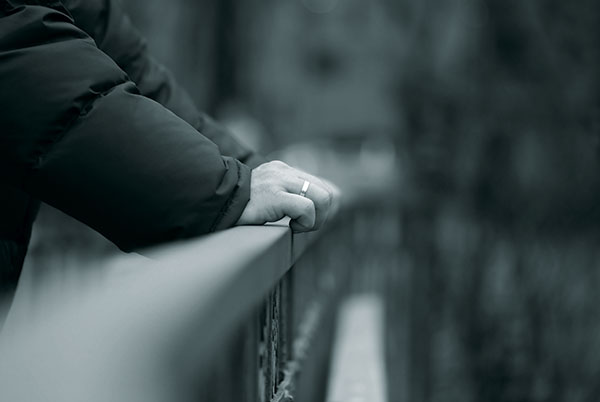 Many Strictly Business readers will recognize Bonnie Black as a frequent contributor on topics related to human resources and employee well-being. As director of Behavioral Health Services North’s (BHSN) Employee Assistance Services, she works with 160 businesses and organizations in the Tri-County area to pro- vide support services for employees experiencing personal problems that affect their personal lives and/or their job performance, as well as training for personal and professional development. 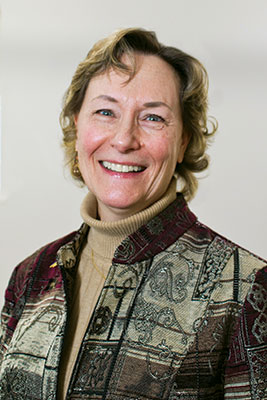 However, Black has another integral role that puts her at the forefront of BHSN’s efforts to make residents of the North Country aware of the crucial role mental health plays in their overall well-being. As director of BHSN’s Mental Health Advocacy Program, she spends a lot of time out in the community advocating for mental health and speaking out against the stigma of mental illness.

Clinton County has a significantly higher rate of death by suicide than the statewide average. Peter Trout, BHSN’s director of services, said that there a number of possible causes, including poverty, unemployment, and drug use—all situations where people aren’t connected to the mental health services they need. Those causes are magnified by a shortage of mental health professionals in the region. To combat that problem, the focus of much of Black’s advocacy work has been to educate the community about suicide and to make people aware of the help that is available.

Black was one of the original conveners of Clinton County Coalition to Prevent Suicide in 2006, and since that time, suicide prevention has become a passion of hers. Over the past 10 years, she has become a certified trainer for the North Country in nationally and globally recognized, evidence-based, best practice education on the various aspects of suicide—including prevention, intervention, and postvention. Today, BHSN’s Mental Health Advocacy Program works closely with the Coalition, which is now chaired by Amanda Bulris, director of the National Mental Health Alliance: Champlain Valley (NAMI:CV).

Black noted that suicide is the second leading cause of death in children and teens, and in white men over 75. “About every 13 minutes in the United States, someone takes their own life,” she said, and offered the following analogy for perspective: “If an airplane carrying 300 people crashed every single week, what would our country be doing? If suicide were a physical illness, people would say ‘We have an epidemic.’”

She pointed to the ripple effect that occurs when one person takes their life because they see no hope and feel there is nothing they can do to rid themselves of the severe pain. “For each one,” said Black, “think of how many people in their immediate family and their immediate social circles are impacted by that loss of life.”

With funding from a grant from the New York State Office of Mental Health, Black and colleagues from Essex and Franklin Counties have gone through extensive training—a week of training for each of the workshops they are certified to present—on the evidence-based best practices for educating the public on how to recognize the signs of a person who may be contemplating ending their life, how to intervene, and how to help that person heal and prevent mental distress in the future.

Through the Mental Health Advocacy Program, BHSN offers eight different workshops for a variety of different audiences, from a 45-minute “Not My Kid” presentation for parent-teacher organizations, to awareness and anti-stigma workshops for wider audiences, to more intensive two-day ASIST trainings for anyone in the community, especially crisis teams in schools. She also speaks regularly to social work and counseling classes at SUNY Plattsburgh, giving anti-stigma presentations and covering intervention strategies.

“A lot of what I do is talk about the fact that language matters,” said Black. “We don’t use the verb ‘commit’ any more. That’s old fashioned.” She said that BHSN has media kits available to help journalists write about the loss of life with- out using the word “commit,” and by using facts rather than myths. “We now train the media to use words like ‘died by suicide,’ ‘took their own life,’ and to use factual, non-emotional words,” she explained. “You say the word ‘commit,’ and what do you commit? A crime. It’s been more than 50 years since suicide was declassified as a crime in the U.S.; it has been taken out of local, state, and federal penal law.”

In her workshops, Black also encourages people to treat suicide the same way we now do with cancer—by talking about it. “My grandmother used to whisper about the ‘C’ word. She wouldn’t say it out loud. You just didn’t talk about cancer. Suicide is still that way. We don’t talk about suicide, but we need to.” Black pointed out that at-risk people often mask their symptoms and intensions; part of the training she presents helps train people to talk about suicide, ask important questions, and how to revisit those questions with a person at risk. “We can’t take the first ‘No’ from someone who is in distress,” she said. Black emphasized that suicide is like any other illness—an act as a result of an illness. The illness could be a mental illness, a sub- stance abuse disorder, a combination of both. “So we really have to make sure that the community—everybody—begins to learn more about suicide, because we can prevent it.”

New York State has joined a national movement called “Zero Suicide.” “Suicide is preventable, but it takes all of us together to help prevent it,” said Black. “If we know the warning signs, if we understand the risk factors, if we under- stand the protective factors, we can build those in the community, and become a more com- passionate, resilient, and caring community.”