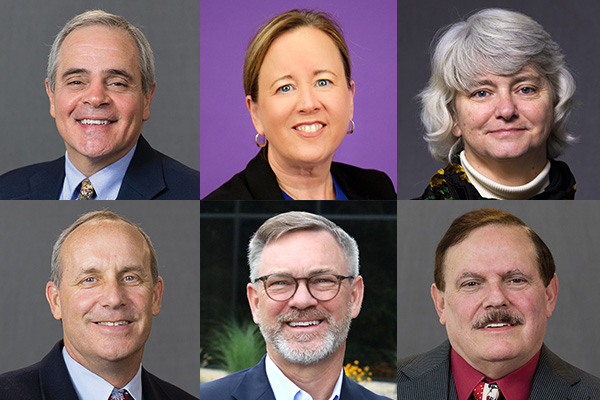 While 2020 was described as Dickensian because it was the best of times and the worst of times, what proved to be a common theme at the Strictly Business Forum was how much businesses, agencies and non-profits were willing to step up and help their neighbors during the COVID-19 pandemic. From bending over backwards to make sure that employees had insurance to distributing food to those in need, people across the North Country demonstrated one of the best things about living in this area — our willingness to help our neighbors.

The North Country Chamber of Commerce stepped forward to become a resource for businesses throughout the pandemic. John Bernardi, CEO of the United Way of the Adirondacks, said, “There isn’t a chamber in the country that’s been more responsive and more able to continue to serve the business community.” Famous for its Daily Dose newsletters and for hosting informational webinars to help businesses navigate the economic shutdown, our Chamber proved why Chambers are so important. It focused on providing information, guidance, assistance, and advocacy. The Chamber was also determined to leave no business behind and to abandon no service, creating a sense of pride for many of its employees. I’ve never been prouder of my team,” President Garry Douglas commented, “I’ve never been so proud of the role of Chambers.”

CEO Deb Cleary discussed how ETS Jobs was able to remain a resource for clients as well as help people, the community and businesses. “We quickly transitioned to the online world, working remotely and most of our staff continues to do so,” she observed. ETS experienced a slowdown in the first and second quarters of 2020 because of the pandemic but demand was back up in the second half the year. The company never had fewer than 250 people on its payroll which usually numbers about 700. Cleary noted its business in New York State has remained steady but business in Vermont has experienced triple digit growth over the past year due to the manufacturing opportunities in the Green Mountain State.

Jaci Kelleher of Stafford Owens Law commented on how many businesses across the North Country were able to be nimble and adapt to the changes brought on by the pandemic. As the attorney for Clinton County and numerous local school districts, her focus was on how the pandemic impacted them. In addition to adjusting to Zoom calls, attorneys entered an unknown with new laws and executive orders, especially as new unemployment and paid sick leave policies were implemented. They had to accept “I don’t know” as an answer because of the unprecedented legal scope of the pandemic. “The approach we took was, ‘It’s not going to be clear. We can’t always mitigate risk,’” Kelleher explained, “Since we couldn’t give people guarantees, we decided to do the right thing. And if we have to ask for forgiveness later, we will.”

Neil Fesette, a real estate broker and owner of Fesette Realty, also owns Plattsburgh RV Park which was negatively impacted by the U.S.-Canada border restrictions. “Since roughly 70% of our business is normally French Canadians, we had to change the way we were doing business and try to take care of the customers we still have,” Fesette noted, “It’s really been about preserving what we had.” Fesette expressed concern about whether the border will reopen and if the folks that are accustomed to coming to Plattsburgh every year will return. “That makes it even more important for us to increase our focus on non-Canadian customers.”

Despite a successful summer season, the beginning of the pandemic was filled with unknowns for Stewarts’ Shops. For CEO Gary Dake, 2020 was fascinating because of how much it changed the bulk of their business. Although they never had to shut down because they were an essential business, gas sales plummeted 40% in one week from the year before because fewer people were commuting and driving due to the economic shutdown. This also led to a decrease in coffee and prepared food sales, bucking a ten-year trend where sales had steadily increased. Before the pandemic, the sale of package goods was steadily dropping but all that changed as more and more people stopped traveling to grocery stores and
instead depended on their local Stewarts’ Shops for milk, eggs and ice cream. Sales of ice cream were up 25% and continue to be double digits ahead of one year ago, contributing to what many have called the COVID-19 weight gain. Dake also noted that having its own distribution network was a tremendous asset for Stewarts when other supply chains experienced shortages.

Folks across the North Country stepped up to help those in need across our area. John Bernardi, CEO of the United Way of the Adirondack Region, was “Proud of what we’ve been able to do and of the people who work here and our ability to rise to the occasion.” Instead of retreating when the pandemic started, the United Way found opportunity in the crisis and decided to be a leader, to be a part of the strategies and solutions. Over the past year, it has been a vital resource for so many in need, helping folks throughout the North Country with food, transportation, childcare, and mental health services. “The way we pull together in this region is pretty remarkable, and really speaks volumes about the type of people we are and how we know how to collaborate and hold together,” Bernardi said.

This charitable nature is felt beyond nonprofits like the United Way. According to Jaci Kelleher, “Government employees and public servants, such as teachers, have been amazing in their willingness to adapt. Watching our school districts work over nearly a year has been inspirational. They have worked so hard to totally reinvent themselves. I know a lot of people get frustrated with the uncertainty but these are very hard choices the schools have had to make. Everybody from the superintendents to the custodians, the teachers, and the bus drivers have been amazing in their commitment to getting the job done. The public servants, school districts, Corrections, state and local government employees have really shown an amazing commitment to the community this year.”

Small businesses also supported their employees while struggling to stay afloat themselves during this crisis. Garry Douglas was impressed by the number of them who contacted the Chamber worried about the welfare of their employees. Hundreds of small businesses reached out for help, hoping to find ways to keep people on the payroll and to help them retain their health insurance. “It was heartwarming,” Douglas said.

Looking ahead, the people in our discussion viewed the future as uncertain but promising. As more and more people flee the cities, real estate sales continue to skyrocket across the North Country. Neil Fesette noted that home sales suffered in the second quarter due to the economic shutdown but once the state allowed realtors to show properties again, it was like a floodgate opened. In Clinton, Essex, and Franklin Counties, Fesette Realty was able to recoup its losses during the third quarter. “There has been an uptick in buyers from outside the area and our hope is that trend continues,” Fesette emphasized. “The question is how many out-of-towners have purchased with a plan to permanently relocate versus utilizing their property as a second home. I believe many of the people who purchased in Clinton County are here to stay but I suspect most of the sales in the Adirondack Park are likely second home purchases.”

Broadband continues to be a pressing issue across the North Country as more and more people and school districts work remotely. The pandemic has proven that internet is no longer a luxury but a necessity. Internet providers have worked hard to connect areas such as Chazy Lake, Harkness and Peasleeville in the past year as part of the ongoing New York State Broadband Program but there are still too many people left behind without adequate service. Garry Douglas believes that one positive outcome from this pandemic is that the federal government will finally step in and work to expand broadband, shifting the primary responsibility from the states. Since New York State’s budget is currently depleted, it is important now, more than ever, for a federal bill to pass. He predicted it will happen by summer 2021.

It remains to be seen what the long-term effects of the pandemic will be. John Bernardi is worried about what 2021 will be like for nonprofits as emergency funding comes to a close but 2020 has proven that folks across the area are willing to help a neighbor in need. There is a long history of North Country folks giving back to their communities during trying times — from the Delords allowing stationed soldiers to buy on credit during the War of 1812 to the families who donate hundreds of toys each year to the local Christmas Bureau — and there is no reason to believe that this charitable nature will end as we face the unknown.