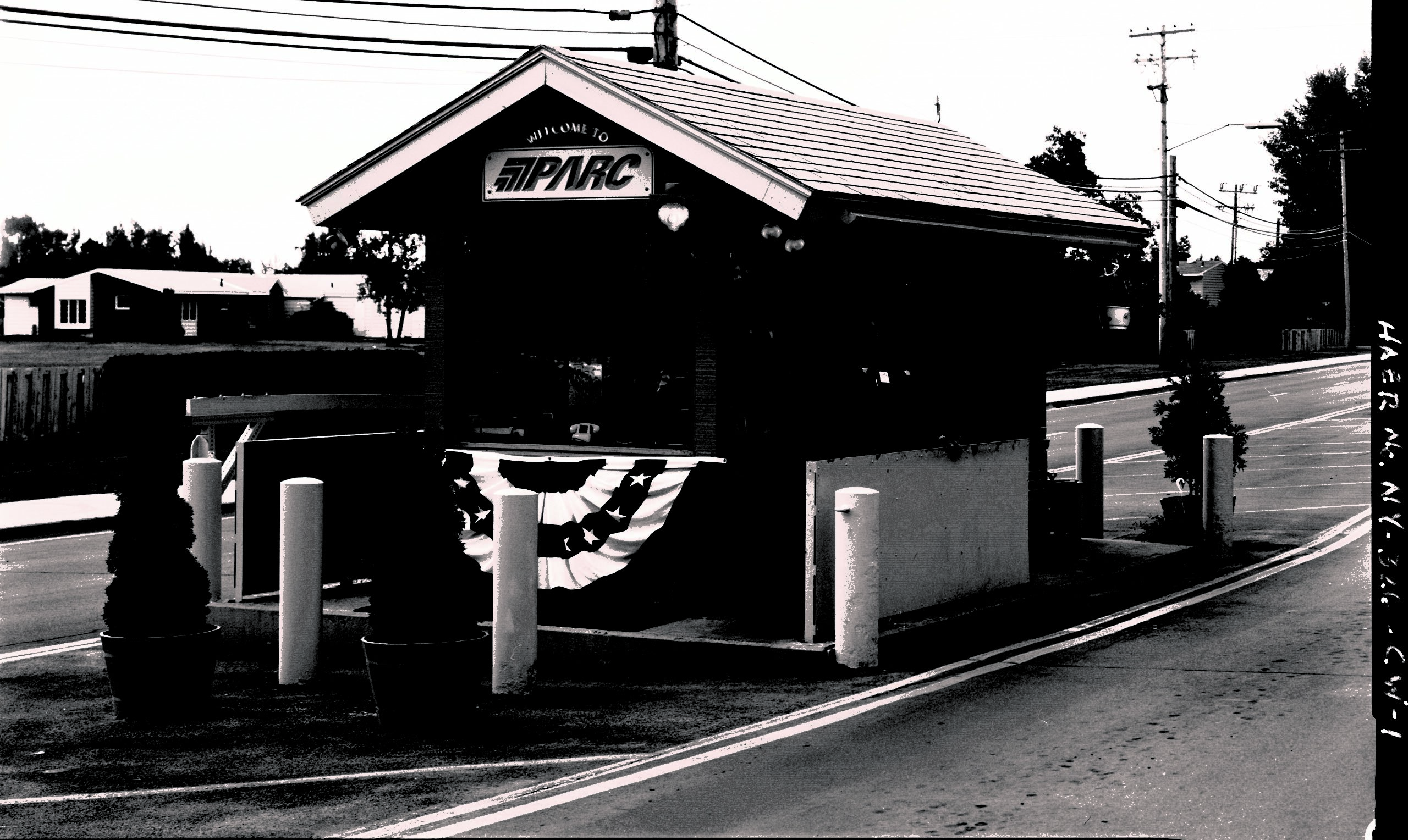 It is likely that Don Duley sold the first house in town after the Plattsburgh Air Force Base (PAFB) closure announcement in 1993. It was a time of dread, when realtors and business people from every sector wondered if they’d ever close a deal again but that particular deal was set in motion well before the broadcast that left the community stunned. Duley was in the car with his client on their way to the closing when the message came through the car stereo, delivered by the familiar and comforting voice of Hometown Radio WIRY.

The 6-1 vote cast by the Base Realignment and Closure Commission to officially close PAFB shocked Duley, his client and the community to the core. Shock… dread… angst… all words used by locals to describe the mood of the community after the announcement. Plattsburgh had survived the threat of closure before, and with that, a promise of hope — contracts had recently been signed and construction had begun to refurbish housing and expand infrastructure to allow for a new Air Mobility Wing to move in and nearly double the size of the Base.

Duley’s client broke the deadly silence in the car. “He looked over at me with a bit of wit and wisdom and said, ‘Well, let me see if I understand this. I am going to be the first person in Clinton County to buy a house after the announcement that the Air Force Base is closing.’” Duley had no option but to laugh and say, “You’re right.”

That client still lives in the house on Cumberland Head he purchased on that fateful day. He said it was one of the best decisions he ever made. And while closing the Base was not the choice of this community back then, many say it is one of the best things to happen to Plattsburgh. Nearly 30 years of robust community relationships and strategic redevelopment have healed the resentment and grief that landed so heavily with the initial announcement and lingered for days, weeks, months, even years after.

Respect for and pride in military history run deep in the North Country. Until the Air Base closure, Plattsburgh was the oldest military post in the United States. To have that identity stripped away seemingly overnight left the area wistful about the past and worried about the future, but no one sat wallowing for long.

Groups of business and political leaders from every corner of the community came together based on suggestions by Garry Douglas and the Chamber of Commerce. Lead by designated representatives, these groups openly explored the what-ifs of the situation, vented their collective worry and agreed to share the burden of responsibility to guide Plattsburgh through the crisis.

First, Douglas convened a meeting of bankers to be held at Howard Johnson’s. Together with then Mayor Clyde Rabideau, they presented the findings of the “Plattsburgh Air Force Base and Clinton County Economic Impact Data and Analysis” study they had commissioned immediately after the Base closure announcement. The study showed encouraging numbers and gave Douglas and company a firm base from which to begin crafting a positive message. Many potentially negative effects had already been happening throughout prior years with a steady decline in active duty and off-base personnel; the impact perhaps wouldn’t be as abrupt as it seemed. Further, the study purported that in 1991, payroll for PAFB, including military and civilians, accounted for seven percent of Clinton County’s total income. That was a small and manageable number considering some believed PAFB’s economic impact on Clinton County was much, much larger. (For comparison purposes, in 1991, SUNY Plattsburgh’s payroll accounted for two percent of total county income and Clinton Correctional Facility accounted for four percent.) When it came to the overall county economy, the study said PAFB’s impact was close to five percent for goods and services that produced sales tax.

With the study as leverage, Douglas asked the bankers around the table to remain committed to the community, to not allow their headquarters in some faraway city to redline the region. The same went for realtors. Although the data was reassuring, there was an underlying nervousness among real estate professionals that had less to do with the fear of losing tenants or high vacancy rates and more to do with the dread about the hundreds and hundreds of housing units on Base. What if they got dumped on the market? Would it depress values and compete with all the investments that had been made? Duley happily headed up the monumental task of addressing the housing concerns. He had the stature and respect to lead this conversation, said Douglas. “When you sit with people, you hear frustrations, worst-case scenarios but eventually you work through to solutions,” Duley said. He remembered some of the less-than-productive comments that eventually made way for solutions: “The Air Force built these houses, let them tear them down!” “Let’s just board it up!” But, he said, realtors took a long-sided view that paid off in the long run.

Eventually, Duley was called upon to negotiate the deal with Select Group, the company that would go on to buy and rehab much of the Base housing. Douglas recalled this step in the redevelopment process as one of the most important. “If we had gotten sidelined into a war over housing it could have diminished a lot of other efforts.”

Sue Matton said that involving the real estate community in the discussion made all the difference. Duley and his peers examined the issues, including how many units could safely be put on the market in one year, at what pace and rate and how to structure the privatization of the rehabbed housing. (The units were, by military design, all connected to the same heating, water and electrical systems. Select Group had to separate the systems and bring the units up to code.) The group also had to decide which housing to tear down to create vacant land for future development. A caretaker agreement made sure that even while properties sat vacant, they were mowed and maintained.

Matton, now Vice President of Economic Development at the North Country Chamber of Commerce, was a new colleague of Douglas’ at the Chamber at the time. There she took on the task of bringing the small business community together. She had also served on committees prior to 1993 that examined the greater Plattsburgh community’s depth of dependence on the Base and explored what it would need to do should a closure eventually (or as some said, inevitably) did come.

Matton remembered a local deli owner commenting about how sad it must be to work in economic development during such a hard time. Her response, “We have the opportunity now to do things that we would never have had this not happened.”

Matton’s job was to work to connect fearful small business owners with resources to help them stay in business by adapting, finding new markets and accessing capitol. “A sector of business community that was very concerned about what was going to happen was car dealerships,” she said. No longer were young airmen driving sports cars off their lots. But they too showed resilience, picking up other lines and brands of cars that suited local consumers.

Twenty-five years later and it’s easy for people to look back and acknowledge that the region is economically better off without the Air Force Base. “We’re more prosperous, we’re more diverse, we’re more entrepreneurial,” said Douglas.

Art LeFevre, long-time supervisor of the Town of Plattsburgh, recalled the way the closure tore at the social fabric and history of the community that had been so strongly wedded to the United States military for 150 years. “But we all knew we had to look on the positive side of things. And in the end, we came out okay,” he observed.

LeFevre said that his role as a community leader at that time was to listen and remind the power players that Plattsburgh was in a position to recover because of the growing connections with Canadian investors. “We had to ride with the tides, take the long run, deal with what was coming, and promote Plattsburgh in a different way than just a military town,” he said.

In addition to being a calm voice of reason in the early days after the closure, and before he retired in 1995, LeFevre established special Base water and sewer districts, ensuring the major conveyance of infrastructure from the military wouldn’t burden the town at large.

As LeFevre described, “The Base was a city within a city and a town within a town. It operated separate from us but we felt dependent on it. We lost probably 6,000 people when it closed.”

Today the Base boasts hundreds of desirable housing units, some brand new and others still with Revolutionary War charm; dozens of world-class businesses employing thousands of people; a thriving international airport connecting Plattsburgh to the world; and more tax revenue.

Douglas and Matton credited the resilience of the people in the North Country and named many heroes—negotiators, stabilizers and voices of reason—who worked together to absorb the Base closure and create the success story that we now enjoy as a fully integrated powerhouse of the regional economy