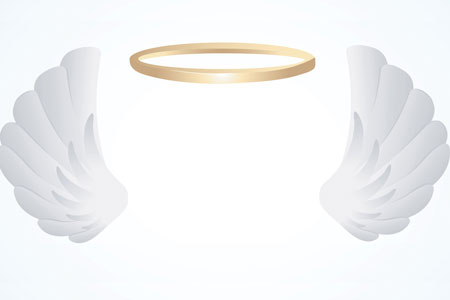 Angel investor: Someone who provides financial backing for startups or entrepreneurs. The capital they provide can be a one-time injection of seed money or ongoing support to carry the company through difficult times. Angel investors give more favorable terms than other lenders because they are focused on helping the business succeed rather than reaping a large profit from their investment. Often retired entrepreneurs or executives, angel investors may want to keep abreast of current developments in a particular business arena, mentor another generation of entrepreneurs or make use of their experience and networks. Therefore, angel investors can often provide valuable management advice and important contacts.

The term “angel” originally came from Broadway theatre where it was used to describe wealthy patrons who invested in a show that would have otherwise shut down. In 1978, William Wetzel, then a professor at the University of New Hampshire and founder of its Center for Venture Research, completed a pioneering study on how entrepreneurs raised seed capital in the U.S., and began using the term “angel” to describe the investors that supported them. Beginning in the late 1980s, angels started to coalesce into informal groups with the goal of sharing deal flow and due diligence work and pooling their funds to make larger invest- ments. Angel groups tend to be local organizations made up of 10-150 accredited investors. As of 2006, there were over 200 angel groups in the United States.

In April 2014, one such angel group, formed in Saranac Lake calling itself Point Positive, began investing. According to Melinda Little, Executive Director, “Point Positive currently consists of 15-16 mem- bers of high net worth and significant means who have a deep, abiding interest in helping strengthen the economy in the North Country. We reach out to entrepreneurs, with a creative vision and a strong business plan, who show that they are able to create a sustainable, environmen- tally conscious, regional business that can grow and create local jobs.”

Working as a liaison between entrepreneurs and its angel investors who decide on an individual basis whether or not to invest in a busi- ness, Point Positive hosts two formal “pitch sessions” each year. To date, 24 different business ventures have been pitched and Point Positive has invested in two early-stage and one startup business: Wholeshare, an on-line distributor of organic and natural food and household goods based in Potsdam, New York; ADK Packworks, of Vergennes, Vermont, a maker of collapsible baskets and totes based on the iconic Adirondack basket, and ProCat U.S., a Rouses Point, New York manufacturer of the ProCat 320, a catamaran workboat. In addition to the formal pitch ses- sions, Point Positive evaluates business ventures throughout the year.

Extending its scope beyond investing, Point Positive works to foster an entrepreneurial ecosystem within the North Country through partner- ships with Clarkson University, North Country Community College, Paul Smiths, Hamilton and Colgate Colleges, SUNY Plattsburgh, and other colleges and universities. It partners with other angel investment groups and supports emerging initiatives such as the Essex Farm Institute.

Point Positive grew out of the ABC (Adirondack Business Creators) Initiative undertaken in 2013 under the aegis of the Adirondack Foundation (formerly ACT). ABC’s aim was to create or expand Adirondack businesses for local, national and international markets. In order to help fledging business owners pre- pare to sell their idea to investors, Point Positive provides a checklist to make sure the idea is a good fit. Considerations such as market size, profit potential, target customer, sales strategies, and distribution systems are addressed as well as how much capital is needed and for how long. By the time the bi-annual pitch session arrives, entrepreneurs are well prepared to present their idea to the angel investors.

“I really enjoy getting things started, but I don’t have the fire to start another company myself,” said Little. “In this job, I reach out to entrepreneurs and get to stay involved working with new companies. There’s a lot of mentoring that goes on. I sometimes help prepare companies get ready for their pitch and I try to check on new businesses. Some businesses will also reach out and we welcome them.”