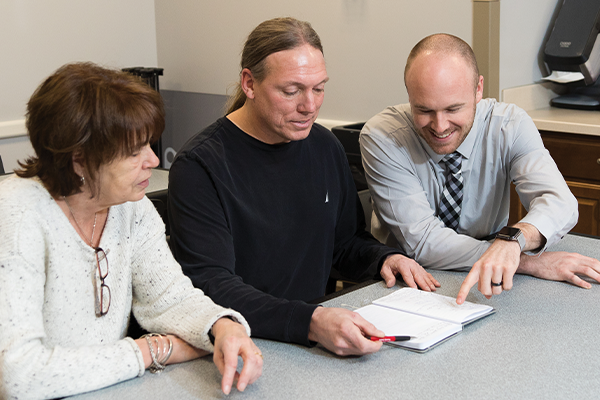 The Champlain Valley Family Center Recovery Campus in Schuyler Falls is a collaborative effort between he New York State Office of Alcoholism and Substance Abuse Services, the New York State Department of Environmental Conservation and the New York State Office of General Services. It is an Office of Alcohol and Substance Abuse Services certified program the likes of which our area has never seen. The 18-bed facility offers both stabilization and rehabilitation. “Before we opened people would have to wait for a bed to be available in Potsdam or Albany,” Executive Director Connie Wille explained. “It was really tough. Now, between us and the St. Joseph Recovery Center’s expansion, there will be 28 beds in an area that previously had none. That’s huge.”

According to New York State statistics, in 2011 a little over 1,000 people lost their lives to opioids. Five years later, that number had more than tripled. And while those numbers are staggering, and the nation has been devastated by the opioid epidemic, it is important to remember that at the same time alcohol dependence has remained a problem for just as many people as it ever was.
To make the center a reality Wille worked with multiple state agencies and lobbied various levels of government. The recovery campus had long been her vision and she explored every opportunity to bring the facility to the North Country, up to and including writing the grant that made it possible. Wille is quick to emphasize that she didn’t do it alone and is grateful for the support she received from New York State Senator Betty Little, Clinton County Social Services Commissioner John Redden, St. Joe’s CEO Bob Ross, along with the CVFC Board of Directors. Despite all the effort it took to make the center a reality, Wille emphasized that the real work is what goes on now at the facility each and every day.

Collaborating with a variety of agencies the CVFC Recovery Campus offers medical stabilization and withdrawal management and medication assisted treatment under the supervision of its medical director Dr. George Disney. Counseling and educational lectures, recreational activities, even yoga specifically for recovery and stress management are offered. Additionally, there is on site vocational and educational counseling to help residents formulate a comprehensive discharge plan.

Wille and Clinical Supervisor Jared Croy know all about the struggles of recovery first-hand. In their interview with SB they were candid about their own sobriety. Wille will be 35 years sober in June. At first, she kept her recovery private but as community efforts to reduce the stigma of addiction grew, she decided it was time to be candid about her story. “Addicts are not just ‘those people’,” she emphasized. “It’s not someone else’s problem. Addiction affects all of us. I realized that withholding my own story might perpetuate the stigma. I just couldn’t do that anymore.”

Croy’s path to addiction began before he was in high school. First it was drinking but then he switched to methamphetamine and OxyContin. Supporting criminal behaviors followed. Before he became sober at age 20, Croy had been arrested 15 times. “I needed to embrace recovery if I was going to stay out of prison, if I was going to live,” he explained. He will be 11 years in recovery this spring.
Wille and Croy consented to have their stories shared with SB readers in support of others who may be struggling with addiction or dependence in an effort to encourage them to reach out. “Call us. We’re here to help. Just make the call,” Buster Garrow, the Recovery Center’s Program Director emphasized. “We take referrals from family members, health care providers and self-referrals. Once you make the call, we will make every effort to get you help. Intake begins immediately and your first appointment will be scheduled just as soon as possible. You might come here because you want to or only because you don’t like the alternative, either because your family gave you an ultimatum or a judge ordered you here. That’s okay. You will still get all the opportunities and benefits of someone who is ready to embrace their opportunity for sobriety, someone who is a little more willing at the start. There is a wealth of resources to be had here.”

The Recovery Center has been open for a little more than two months and in that short time its accomplishments have been notable. The staff is making plans for spring, working towards a garden, green- house and harvesting. Wille has her eye on the athletic facility that will offer another space for residents to exercise or gather.

Connie Wille is a doer with the right mix of tenacity, passion and good old-fashioned hard work that makes most any goal attainable. That optimism and positive regard for colleagues and clients is an asset to the Champlain Valley Family Center Recovery Center and to the entire North Country.