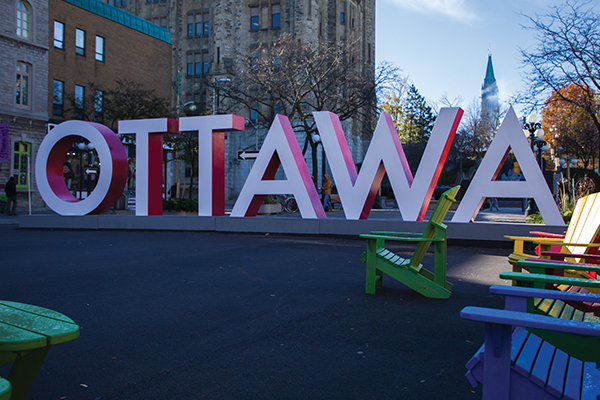 The North Country Chamber of Commerce was pleased to join Congresswoman Elise Stefanik in a recent visit to Ottawa, which was both timely and highly worthwhile. As we often note, the North Country’s economic relationship with Canada is the single greatest driving force in the region’s economy, forming the basis of its greatest progress in recent years and holding its greatest economic opportunities for the future. With recent uncertainties surrounding the future of U.S.-Canada economic relations, it was an especially important time to be meeting and collaborating with our northern partners, and the meetings we secured were high level and very substantive. The Chamber initially sought Rep. Stefanik’s assistance in arranging a meeting with new U.S. Ambassador to Canada Kelly Craft and this in turn led to a broader official visit to Ottawa with an aggressive program of meetings and discussions. The day’s series of meetings included the following:

The NAFTA discussions with such top Canadian participants in the ongoing negotiations were insightful. While there has been substantial progress in some of the most complex areas such as auto production, other topics have had little or no progress, with some thorny differences remaining. The upcoming Mexican presidential election, with months thereafter before a new president assumes power, seem to make at least an overall conceptual agreement by May necessary if an effective delay to 2019 is to be avoided. Such a delay would not necessarily be bad if we could be confident that all would remain stable and positive until talks could resume. The concern, in light of several recent trade actions, of course, is that such a pause might instead provide fodder for further negative actions and sustained uncertainties.

The Border Caucus session, held in the Houses of Parliament with more than a dozen MP’s, identified some issues of concern to them, including the unknown potential impact of recreational marijuana legalization in Canada on U.S. border clearances. The meeting was timely as Rep. Stefanik will soon join with the Northern Border Caucus in the U.S. House in hosting a joint meeting in Washington between the two groups of federal legislators.

The session at the Canadian Chamber of Commerce was an opportunity to explore ways that we might further build shared advocacy around our cross border partnership, and allowed us to enhance the place on their agenda of an upcoming issue that could impact border flow this summer. Concerns are the four-year absence of a contract with CBSA employees and the potential for work actions at the border if there is no progress. The Canadian Chamber also accepted an invitation for their president and CEO, Perrin Beatty, to visit the North Country.

The lunch with Ambassador Kelly Craft provided a valuable opportunity to establish a relationship with this important figure in U.S.-Canada relations and her team. We have had some active and valuable collaboration with some of her predecessors and know that this will now be the case with Ambassador Craft going forward. This included her acceptance of our invitation to visit us sometime this year.

We thank Congresswoman Stefanik for her continued leadership on U.S.-Canada matters, and we thank our friends at the Canadian Consulate General in New York and at the Canadian Chamber for their assistance with arrangements.