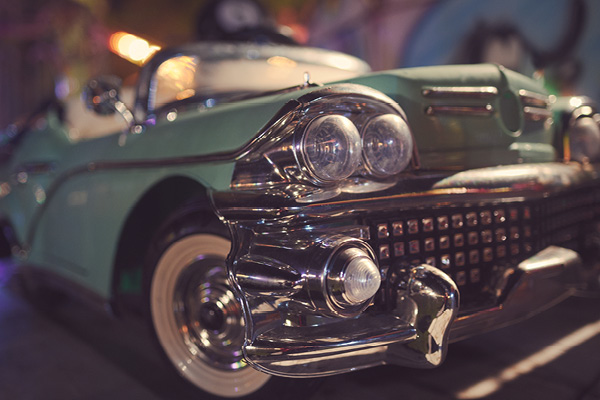 There was an era when infrastructure meant roads and bridges, and risk management was the purview of experts in insurance. Times have changed.

More broadly, infrastructure is defined as “the basic physical and organizational structures and facilities (e.g., buildings, roads, power supplies) needed for the operation of a society or enterprise.” This definition often limits us to consider just the physical elements needed for our modern economy. A machine is obviously a machine, and a road is a road. But, while what economists call physical capital is certainly essential in producing the goods and services that meet our wants and needs, we also recognize the need for natural, financial and especially human resources.

Our nation is trying to grapple with infrastructure as Congress attempts to define the elements of a new package of desperately needed improvements and maintenance to our traditional physical public infrastructure. Our supply chain breaks down if we can’t move our goods around. We’ve come to realize that reliable and sufficiently wide broadband is also essential for productivity, as well as for well-being, entertainment and human communications. And we have all seen the consequences when we build a wide Internet, but not one robust to cyber insecurity.

But with the dramatic failing of the electric grid in Texas this past winter that froze out homes, killed people and caused billions in damage, we see that it is time to understand the full extent of the definition of infrastructure.

The mistake we make in this discussion is how to rely on our infrastructure to manage the risk created when we don’t properly manage it. Politicians are also trying to blur the line between infrastructure designed to enhance our productivity and future economy, and basic income supplements designed to manage the temporary financial risk of the Great Economic Pandemic. Blurring these lines, as popular as they may be politically, seems to ensure we will fail to fully manage the risk of a changing economy and depleted infrastructure and the risk of today’s current financial malady.

Our new definition of infrastructure must carefully delineate the issue of basic fairness in income and satisfy current financial needs, and the need to ensure we create an environment that will enhance productivity not only of physical factors of production such as roads, bridges and communications, but also our human capital.

I certainly do not propose to delineate basic support versus infrastructure. That is a debate society must have, especially when we observe that economic calamity invariably makes the poor poorer and the rich richer. Eventually, lack of equity and fairness bleeds into reduced education attainment, compromised health, a poor employment record and hence difficulty in finding employment, and a compounding of these problems in a downward spiral.

If we widen our internalization of the meaning of infrastructure to also include enhancement of human capital efficiency, we see that it behooves us to invest in those elements that can make people more productive, but for which they cannot afford the up-front costs, or they won’t because they don’t accrue all the benefits of such investments. We all value roads, but none of us would build them ourselves, even if we had the ability to do so. And we don’t buy a car and then allow the entire neighborhood to use and enjoy it.

Infrastructure are these shared investments that make us more productive. Education, health care, daycare, job training, and job transitioning, and even a helping hand to avoid someone falling off the edge of the productive economy and into homelessness and desperation can all be seen as productivity enhancers.

The test, then, is to measure our infrastructure investments against their long-term returns, just as we would with our private investment analyses. Such financial calculations must measure not only future returns, but also the volatility or riskiness of those returns, and the risk of failure of our measures.

In other words, the expansion of infrastructure investment and our understanding of the necessity of risk management must go hand in hand. It is time to expand our regard for each of these factors.

Let’s take health care. In April alone, four million people left the workforce. Most people hold one job now for 18 months rather than for years or a lifetime. There have never been more independent contractors or those who freelance primarily through the Internet.

Our health care network was designed around a grand compromise following World War II. With GIs returning, and with the great transition from a wartime economy to decades of economic growth, and with the dramatic expansion of social programs as a legitimate responsibility of the federal government in the aftermath of Roosevelt’s approach to the Great Depression, employers made, or were induced to make, a grand transition.

They decided to reduce labor turnover and garner long term employee loyalty by tying their employees to employers. Large U.S. employers began offering health care benefits to ensure they developed the share of returning GIs to fuel the growth they correctly foresaw coming. (In fact, the U.S. government even ran 3,100 daycare centers across the
country to ensure women were available to work in the factories to support the war effort.)

Such human resource infrastructure guaranteed by the federal government was disbanded after the war, but employer-based investments in human resource infrastructure worked well under the old economy when almost everybody, still mostly men at that time, believed they would leave high school or college and work for forty years with one company before retiring on the company’s pension plan, with a gold watch.

When the workforce was opened up more to women and minorities following the Great Society expansion of civil rights in the 1960s, the new participants rarely enjoyed the lifetime employment and health care benefits that white males had by then enjoyed for a generation. There was some expansion of productivity risk management through enhanced Medicare and Social Security, but little help for those without a very long term and vested relationship with a single employer.

And without the GI bill, new participants in a transforming and dynamic economy found that education became more accessible in its diversity, but more expensive in its affordability.

Now that it is expected that half our entire labor force will be in this non-traditional, non-single-employer-tied sector, we must look at managing workforce risk differently. It is not a matter of fairness or equity. It is a legitimate concern that if we do not manage these risks, we will not have the workforce necessary to fuel our quickly transitioning society. Instead, we will be increasingly forced to replace the human workforce with robots and artificial intelligence machines, which do not need productivity backstops.

Yes, this is not your Dad’s Oldsmobile. We must look at our human resources differently if we are going to fuel our a restructuring economy and avoid the necessary support for humanity should we fail to address these needs now.

Dr. Colin Read is a professor of economics and finance at SUNY Plattsburgh’s School of Business & Finance.