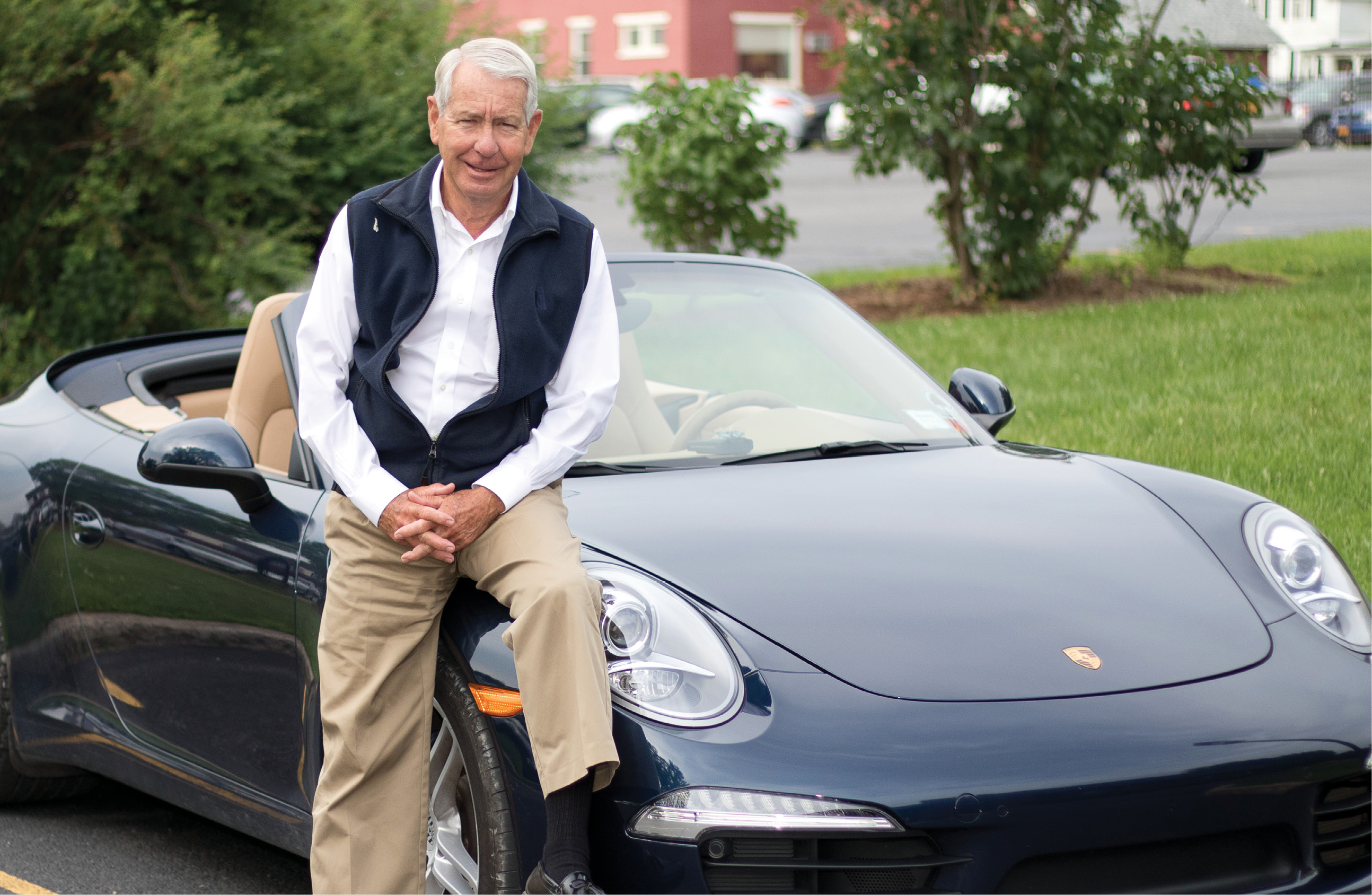 By every measure, Rod Giltz has successfully navigated his family business to become a thriving and respected resource and service for local businesses. A lifetime of hard work, professionalism and commitment to giving back to his community has positioned him well to kick back and retire (or put the pedal to the metal in his Porsche!). With a list of accolades, awards, and community involvement too long to cover in print, this is clearly a man who has fulfilled his civic duties over and over again. Yet somehow, he can’t seem to shake his desire to stay active.

Northern Insuring has been in the family since Rod’s father joined the business in 1933 eventually assuming ownership in 1941. Following a self-described unmotivated college career studying chemistry and skiing, Rod joined the family business in 1959, shortly after marrying his wife Dodie whom he met at St. Lawrence University. “After college I had a choice to make,” he recalled. “I was drifting around, not knowing what I wanted to do. I knew I was either going to get married and work with my father, or leave and go to Chile for the summer and ski.” After making the (right) decision to stay, Giltz followed his father’s lead into the insurance business. His father’s passing in 1985 brought the next generation into the fold. “My father and I talked when he was in the hospital and we decided that if we wanted to perpetuate this business, it was time to get one of my children back here,” Giltz recalled. His daughter Deena Giltz McCullough was the first to return home, with son Randy following a few years later. Today the brother and sister head the leadership team at Northern Insuring with Rod staying active by choice on a part time basis.

SB: What advice do you have for people who want to do what you did?

RG: Find what you like to do, and what you are good at doing, and then fully commit and do the best you can at it. Early on I decided that if I was going to run an insurance agency, I would try to be the best I could and it would be ‘all in’ for me. The only way you can do this successfully is if you are willing to totally commit. You can’t do it halfway or you won’t succeed. This isn’t just about selling insurance. You end up being a trusted advisor to clients—dealing with them in a way that you learn about all their activities. Then you can provide guidance and advice on risk management. It is fascinating for me to meet all different kinds of people in this community — whether they run an apple orchard, a plumbing supply dealer, a manufacturing company, or an educational institution. As they succeed, you succeed.

SB: You still seem to be ‘all in.’ How retired are you, really?

RG: I could have just walked away from this business, but I like working. I could never sit and twiddle my thumbs. I’ve talked to too many people who have retired, who have told me, ‘I wish I hadn’t’ or who wish they could have continued to do what I’m doing–work part time and stay involved. I have 10 sizeable clients and I work half time. I am 77 years old and I still enjoy this community and the people here. It is fun to remain engaged in what goes on. You can only play tennis, fly-fish, ski, and golf so much.

SB: What does ‘community involvement’ mean to you?

RG: My dad used to say, ‘You can take from a community as a business, but you have to give back. Try to strike a balance and make some contribution in some small way.’ We have a Donor Advised Fund that uses returns gained from our investments to give back to the community. That is very important to us.

SB: What is something that no one would guess about you?

RG: I have a fascination with explosives and pyrotechnics. Fireworks were outlawed when I was a boy back in 1952. A few of us got together and found a catalog for a place in Chicago that you could order fireworks from. Without telling our parents, a friend and I came up with $12.50 apiece and we ordered $25 worth of fireworks. They came in by railway, in a big box marked “Explosives.” Here we were, two kids, 14 years old, and the station agent let us pick up the package. We could not believe it. We walked out with this box full of cherry bombs and all kinds of stuff. My friend and I split the stash and I sold part of my half. I had kids lined up on my porch. I made $100 selling just half of my share — enough to finance my trip to the Boy Scout Jamboree in 1953 in California. I learned what supply and demand meant!

SB: What is your favorite book?

RG: I have two that stand out. The first is “The Best and The Brightest” by David Halberstam. It was written about the Kennedy years, and it is about how the smartest people in this country could make such a mess of things. It was pretty telling that street smarts are about as necessary as a good IQ. The other is “Winterdance” by Gary Paulson. It is about a guy who became fascinated with the Iditarod, sold and risked everything to run it three times.

SB: What inspires you?

RG: A fabulous day outdoors in the fresh air, sleeping with the windows open and driving with the top down. I have a love of life. In summer I wake up early and go for a swim every morning. I get up excited about the day and I’m also intrigued with the interactions I will have with other people. In whatever I do I try to add some value. If I am going to be involved with anything, I ask myself what can I contribute. I am energized and intrigued by that.

SB: What is one principle that guides you professionally?

RG: I lead by example and I let the Golden Rule be my guide. Do unto others as you would want them to do unto you. I expect of myself and others, adherence to high ethical standards both professionally and personally. However doing the right thing, the ethical thing, isn’t always easy. We should all do the best we can to conduct ourselves at the highest level, acknowledge and forgive our shortcomings and move forward. For me the glass is always half full.