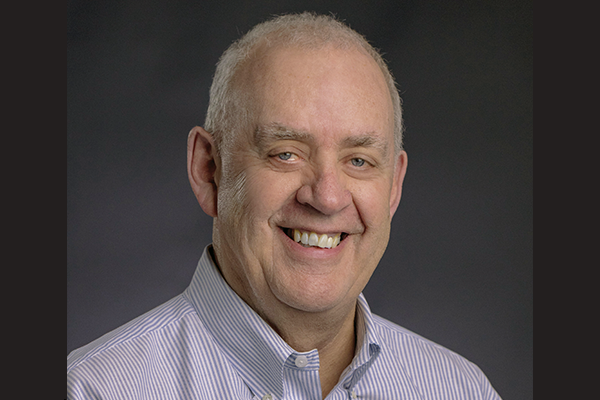 Doug Crozier arrived in Plattsburgh in the summer of 2002 as a man with a mission. He assumed leadership of Plattco, a local family-owned business with a 100+ year history that was struggling to recover from Chapter 11 bankruptcy. His egalitarian leadership style blended well with the reorganization of Plattco, which emerged as an employee- owned company with a new, non-family-member CEO for the first time in its history. Recalling the early days with Plattco, Crozier reflected on his first meeting with all employees. “What I basically said to them was not, ‘Here’s the game plan that we’re going to follow,’ but instead, I explained that starting from that point forward, we were going to have the business we would create together.” Crozier brought his relevant ideas and experiences, while wisely keeping a focus on the talent and experience of his 50 employees and their many years of experience with the company. “My goal was, and is, to help each of us to be successful in what we are doing individually, so that collectively we are successful. Every part of the business is important,” he summarized.

In the 16 years that followed, Crozier not only nurtured Plattco back to health, but his leadership has helped the company become a solid and thriving business with a bright future. Although Crozier is not a big fan of the spotlight, he recently allowed Strictly Business to gently persuade him to share some of his career experiences and life lessons with our readers. We are glad he did.

SB: Tell us about your approach to management and leadership.
DC: I came of management age during a time when the paradigm that was written up in all the magazines was that of the ‘Heroic CEO.’ You were supposed to ruthlessly seek profit- ability and make whatever changes you had to make to reach that goal. I found that a lot of us tried to adopt those kinds of behaviors, because we thought that would help us be successful. For me, it actually did not feel authentic. As I went along I eventually found the model that worked better for me was that of servant leadership. I learned that my job as a leader is to get roadblocks out of the way of my people, so that they can do their very best. I try to set direction and communicate effectively, but always show respect and a mind to serve. When I went to that philosophy of leadership I found. I got even better results, and a lot more personal satisfaction. I am reminded of the catch phrase of a former president of Campbell’s Soup, who said, ‘Be tough on the standards, and be tenderhearted on the people.’ It is tough to accomplish, but I think this is an excellent goal because it encompasses a lot of what makes a business work.

SB: What was the best piece of advice you’ve ever received?
DC: In the middle of my career I spent a week in Sundance, Utah, with Dr. Stephen Covey, the author of the book, The Seven Habits of Highly Effective People. In the course of that week he said, ‘Always treat your employees as you would like them to treat your best customer.’ That caused me to have a mid-career course change. It made me think of things in a way that made me a lot better manager when I was able to apply it.

SB: What advice would you offer some- one else starting their business career?
DC: First, I’d say to focus on achievement. It doesn’t matter whether you’re a star and you get everything done fast, or you are a plodder who just puts one foot in front of the other.

If you get results, the company will reward that with opportunity and money. I think achievement needs a clear intention and persistent attention to achieving it. If we don’t have both working together, meaningful results will not likely be achieved. Often, when we don’t get results we want, we explain away the failure by rationalizations, when the reality is we didn’t have a sufficiently committed intention and /or we didn’t pay enough attention to what was required to achieve it.

Secondly, aim big. There are some people who overestimate their talents, but my experience is that most people underestimate and aim smaller than they need to.

The third thing I’d say is that while I believe in balance in life, I don’t think it can always be an equal balance. You will have times when you’re going to have to give more effort to your business side than you give to your personal side, and vice versa. Aim for balance but try to make sure that you’re focusing on the most important thing at the time.

Lastly, you’re going to have ups and downs, and that’s a part of life. One thing that companies really look for is people who can sustain their emotions even when things are not going well. Prepare your- self for not always being successful, and make sure you are resilient enough to face the ups and downs in life.

SB: What important lessons did you learn early in your career?
DC: Early in my career I learned that business is a team game. Even though we’re all responsible for our individual contributions, you had better learn how to be a good team member. You don’t accomplish much that lasts by yourself. I learned that performance is what really matters. Getting things done that need to be done, and doing those things well.

SB: What are you most proud of professionally?
DC: Over the last five years I have heard three different former employees tell me that they went on to become senior executives in other companies, and the reason that they were able to be successful is because of encouragement that I gave them. I told them that I thought they had capabilities that they did not think they had. Of all things I’ve done I am proudest of getting that feedback from those people.

SB: What are you grateful for?
DC: One of the luckiest things that has ever happened to me is to come to this company which is small—much smaller than any I had previously worked with—and have a career with people who I not only work with, but who actually own the business as well. If you aspire to leadership it is a wonderful gift to be able to do that, and I certainly don’t take it for granted. I don’t think you can be luckier in life than to be able to work with and lead people. It’s such an honor to be able to have influence over a result that can help people get to a better place in their lives.

SB: What inspires you?
DC: I have been lucky all my life. I was born in the right place, and born to parents who cared about education. In the course of my career I have seen many cases of people who had a lot less luck in their lives but found ways to overcome it. In a former company I worked for in Canada, half of the employees were immigrants from Haiti. They were highly intelligent, entrepreneurial people who were working in our factory. They were raising their families, making a modest wage, and sending money to their home country. I will never for- get the first kids Christmas party we had. The workers came with their kids and their wives, and all of them were dressed up in party dresses and suits. They were doing so much with so little, and I had so much. I am inspired by that. I see that over and over again wherever I have been. I get more inspiration from that than some of the inspirational characters the world puts up there.

SB: What do you do to stay focused and at the top of your game?
DC: One of the things I do for myself is a meditation practice and that’s really aimed at quieting the mind. I went into a personal reading study of mindfulness which I found to be an interesting subject. One of the aspects of it was meditation as a way to create openness and mindfulness. I practice meditation just to practice meditation. I don’t expect any result. I do it to quiet my mind, and I find it relaxing. It actually makes me more observant, and more aware of what is going on around me. I find that it quiets the voices in one’s head which are almost always negative and telling you things that you really don’t need to hear. I think meditation is a worthwhile activity.
SB: What is something no one would guess about you?
DC: I imagine no one would guess that when I was at the end of my academic career, my biggest goal was to be a novelist. I wrote a few hundred pages of a potential novel, which I then destroyed with the clear knowledge that I was never going to be a good novelist. (He laughed.) Anyone who has read my memos or emails will certainly find that to be surprising.

SB: What do you believe that our community should do today to ensure that we have a prosperous future?
DC: I believe that the single most important factor will be the quality of the education system. I think those efforts must continue. I strongly advocate a high focus on mathematics and science, because more and more jobs are going to be requiring those skills. I also think a focus on languages is extremely important. Many of us were fortunate to get through our whole careers knowing only one language, but the world is changing.