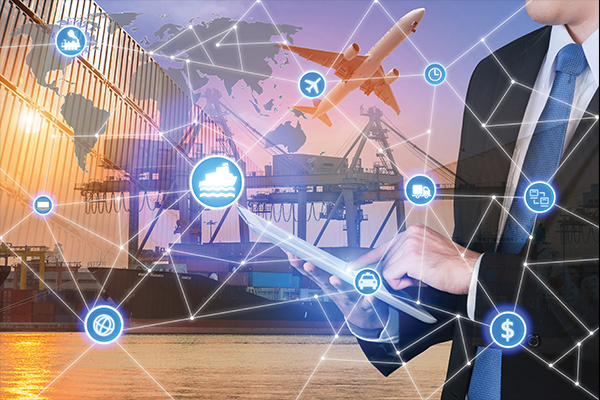 An old Chinese curse says, “May you live in interesting times.” These are interesting times indeed as the North Country, which has emerged as one of America’s true success stories in cross-border economic integration and foreign direct investment, finds itself on the front line of a trade war that would have seemed unimaginable not so long ago.

We all know the basics. Negotiations aimed at updating NAFTA have been going on for many months. But rather than focusing on finding workable compromises in areas of disagreement and using the negotiations as a chance for mutually valuable updates in areas such as technology and U.S. Canadian workforce mobility, the U.S. has insisted on such poison pills as elimination of existing dispute resolution provisions and insistence on a 5-year sunset clause, as if international supply chain development and investment can be built around provisions that are secure for only five years at a time.

And as if these negotiations, under the pressure of Mexican elections last month and U.S. elections in the fall, were not difficult enough, the U.S. has chosen to simultaneously take a number of unilateral trade actions against Canada, from tariffs against Bombardier that were eventually ruled unjustified, to high charges on everything now from lumber and newsprint to steel and aluminum, bringing understandable counter tariffs on a range of U.S. goods.

The fact is that the U.S. does indeed have major legitimate issues with China, Mexico and even the EU when it comes to trade. But Canada and our deepening bi-national economic integration with our northern partner is in fact part of the solution and not the problem, whatever specific disagreements there are that require resolution at the negotiating table. The U.S. and Canada make things together and, in so doing, enhance North American competitiveness with China and the world.

Even the metal sectors are now integrated and working together, which is why, counter to some early assumptions, the aluminum tariffs on Canada are actually bad for Alcoa in Massena, and why the Steelworkers Union there is supporting the exemption of Canada. Overall, Canadian manufactured goods entering the U.S. have on average 25% U.S. content. When a bus leaves Nova Bus in Plattsburgh for a customer, the shells which come down from Quebec for completion are fabricated from U.S. steel. How do you avoid self-harm with tariffs when components and ingredients are going back and forth because our production is so unified?

The effects will take time to be fully seen and felt as supply chains cannot be shifted overnight and prices on many items cannot simply be boosted to cover the tariffs while remaining competitive with global producers. But shifts and distortions and inflated prices will come in the months ahead if there is not a course shift. Already, we have exporters in the North Country dependent on suppliers who used to routinely guarantee pricing for 90 days but are now doing so for only seven. Others are postponing decisions about connections with new suppliers and sources until the fog has cleared. The cost of construction in the U.S., particularly for homes, is up in part due to tariffs, impacting home buyers.

The hope of most of us is that the U.S.-Canadian economic partnership is, in a very real sense, too big to fail. That it would be catastrophic to tear it apart or leave it in painful warfare for too long. That this is all a new approach to international commerce and relations that should have largely exempted Canada while focusing on other targets, but which in Canada’s case will in the end somehow see a return to the negotiating table, an end to self-harming bi-national ping pong, and a resumption of arguably the most mutually beneficial economic partnership in the world between two countries.

In the meantime, we will continue active messaging in collaboration with partners on both sides of the border, telling the story, differentiating our Canadian economic connection from all others and encouraging the continued cross border supply chain integration and investment which remains far and away the North Country’s most important economic ingredient and the source of its greatest future opportunities. ONWARD