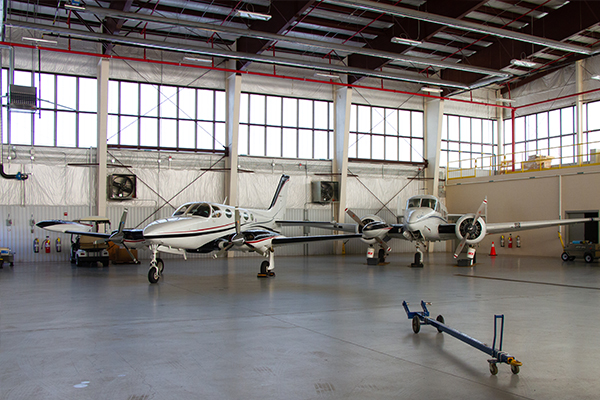 Did you ever wander around some large edifice to human ingenuity and wonder just how all those moving parts are coordinated? Perhaps your greatest concern at an airport is that your flight leaves on time and your bags arrive when you do. To make that happen, myriad tasks occur behind the scenes.

At airports, those who handle such tasks are called fixed base operators (FBOs), and they provide many of the services for which not a single flight could operate without. We have a new FBO at our local airport, and it bodes well in the amazing trajectory the Plattsburgh International Airport (PIA) has been able to achieve and maintain.

Avflight, a corporation with 23 other operations at airports across this continent and Europe, recently joined the PIA family. It offers 24-hour fueling services for commercial and general aviation, power carts to keep airplanes comfortable and energized before engine starts, facilities to provide visitors with ground transportation and rental cars, airplane maintenance, concierge services, weather service access, and even catering for groups that may meet at the airport.

Plattsburgh International Airport’s excellent facilities were instrumental in Avflight’s decision to add it to its broad network. Avflight enjoys a 12,852-square-foot heated hangar, 20 bays of T-hangars for general aviation pilots and their planes, a self-serve aviation fuel pump and a 5,600-squarefoot building with access to a million square feet of ramp space. Few airports are able to offer an FBO the facilities that the departure of a major Strategic Air Command base provided our community.

Ann Arbor, Michigan-based Avflight sees the PIA location as an excellent addition to its network. This expansion allows it to serve not only Plattsburgh, but also the Lake Placid region and Montreal through its U.S. airport. Garrett Hain, Avflight’s vice president of finance observes, “This location serves as the ultimate gateway to thriving international businesses and leisure destinations throughout the region. We are proud to bring Avflight’s expertise and passion for aviation to our network of 24 FBOs to PBG, connecting our loyal customers with the facilities and services they expect in the Avflight network.”

While Plattsburgh joined Avflight’s family, Avflight likewise joined our family. Joe Meszaros, Avflight’s vice president of operations, noted, “We really enjoyed the meaningful conversations we had with the county’s legislators, the airport manager, Chris Kreig and the airport’s team. Through these conversations, it was evident how much everyone values the airport. The community recognizes the airport as a vital piece of infrastructure for the local economy.”

Meszaros added, “We were impressed with the goals and direction planned for the airport, as well as the recent investments made in it. This made it clear the airport is in a favorable position to grow as an economic generator for the community. (This) community support played a huge role in our interest in Plattsburgh.”

Avflight began operations in early September at a challenging time for aviation. Plattsburgh’s location, just south of the U.S./Canada border, has been affected more profoundly than other regions because of COVID-19 and the closure of the border to our nearest Canadian metropolis of Montreal. Fortunately, as of November 8, the border has reopened and Avflight looks forward to the dramatic increase in airport traffic that should result once our Canadian neighbors return.

Also significant in Avflight’s decision is the huge investment of late in our airport, including the new Federal Inspection Services (FIS) facility for international customs clearance of commercial flights, and a new customs facility for general aviation users. The terminal was also expanded with state-of-the-art jetways in anticipation of growth for years to come. Runway and hangar improvements also bode well for PIA to someday realize its destiny as an excellent low-cost facility to service international flights.

Avflight is prepared for and excited about such opportunities. Facilities and employees throughout its FBO network are bonded and have customs clearance, which allows its team to take care of the fueling and servicing needs of international flights. This opportunity to become a major international operation made our location even more attractive for the new FBO.

Avflight’s position as the sole FBO and refueler at the airport creates an ideal opportunity. In turn, Avflight is always looking for interested individuals to expand its team. Those interested in a career with Avflight in Plattsburgh should visit www.Avflight.com to learn more about specific opportunities.

As a general aviation enthusiast, commercial pilot and flight instructor, and Inspection Authorization airplane mechanic myself, I asked Meszaros about his interest in developing the industry in our region. He noted that he welcomes anyone interested in aviation. He noted, You won’t find a group of people more passionate about what they do or who they serve than in the aviation industry. If you are interested, visit your local fixed base operator or flight school. Ask questions. Ask for advice. Check out what scholarships are available that can help you achieve your goals.”

He added, “The aviation industry isn’t terribly large, so by networking—fostering connections—you’re able to create an incredible support system. You never know whom your connections know, which can open all sorts of doors. Avflight greatly values mentorship and professional development. We’re always happy to share the knowledge that we have with others—and as a 24/7 operation, our door is quite literally always open.”

If there is one thing that is certain about our airport and Avflight’s part in it, the sky’s the limit.

It is easy to take our local airport facility for granted, but, under airport manager, Chris Kreig’s, oversight, the community has experienced amazing growth and opportunity.

The airport began its life as a Strategic Air Command location with an 11,759-foot runway designed for the heaviest bombers, and even as an alternate landing spot for the Space Shuttle. With usable ramp space of over a million square feet, there are few rural airports across the country with its size and stature. The runway is so wide that small aircraft could take off and land sideways on it. Pratt and Whitney maintained a major jet engine and experimental aircraft facility here, and Terrafugia used the facilities to test its flying car prototypes.

Kreig has overseen a $107 million investment in the airport, including the building and rehabilitation of hangar space, and the creation of a major Homeland Security facility. A multimodal transportation facility and potential site for a hotel adjacent to the main terminal has also been developed and was recently transferred from the City of Plattsburgh to the Town of Plattsburgh. The runway saw a major resurfacing, and the recently passed infrastructure bill means as much as $7,634,940 will be further invested in the Plattsburgh International Airport.

These investments are disproportionately large for a rural U.S. airport and reflect the observation that PIA represents a truly unique partnership in economic development not only for our region, but also for our unique role as Montreal’s U.S. airport.