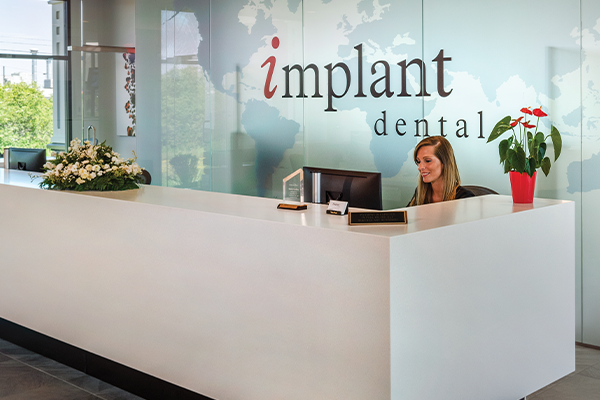 “Talk is cheap, action speaks volumes,” said Dr. Kurt Kline, DMD, founder of Implant Dental, a dental/ prosthetic practice located at 5 DeGrandpre Way in Plattsburgh. “The old adage, ‘Would have, could have, should have’ doesn’t exist for me. I like to get things done. To that end, I create a weekly ‘to-do’ list of 10-15 items and complete them. When I attend continuing education, I attempt to install 90% of learned material or technology into my practice. Create the dream and follow your instincts! Enjoy what you do and keep a balance within.” Kline counts mentorship, education and passion as keys to the success of his 30-year career.

Kline’s new Implant Dental location, a world-class, warm and inviting facility, is the culmination of 30 years of planning, gathering ideas and experience. The results are breathtaking. It is decorated in an Adirondack contemporary design and equipped with state- of-the art technology and patient care protocols. Kline’s focus is on dental implants — tooth replacements that offer life-changing results and have changed the face of dentistry.

“The new space was created in response to a survey of my patient population,” Kline explained. “I felt they deserved a medical facility on par with state-of-the-art dentistry. Additionally, space was needed for a training facility that would teach dental implant and prosthetic driven surgery to general dentists.”

In keeping with his philosophy, the new office and training center is equipped with advanced technology such as the cone beam iCat FLX which produces three-dimensional digital imagery for diagnostic and treatment planning on implant cases. The technology combines diagnostic predictability and surgical precision with low-dose radiation—elevating the standard of care for implant patients.

How The Vision Got Started

Kline grew up in Plattsburgh and is the second generation in his family to practice dentistry. (His father had a 50-year career as a general dentist.) He earned a Bachelor’s degree from the University of Arizona and his DMD from Boston University Henry M Goldman School of Dental Medicine. He is an Affiliate Associate Fellow in the American Academy of Implant Dentistry (AAID) and a Diplomate of the International Congress of Oral Implantologists (ICOI). And those are only the beginning of Dr. Kline’s impressive list of fellowships and memberships.

In 1983, while an undergraduate, an encounter with a patient of his father’s fueled his interest in implant dentistry. “My dad had a patient who had advanced atrophy of the jawbone and was unable to wear dentures,” Kline recalled. “During college I had reviewed an article describing a dental implant procedure performed in New York City. I shared the article with my dad and he referred the patient to the doctor. Months later, the patient returned, kneeled in front of my father and thanked him for the referral. Dad described the prosthesis as ‘incredible, the future!’”

In his first months of practice after completing graduate school Kline met Dr. Carl Misch, a world-class implant dentist at an AAID meeting in Chicago. An important and meaningful mentorship was formed.

Now, nearly 30 years later, Kline is ready to unveil his dream. Patients enter a facility decorated in an understated, neutral palette that encompasses sophisticated technology (everything is wireless) while still providing a comfortable atmosphere. One-way floor to ceiling operatory windows bring in natural light and make clients feel as though they are in nature, while offering privacy from the outside.

The patient operatories are located on the periphery of the building. A surgical scrub sink and sterilization center are located in a large kiosk in the center. Each location has a rear-delivery system, meaning that the health care professional’s instrumentation is delivered from behind the patient chair. This keeps the inevitable spray of saliva off the instruments, the computer and other parts of the room. Mobile carts are used in each operatory providing technology platforms. Everything is efficient, put away and sterile.

“I wanted an open concept to monitor what was going on in the whole facility and ensure quality control of patient care,” said Kline. “’Touchless technology’ makes everything hands- free which reduces the risk of cross-contamination.” Scrub sinks are activated with foot pedals. Everything is, of course, HIPAA, OSHA, ACLS and ADA compliant.

In addition, the dental staff has their own entrance and lockers for scrubs. They do not wear their scrubs outside of the facility. There is a washer and dryer for cleaning them on site.

In order to keep his commitment to give back, Kline has designed and developed a dental educational practice slated to welcome 32 general dentists to its first session in July of this year. His plan is to invite experts in implant dentistry to offer workshops, teach surgery and share their knowledge and experience. Once the dentists have completed the training, they will be included in a network of mentors in their home state for continuing knowledge and surgeries.

Aesthetically, the educational space employs the same warm, inviting atmosphere and neutral palette used in the patient practice area; however, the educational space also has a room for catered meals (a variety of local restaurants will be used on a rotating basis), and the coup de grâce — an innovative training room equipped with an adjustable lectern, dual-screen projection system and a wave-like acoustical ceiling system. Seating is iconic Herman Miller ergonomic conference chairs and an electrical outlet for each participant’s laptop and cell phone make this an innovative and effective learning space. A facility-owned shuttle bus will provide transportation for the training participants to and from the Plattsburgh International Airport as well as local hotels. The cost-effective, full-fledged mentor program for general dentists is the first of its kind offered in the United States.

The architectural and structural creativity for the facility was provided by Beardsley Design of Malone. Construction work was managed by Neagley & Chase from Burlington, but the actual labor was done by local contractors. Plumbers, electricians, carpenters, and technology professionals collaborating to create an ingenious, inventive and award-winning space. In 2018, Implant Dentistry won the AIA-CNY Award of Merit in the Commercial Industrial Category for Beardsley Design. The awards program, sponsored by the Architectural Institute of America, recognizes outstanding achievements for recently completed projects by architects and firms based in Central New York.

Where Does Kline’s Inspiration Come From?

In conclusion Kurt Kline emphasized, “My inspiration comes from two sources. First, as an experienced mentor supporting general dentists, I am able to let them see real-world, up-to-date examples which gives them a sense of possibilities and potential for their practice. Secondly, Dr. Misch encouraged me to give back to general dentists with impact, knowledge and good will. I do what I love and believe in. The rest comes naturally.”