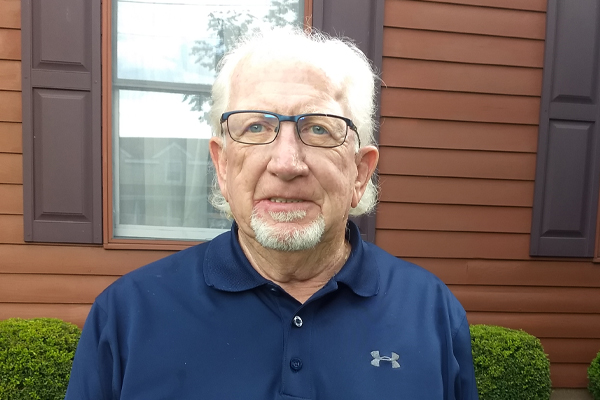 When Jay LePage retired from his longtime position in human services in 2013, he took with him the satisfaction of a successful career in service to others. Prior to assuming his role as head of Clinton County Child and Family Services (CCCFS) he dabbled in retail, held a County Legislative seat and spent over four transformative years at a Harlem, Social Security Office.

Living just outside of New York City and working in Harlem gave LePage an immersion-style exposure to diverse cultures and first-hand experience being in the minority. “I was one of a handful of white people in an office of over 180,” he recalled. “I experienced the wonderful cultures of Black and Hispanic people, and that was one of the best experiences of my life.”

When LePage and his wife Angie eventually found themselves living in a two bedroom apartment with four children, they knew it was time to make a change. LePage applied for a transfer and accepted a position at the Social Security Office in Plattsburgh in 1981. A few years later he took a risk and left his solid government position to go into retail. He and a partner opened the former Ram’s Department store in downtown Plattsburgh, followed by three successful video rental stores. In 1995 he decided to apply for the open Commissioner job.. “It was the best thing that ever happened to me,” he explained, “There is no other job in the world that I would have wanted.” He served in that role from 1995 until 2013.

A few years into his new role as a retiree, LePage recently took time away from the golf course to share some of his insights with Strictly Business.

SB: What was the best piece of advice you ever received?
JL: Where I went to college in 1967, the freshmen had to wear beanies so we could be held accountable. We were told by the Franciscan Brothers that no matter where we were, we were not to walk past anyone without saying hello and acknowledging them. It taught me to be aware and show respect to all the people I met. It helped shape me to be more outgoing and friendly, and it is something I still practice to this day.

SB: What important lessons did you learn early in your career?
JL: If you treat all people with dignity and respect, the outcomes in your life will be better. Secondly, if you work in government, you need to understand clearly that you are a public servant. Your job is to represent your agency in a competent, positive way.

SB: Tell us about your approach to management and leadership.
JL: One of the leadership methods I liked was the Kouzes-Posner model. It consists of five principles that good leaders need to possess: inspiring a shared vision, enabling others to act, modeling the way, encouraging staff to challenge the process, and encouraging the heart of employees. I also wanted my employees to understand and believe that their job was a noble one. No matter where they worked in the office, I wanted them to be proud of the work they did and what their contributions meant. I believe two-way communication is the key for every organization.

SB: How do you work with others in difficult situations?
JL: First, you must accept that conflict is going to happen in the workplace. The second thing is not to take it personally or overreact. I often followed the 24-hour rule where sometimes I forced myself to wait until the next day before addressing an issue. It is important to get the other person to acknowledge their feelings. If you let people get their feelings out, it can reduce the intensity of those feelings. Conflict deteriorates if left unaddressed.

SB: What are you most proud of professionally?
JL: I am most proud of all my years at Social Services. Certainly, any success that people perceived I had goes to those around me who contributed to the success of the agency. I am proud that I put my heart, soul and perseverance into my job. I am also proud of being elected in 2010 by my peers to be president of the New York State Public Welfare Association representing 57 counties and the five boroughs of New York City.

SB: What inspires you?
JL: Watching people who worked for me learning and rowing, gaining confidence and competence, and treating others with kindness. It was very rewarding to watch a person come into the organization as an entry-level employee and work their way up the ladder, developing their skills when given the opportunity. It made me feel great.

SB: If you could have dinner and spend an evening with any well-known person, living or dead, who would you choose and why?
JL: I would choose either Martin Luther King, Jr., or the recently deceased John Lewis. It amazes me how one who is treated like a lesser human being time and time again can still preach and live peace and love. These men were beaten and jailed many times. I would ask them how they remained committed despite all the suffering and mistreatment.

SB: What is something no one would guess about you?
JL: I project a happy, outgoing and easy-going personality. I think people would be surprised at how hard I am on myself. I set extremely high bars for how I show up personally and professionally. When I do not meet them, I do a pretty good job beating myself up.

SB: How would you like to be remembered?
JL: I would like to be remembered as someone who cared about his fellow human beings, and who stayed committed to his principles and beliefs. I grew up in the 60’s and I was deeply affected by the assassinations of MLK and Robert Kennedy, along with the Vietnam War. I think I have the same values today that I had in the 60’s.

SB: What do you believe the North Country community should do today to ensure a prosperous future?
JL: In Clinton County there is so much opportunity for municipalities to work together toward consolidation of services and recruitment of businesses. It bothers me when I see turf wars and municipalities bickering. There is so much money spent on overlapping services like snowplowing, busing, competition for businesses, and many other things. If every town, village and municipality were to look at what is best for all of the county instead of just for their individual town, millions of dollars could be saved and redirected for the greater good.

Jay LePage is a voracious collector of quotes. He has hundreds of them. When he finds one that stands out, he writes it in a notebook. He calls quotes “halfway between poetry and nonfiction. Designed to make us think.”
HERE ARE SOME OF HIS FAVORITES.
“I’ve learned that people will forget what you said, people will forget what
you did, but people will never forget how you made them feel.”
-Maya Angelou
“Wisdom, compassion and courage are the three universally recognized
moral qualities of man.”
-Confucius
“Politics and government are about the improvement of people’s lives. It is about advancing the cause of peace and justice in our country and world. Politics and government are about doing well for the people.”
-Paul Wellstone
“When will our consciences grow so tender that we will act to prevent human misery rather than avenge it?”
-Eleanor Roosevelt