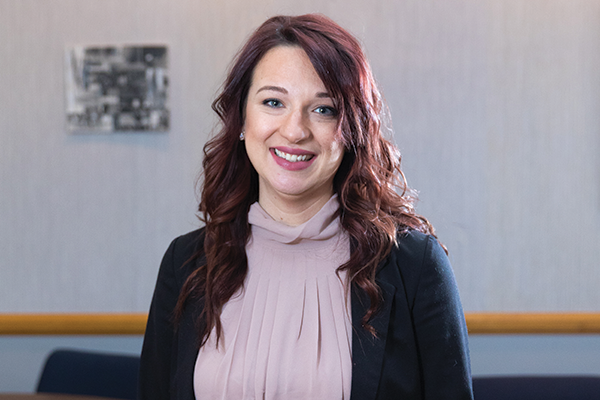 When Elizabeth Cole, LMHC, first started in her role as coordinator of Behavioral Health Services North’s (BHSN) School-Based Mental Health Services in 2014, the program was available in six school districts, serving around 63 children. Today, it serves all 10 districts, as well as two colleges in Clinton County, providing on-site mental health services to approximately 526 children, adolescents, and young adults. In 2015, Cole had six mental health clinicians working with children in the schools; by 2016 that number had doubled to 12. By fall 2017, she will likely need to add three more staff members.

When a program expands exponentially, it’s a good indication that it’s meeting a need.

According to Peter Trout, BHSN’s director of services, one in five people in the United States has a mental health issue, and the North Country is no exception. In fact, Trout shared with other business leaders at the recent Strictly Business Forum that Clinton County has a significantly higher rate of death by suicide than the statewide average. He pointed to a number of possible causes—poverty, unemployment, and drug use—all situations where people are not connected to the treatment and resources they need.

Reaching Kids Where They Are

The School-Based Mental Health Services program is an example of BHSN’s efforts to expand services to non-traditional settings that make them more accessible to the people who need them most. It provides mental health treatment that normally would be provided in an outpatient setting, like a doctor’s office or clinic, to students on site, in school. “It reaches kids where they are,” said Cole, “in an environment where they feel safe. There’s no stigma to being pulled out of class to see the school clinician.”

BHSN provides the School-Based Mental Health Services at the request, and with the approval, of the school’s education teams. Its 12 clinicians work in 21 school buildings in the 10 districts throughout Clinton County. Some are in specific buildings five days a week, while others rotate among different schools, depending on the needs of the district. For example, the Beekmantown School District has three full-time clinicians on site five days a week, which means educators and students there have access to a mental health professional full time.

As with the adult population, professionals are seeing an increase in mental health issues in children. Cole said the increase can be attributed to the causes Peter Trout mentioned—and more. She pointed out that kids today are struggling at a very different level than they were just 10 years ago.

“The peer piece alone is extremely hard—social media, bullying, harassment, and just fitting in. In the past, kids could escape harassment and bullying when the bell rang. Now, with social media, there’s no turn off,” said Cole. “Then you add other social stressors—family stressors, developmental stressors, emotional stress- ors—and you’re asking these kids to cope and function without the skills to do it. They’re not equipped to handle it,” she said.

Cole said that biggest advantage of the school-based program is the ability to collaborate with educators in identifying children in crisis and getting them the services they need. “What we get from the schools is monumental,” said Cole. “Kids are asking for help in ways that they don’t even know they’re asking.” It might not be just withdrawal or a drop in grades; she pointed out that kids who are depressed might be acting out in other ways—violently or sexually, or by abusing drugs. Because of time children are required to be in school during the day, teachers, counselors, administrators, and even bus and lunchroom monitors are often in a position to see the first signs of a child in distress. “They see these kids five days a week in their natural environment, and they can let us know when there’s a problem; we don’t always get the information from the parents.”

If a child is struggling in the classroom, a teacher can make a referral, or if a school counselor has a student with suicidal thoughts, they can let the on-site or district BHSN clinician know. At that point, the clinician will evaluate the child, and upon admission, obtain a signed release from a parent or guardian authorizing BHSN to communicate and work directly with the school to set up a program for the child at risk. Cole added that they encourage parent participation whenever possible.

All funding for the program is provided by health insurance. If a child isn’t covered, school counselors work with families to put coverage with Child Health Plus or Children’s Medicaid in place. The schools pro- vide space for the BHSN clinicians to work with the children, and the clinicians collaborate closely with the education team to schedule treatment or counseling plans so that they become a routine and productive part of the child’s week.

Cole said that another enormous advantage of the program is a decrease in missed “seat time.” “Kids don’t have to be pulled out of class to be driven by a parent to a session at a clinic, which could mean missing hours of school,” she said.

That alone can often make the difference for a parent who might be struggling too. Cole pointed out that transportation is one of the biggest obstacles to getting help. “For some families in the Northern Adirondack Central (NAC) or Northeast Clinton Central School (NCCS) Districts, for example, a 40-minute commute into Plattsburgh once a week isn’t realistic when they might not even be able to do it to go grocery shopping.” The program tries to decrease the challenge of getting proper services and increase the consistency of treatment.

In a district where children ride the bus for up to an hour a day, Christine Brudvig, an elementary school counselor at NAC, has seen the benefits of the program first hand since its origins in a Community of One Safe Schools Healthy Students Grant prior to 2010. “It’s a win-win for everyone,” she said. “In the past, students could potentially miss a great deal of their academic day to attend appointments. Having access to BHSN services at school means a 30-minute visit for a child versus a half- or even whole-day trip for the child and parent. The program has proven to be a great and sustainable collaboration of school and community services, and it’s an enormous benefit for our families,” she said.

Over the last six months, Cole has also been collaborating with University of Vermont Health Network – Champlain Valley Physicians Hospital (CVPH) to decrease ER visits and hospitalizations by adding crisis services to the services BHSN already provides. “Of the 10 to 15 mental health crisis evaluations involving children in the schools over the last two months, 90 percent involved kids who had no mental health services,” said Cole. “We’re trying to prevent crisis-driven ER visits by having school counselors and administrators refer kids in distress to our school-based clinicians for evaluation. Our goal is to bridge the gap between outpatient and inpatient services.”

Dan Mannix, superintendent of the Beekmantown Central School District, said that having the School-Based Mental Health Services in house has been invaluable for kids going into and coming out of crisis. “Crisis takes a lot of time,” said Mannix. “It impacts our whole team, and it can impact the whole school. Because we have the BHSN clinicians available to step in, it means that our teachers and counselors can reach out for help and continue to focus on the job of teaching everyone. You can’t put a price tag on that.”

Mannix said that over the three years they’ve been participating in the program, the school has seen the number of discipline incidents decrease and attendance levels rise. “I can’t attribute it all to the School-Based Mental Health Services—we have a lot of other programs that are helping, too—but they are definitely part of the ‘secret sauce,’” he said. “The impact of the program resonates throughout the schools, and we’ve seen a shift in our school culture. The BHSN clinicians have really become a part of our team—our student support team.”

Cole echoed that. A North Country native who earned her degree in mental health counseling and art therapy from Lesley University in Cambridge, Mass., she saw the benefits of a similar collaborative approach as a counselor in a Massachusetts school early in her career. She now finds the teamwork here particularly rewarding.

“The part I love most about my job is the team approach we take. It’s refreshing to have relationships where everyone is motivated to make a difference in a child’s life,” Cole said. “I’m extremely proud to be part of such a strong team of mental health clinicians. It really demonstrates that it takes a village.”