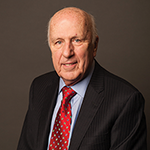 I read a book written by retired Admiral William McRaven recently. You may recall he was a Navy SEAL and the commander of America’s Special Operations Forces, whose exploits include the capture of Osama bin Laden and the rescue of Captain Richard Phillips who was kidnapped by Somali pirates. In his “Sea Stories” McRaven tells of the dedication and bravery of the young men and women who carried out those missions.

Toward the end of his reminiscences he shared his thoughts about millennials. I found his insight interesting, especially since it is time for our annual issue of Strictly Business devoted to the area’s young leaders.

Here is some of what he wrote. “From the battlefields to the classrooms, I have seen the young men and women of this generation, the often-maligned millennials. They are supposed to be pampered, entitled and soft. I found them anything but. They are not like my generation. They are better. They are more inclusive. They don’t see color, or ethnicity or orientation. They value people for their friendship and their talents. They are more questioning. They want to know why. They are risk takers, entrepreneurs, givers of their time and energy. Above all, they are optimists.”

In this issue of SB, we bring you some of the North Country’s business leaders who fit Admiral McRaven’s description. They range in age from 26 to 39 and include bankers, managers, two engineers, a recruiter, a controller, a social worker, several supervisors, an executive director, a sales assistant, an optometrist, and a “trash lady”.

The North Country business community has much to celebrate. We have been able to attract and keep the quality leaders who empower our growth … and that’s good for business.