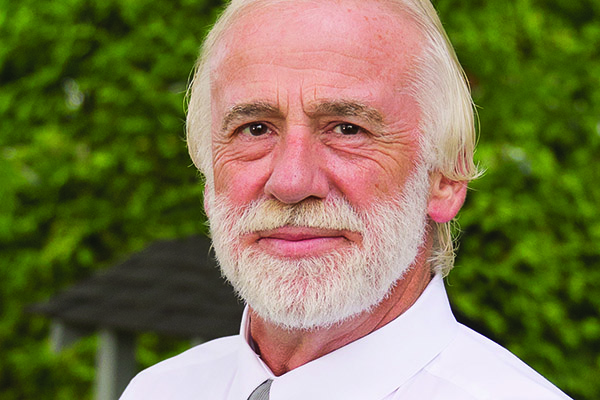 “I’ll tell you,” Kevin Patnode said, leaning forward with a Brick House Nicaraguan cigar between his teeth. “One time, I was campaigning in Treadwell Mills. I knocked on a door and the guy who answered, I had put him in jail. He put his arm around me, invited me in. There were three guys on the couch. I’d put them all in jail, but they were friendly as can be.” It’s an old story Patnode loves to tell. For 20 years he has presided over town court in Plattsburgh, adjudicating in such a fair and balanced way that even the ones he puts in jail are happy to see him. “I never tried to punish anyone,” he said and his record proves it: over 150,000 cases and only one appeal. He explained, “If you go by the book, you never have a problem.”

Patnode is old school in the classroom too. “I teach the gospel of history, almost like an evangelist,” he said. Once five-star WPTZ teacher awardee with near perfect pass rates on the Regents exams year after year, he is known for being a high energy, tough love teacher at Ausable Valley High School. He said his proudest professional accomplishment is the thousands of kids who have achieved success.

Later this year Patnode will step down from his elected position as town justice and he will retire from teaching in 2018. He reflected on his careers in public service and education with great satisfaction. “In my life I wanted to be a teacher and I wanted to be an elected official, and I managed to accomplish both.”

What did you do early in your career?
Grand Union hired me in the manager trainee program right out of college. I started out at the bottom. I worked in the ware- house, then grocery manager, and then store manager. The last store I had was as big as (the Plattsburgh) Price Chopper. I had 125 employees and we were doing $12 million a year in South Glens Falls. I quit that one day. I walked in on a Friday and said, “Fellas, I’m not going to be here Monday.”

Do you regret that?
No! Are you kidding? I wanted to be a teacher. I didn’t want to be in the business world. You have cans and put them on the shelf. When the cans are gone, you do it again. When you’re dealing with kids, it’s a whole different thing.

Who was your most influential mentor?
In teaching it was John Kennedy, my 11th grade history teacher. He turned me on to teaching. Now I’ve had a lot of kids say that to me; some who are teachers now. And Art LeFevre got me started in politics. Ron Brooks, a retired major in the State Police, taught me how to be a good judge. If you go by the book, you’re safe. And my dad worked hard on the farm. His name was Cedric. I wish I could have gotten that name.

What advice would you offer to someone starting his or her business career?
Do something that you love. If you do some- thing for money, you’ll never be happy, you’ll always be chasing the dollar.

What qualities do you believe are necessary for success?
You just have to out work and out hustle everybody.

Tell us about your approach to management and leadership.
It’s a team thing. If it’s us against somebody, the clock, or a production or sales quota, at least it’s us. There’s ownership that way and everybody has a little chunk of it. When I was in business, it took the bag guy and the cashier just as much as it took the manager to make it work. You’ve got to know the names of the lunch ladies, the bus drivers, the custodians, and they respect you for it. No one is any better than anyone else. It takes everyone to run an organization.

If you could have dinner and spend an evening with any well- known person, living or dead, who would you choose and why?
(Hint: Patnode’s cat’s name is Winston and he carries a Churchill silver coin in his pocket.) Winston Churchill was the greatest statesman of the century. Statesman. Not politician. I think he saved civilization. We weren’t in the war at first, and so he developed a nice friendship with FDR because he wanted what we had. He knew he had to court this long distance relationship with the United States to have England survive. For a long time that little island was the last bastion of freedom during WWII.

How would you like to be remembered?
I worked really hard and I didn’t hurt anybody.

What is something no one would guess about you?
I graduated from AuSable Valley class of 1974. The night the school opened the gym for the first time, I was the first guy to jump center at a varsity basketball game there.

Did you win?
We beat Beekmantown that night, my wife’s alma mater.

What do you believe the North Country community should do today to ensure a prosperous future?
We have to gear our education system more toward technical jobs – the higher tech jobs, so those companies can come here and have a ready workforce. Education solves everything. Education solved the AIDS problem. Education can solve hunger. When you’re educated you know how to cope with these things. Education is the key.