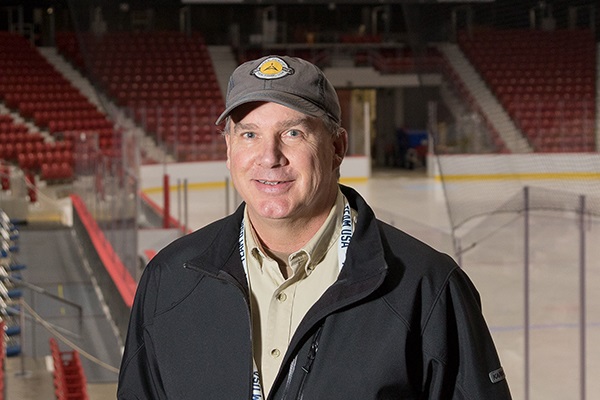 When Governor Andrew Cuomo announced the protocols for opening ski resorts during the on-going pandemic, he took the opportunity to boast about what New York State has to offer winter sports enthusiasts but he might have spotlighted the resorts for another reason. After securing nearly $240 million in funding to modernize and expand the facilities at the Olympic Regional Development Authority (ORDA) that manages three ski areas in the state, he might be interested in securing a return on his investment.

With the COVID-19 pandemic as a wild card for the upcoming winter season, it is understandable that Governor Cuomo would encourage New Yorkers to visit local ski resorts instead of traveling out of state not only for public health reasons but also to keep tourism dollars in the state. But, regardless of his motivation, there is truth to what the governor said about New York’s ski areas. There are more ski sites in New York State than in any other state in the country, with some of the top sites right here in the pristine Adirondacks.

While visitor numbers are a concern because of COVID-19 CEO Michael Pratt is confident that customers will find the experience they are looking for despite new public health regulations which allow for only 50% occupancy for indoor spaces and a 25% reduction in skiers on peak days. Shuttles must keep drivers separated from the passengers, passengers will be limited to groups that are traveling together and windows will be open. Another big difference will be information needed for contract tracing. While masks will be required, Pratt believes patrons will be accepting of the new rules since visitors were respectful during the summer and fall seasons.

According to Pratt, the reduction in occupancy for indoor spaces will be the biggest change. Skiers will most likely get ready in the parking lot instead of the lodges and more will grab their meals to go instead of eating inside. ORDA will be following the same 50% occupancy and chair lift rules it has since it opened Whiteface for the summer season.

Although ORDA had steady crowds during the summer and fall, canceled international events are impacting business and that is especially concerning for an economy that depends on tourists. Local events and youth programs will still happen this season but there will be important changes including advance registration requirements along with no spectators. Hockey is still up in the air, but ORDA is ready to follow guidelines if the state approves ice hockey as a recreational activity.

Another reason to be excited for winter activities at ORDA this year is the new Cliffside Coaster at Mt. Van Hoevenberg. The longest mountain coaster in the world — 1.4 miles costing $6.3 million — opened this past October. Built along the old 1932/1980 Olympic bobsled track, the ride lasts about 15 minutes and can go up to 28 miles per hour. If you are worried about how fast it goes — especially in icy conditions – don’t be. You will be able to control how fast (or slow) you go.

The Cliffside Coaster is just the latest of the modernization and construction projects at ORDA. Pratt emphasized the $240 million funding was much needed to modernize facilities that were 42 years old and to update them to meet international standards. ORDA is taking advantage of the funding to set up facilities that will operate for the next 30 years and make them ADA compliant. Additionally, state funding has also helped ORDA expand its reputation as a recreational and tourist attraction. According to Pratt, taxpayer money has been well spent. Sales numbers have increased dramatically since he started his role as CEO in 2017 because of the updates and new construction projects, leading to a direct return to New York State for its investment.

ORDA has a significant local economic impact. Visitors shop in the region, stay at local hotels and eat in area restaurants which leads to strong working relationships. A recent third-party report found that ORDA puts $273 million a year back into the state’s economy.

In addition to its economic impact, ORDA takes pride in its environmental footprint. Both Whiteface and Gore Mountain produce solar power, and the Lake Placid Olympic Region recently received Gold certification by the U.S. Green Building Council’s (USGBC) LEED for Cities and Communities. To earn the designation as the first region to be rated under this system, ORDA worked with the town, village and the school district and also sought help from Clarkson University, making it a true community effort. Pratt emphasized that the community expects ORDA to be stewards of the environment, and he is proud to embrace that and make it a part of the core values of the organization.

Although the pandemic has stalled construction and modernization projects, after a strong summer season Pratt is expecting an equally successful winter season. “People will still be able to visit ORDA’s sites and enjoy the experiences they have always enjoyed,” he emphasized, “The state has done a great deal to protect public health with its guidelines while still allowing ski resorts to operate. We’re ready. Come visit us!”