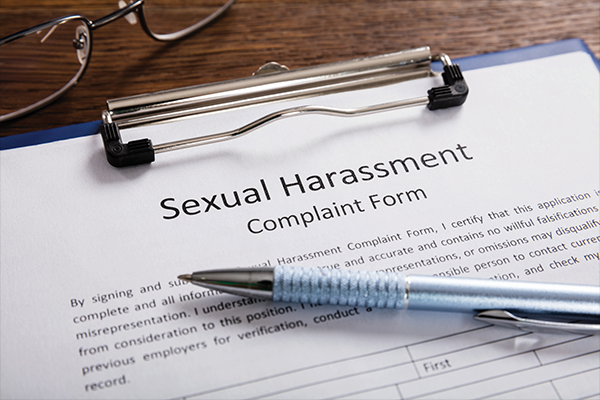 On Monday, August 12, 2019, New York Governor Andrew Cuomo signed a major expansion of the state’s workplace harassment and anti-discrimination laws. The amendments continue to expand employer obligations to prevent and prohibit all forms of harassment based on protected characteristics. The mandatory sexual harassment and discrimination training, together with headline news around the country have heightened awareness, and it is essential that employers, managers and supervisors recognize that it is a new era in workplace civility.

During the last year, I have provided mandated training to hundreds of employees locally. The message is — “the game has changed, we are all in this together and need to change old patterns of behavior. If you see something, say something, so the problems can be fixed.” With the changed standards coming in October, this call is more important than ever.

With these changes, New York employers will not be held to the severe or pervasive test. Now, employers may be liable for any harassment which goes beyond that which is merely a petty slight or a trivial inconvenience. The law also redefines harassment as any practice that subjects an individual to inferior terms, conditions or privileges of employment because of the individual’s membership in a protected category. Since these standards are similar to New York City’s standards for establishing harassment, rather then the federal standards, the Division of Human Rights will be looking at precedents from the New York City Human Rights Commission, rather than long established standards at the federal level.

Failing to Make an Internal Complaint is No Longer a Defense

For the last 15 years, the Division of Human Rights has relied on the federally established rule that employers can defend against a harassment claim if an employee failed to make an internal complaint under an employer’s policy which effectively allowed employees to report harassment to an internal person, who could then address the complaint. Under the new law, the employer can be held liable even without any chance to address the complaint or remedy the situation internally.

Nondisclosure and Confidentiality Restrictions Expanded to All Discrimination and Harassment Claims

Last year, New York State limited the use of nondisclosure and confidentiality agreements used in settlement of sexual harassment claims. The new law expands that limitation to all settlements involving claims of discrimination and/or harassment based on any protected characteristic, not just sexual harassment. These claims are all typically waived in any type of severance agreement, making most separation agreements in the state subject to this new rule.

Similar to the limitation on nondisclosure and confidentiality agreements, New York State last year prohibited mandatory arbitration of sexual harassment claims. The new law expands that prohibition to all claims of harassment or discrimination. While the limitations enacted in 2018 are being challenged in the courts, this expansion of those rules will go into effect as scheduled.

Contractors and Other Individuals Protected

The expanded law protects non-employees in employers’ workplaces. For example, contractors, vendors, consultants, and similar individuals providing services to the employer may claim discrimination against the employer.

The new law now allows the Division of Human Rights and the courts to award reasonable attorney’s fees to the prevailing party in harassment claims. Prevailing employers will have to establish that the claim was frivolous in order to receive an award of attorney’s fees. However, the likelihood of an employer actually recovering attorneys fee in a case is rather slim. In practice, courts and agencies are reluctant to award attorneys fees to the defendant, especially if it is the first claim a person has made.

In addition to attorneys’ fees, employees complaining of discrimination will be able to recover damages, on top of compensatory damages.

Small employers have long been covered if they have four or more employees. The amendment expands the Human Rights Law’s coverage to “all” private employers in the state.

All employees in New York are required to receive annual training on sexual harassment and discrimination in the work place, and the deadline for the first year is October 9, 2019. With the new, more relaxed standard, it is even more critical that every employee receive the training, and that everyone in the workplace take these matters seriously.