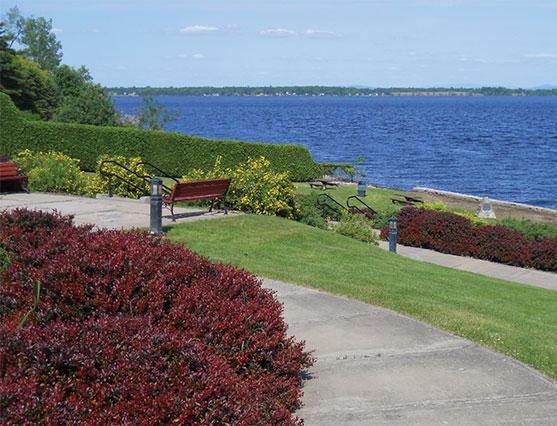 In any conversation about the future of the North Country economy, sooner or later you will hear of the importance of being attractive to “millennials”, defined as the generation that reached young adulthood around 2000, and the future ability to retain more of the graduates of our North Country universities.

Well, two recent bits of news give us reason for optimism. In July, we learned that Plattsburgh has been ranked among the “Top Ten Best Towns in New York to Live for Millennials”. The ranking comes from niche.com, a website designed to explore and compare places, schools and colleges. Towns are defined by the site as communities with under 100,000 population, with Plattsburgh ranked #7.

According to the website, a high ranking indicates that a community attracts millennials with an affordable, diverse community and lots of things to do. Ranking criteria include: ease of commuting; percentage of residents aged 24-34 and percentage of these residents who moved to an area in the last year; crime and safety factors; unemployment rates; access to bars, restaurants and coffee shops; median rent and the rent to income ratio; higher education rates; and resident diversity.

At the North Country Chamber, we believe this ranking is another indication of our readiness for the future. The ability to retain and ultimately attract the millennial generation is pivotal to our future economy and quality of life, and this is a strong indication that we are well positioned in our area, providing a strong foundation to build upon to further enhance our future appeal.

This ranking, of course, follows several others positive rankings of the Plattsburgh area in recent months, including placement among the Top 10 micropolitan cities for economic development success last year by Site Selection Magazine and ranking as the #2 “Micropolitan City of the Future” by fDi (Foreign Direct Investment) Magazine.

As for area college graduates, surely the starting point is a hoped for interest in staying in the North Country if possible. And on that front at least, a major survey commissioned by the Adirondack Association of Towns and Villages and conducted in partnership with public relations firm Behan Communications gives real reason for optimism.

The survey focused on the Adirondacks and tapped more than 300 2015 graduating students from Clarkson, Paul Smith’s, St. Lawrence University, North Country Community College, SUNY Plattsburgh, SUNY Potsdam and SUNY Adirondack. And it showed that 68% of the graduating students considered seeking employment in the region and remaining. This included 82% of the students who lived year-round in the region prior to graduation, and 60% of the students who lived elsewhere on a year-round basis. 53% said they would prefer to live in a rural setting, as compared to 37% who preferred the suburbs and 10% who preferred a big city. Asked to name the top three things they liked about the Adirondacks, 93% of the students said the natural beauty and open space, 68% said outdoor recreational opportunities and 48% said small, safe communities. Asked to name up to three things Adirondack communities must improve in order to retain and attract more young people to live year-round, 87% chose good-paying jobs; 46% chose more year-round cultural, social and entertainment options; and 41% chose improved internet and cellular coverage.

So we have the interest and desire, and most of the key ingredients. And great strides are being made in some previously soft areas such as culture and entertainment and, in the Adirondacks, continuing to close the broadband and telecom gaps. The main challenge is the continued attraction of higher quality employment opportunities that can take advantage of the aforementioned interest and desire. If we hold to our regional strategies and continue to work on them aggressively, this mutually valuable linkage can be achieved.