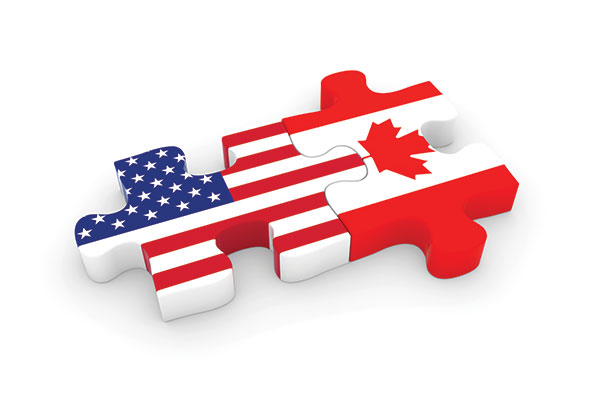 No economic force in history has done more to elevate prosperity while simultaneously enhancing peace and security than free trade. Yet, here in the U.S., which remains a major exporting nation, there has never been a broad constituency for trade beyond business types.

Here in the North Country—what is now sometimes referred to as “New York’s other international gateway”—we have become special beneficiaries of global commerce and investment, with Plattsburgh becoming last year the No. 2 micropolitan area in the entire Western Hemisphere for foreign direct investment.

It is global trade that has made Montreal the No. 1 trans-Atlantic seaport, greatly enhancing our area’s global connectivity and relevance.

It is Canada-U.S. free trade, framed within NAFTA, that accounts for more than 100 Canadian-based companies in our area with some 15 percent of the Clinton County workforce employed by a Canadian or border-related employer.

It is the emergence of the Quebec-New York Corridor as one of no more than a half-dozen newly dominant connections between Canada and the U.S. that has transformed us into Montreal’s U.S. suburb and made us a hub within one of the continent’s rising zones of prosperity.

Yet we find ourselves in a period of great political peril as “trade” becomes a term used almost exclusively in negative ways by presidential and other candidates of all parties.

My feelings are as follows. It may, in fact, be time for a fresh assessment of our position within the world of trade agreements, especially in the context of negotiations and strategies going forward. There are indeed legitimate issues related to currency manipulation by China, to relative labor and environmental standards of many countries that are still developing economically, and there are without question serious issues with Mexico related to law and order, encouragement of northward migration, the drug trade and more.

But when the political winds bring officials and candidates to sim- ply scream about trade without differentiating among agreements and economic relationships, and to utter words about “tearing up NAFTA,” we must be the voice of reason and caution. As a special region that has finally found a prosperous future by grasping the ways to make our international connectivity work for us, but also as one that struggles constantly to keep Washington from doing dumb things that would wrongly disrupt the U.S.-Canada relationship, we have much at stake and the experience to understand the hazards ahead.

We must tell them to debate trade if they wish but to differentiate the U.S.-Canada economic partnership from the issues related to China, Mexico and other dynamics. Because our two nations no longer trade. We are increasingly a complex, integrated bi-national region that doesn’t so much ship boxes back and forth like the U.S. and Romania, but which instead makes things together. Two G-7 nations with high environmental and labor standards (even higher, in fact, in many respects in Canada than here). Two NATO allies with shared security and global defense commitments. Two neighbors with shared values and freedoms.

Two nations whose economic unity is no longer even served by the old vocabulary of “trade” which, for example, calculates Canada’s supply of oil, gas, and electricity entirely as negatives and as components of a potential deficit. However, excuse me, but isn’t the proximate availability of secure energy from an ally next door to feed our economy a positive? Of course it is.

As we hear ill-considered words from political sources on both sides in the weeks and months ahead, we must all take pains to caution against side swiping Canada and our U.S.-Canadian economy. Let other trade issues and deals be subjected to debate. However, the singular importance of our Canadian economic connection (whatever specific issues there always are between any partners) is not and must not become debatable.