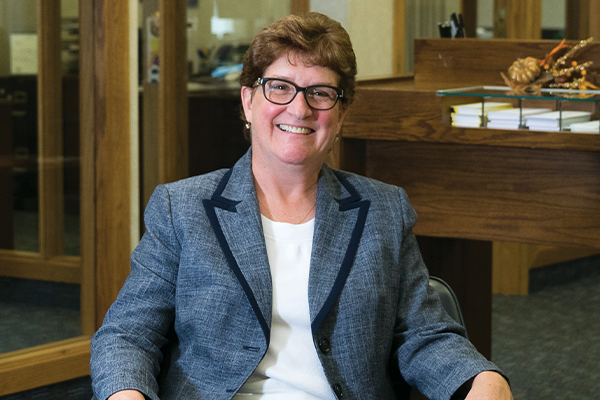 Norwich, New York is a small town in the rolling hills of the central part of the state. It was once a booming manufacturing center, with a canal and railroads connecting it to larger cities like Syracuse and Binghamton. In the 1850’s, it was home to the largest hammer company in the U.S., the Borden milk products company and the makers of Pepto-Bismol. There was a need for banking services in town, and in 1856 the forerunner of today’s NBT Bank NA was formed.

Although the canal was closed long ago and there is only one railroad left, the headquarters of NBT Bank is still in Norwich. The name changed occasionally over the years, but it is the same bank. The name NBT Bank NA stands for National Bank and Trust National Association. Banks with the word national in their name, or the abbreviation NA, are federally chartered, as opposed to state chartered. The difference between the two types of charters today is slight.

Over the years, NBT Bank acquired numerous small central New York banks and survived the Great Depression. In the 1940’s, the bank offered its employees retirement and medical benefits, showing a concern for the well-being of its staff that continues today. With the loosening of regulations, NBT Bank was able to expand into other states and now has 150 locations and 1,700 employees in five northeastern states. The bank’s first foray into the North Country came in 1989, when it acquired the Bank of Lake Placid. In 1993, it took over the Brinkerhoff Street and Ellenburg Depot branches of Key Bank, and in 1998 opened its branch on Route 3.

I recently visited the Route 3 location and sat down with Pat Garrow, Senior Vice President, in her spacious corner office. Garrow has been in Plattsburgh since age five but does not consider herself a native. She graduated from Plattsburgh High School and holds a degree in accounting from Clinton Community College. She’s worked her entire career in banking, most of it for NBT. As one of the bank’s eight territory managers Garrow oversees 24 locations which in turn are managed by three market managers working under her. She’s on the road a lot.

When asked about the seeming proliferation of banks and credit unions in the area, Garrow explained there really are not more banks, but with name and ownership changes, it may look that way. There are indeed several new credit unions but she doesn’t regard them as competition for her business.

NBT Bank selected the site on Route 3 to better serve customers. Located just a stone’s throw from I-87’s exit 37, the bank sits near the mall and is in the midst of restaurants, grocery stores, a big box store and numerous other retail businesses. By purposefully locating where lots of customers (and potential customers) can be found, the bank wants to make it easy and convenient to access its services. There is plenty of parking adjacent to the front door, and two drive throughs for those in a hurry.

My first impression when I walked into NBT Bank was how pleasant and friendly the atmosphere was. Not one but two different employees said good morning to me in the lobby. By nature I’m a dour New Englander, not rude but not effusive either. However, I’ve spent enough time in the American South to notice the regional differences in how retailers treat customers. In the south, everyone greets you and asks how you’re doing, while in the north, retailers are less talkative, especially if they don’t know you. This bank staff made me feel genuinely welcome. I asked Garrow about it, and she said that the bank works hard to keep employees happy, because when the employees are happy, the customers are more likely to be happy. “I believe strongly that our level of service and our employees differentiate us from other banks,” she said.

To put NBT into context in the local banking scene, one can use the bank’s assets for comparison. Those numbers are readily available and are given here to provide a sense of scale. Toward the upper end, the Bank of America reports assets of $1.8 trillion, while Key Bank’s assets are listed as $26 billion. Community Bank NA shows assets of $11 billion on their balance sheet, and NBT Bank has assets close to $9 billion. For comparison, Champlain National Bank claims $350 million in assets.

NBT Bank prides itself on the scope of services it offers. In addition to traditional services like mortgages, checking accounts and credit cards, the bank maintains an array of mobile and on-line services designed for customer convenience. If by some odd chance your Aunt Ruth sends you a paper check for your birthday, with the proper app you can snap a photo of the check with your smartphone and deposit it without having to leave your home. This is an example of mobile banking. On-line banking refers to wire transfers, account confirmation, automated clearing house payments, and the like. Garrow noted that younger people especially appreciate the range of on-line and mobile banking services, finding value in their time saving features.

The bank offers a wide range of services to not only businesses but also governmental entities, like municipalities and schools. Loans, checking and savings accounts, lines of credit, retirement plans, insurance and payment processing are available. Agricultural lending is a specialty of NBT, with loan officers on hand who are knowledgeable about that specialized industry. Farmers can borrow for real estate, equipment, animals, and annual operating expenses.

NBT Bank has a long and successful history.

The cheerful feel of the Route 3 branch is indicative of the bank’s belief that employees who are happy in their jobs will provide exceptional customer service. In the competitive local market, it’s a winning strategy.