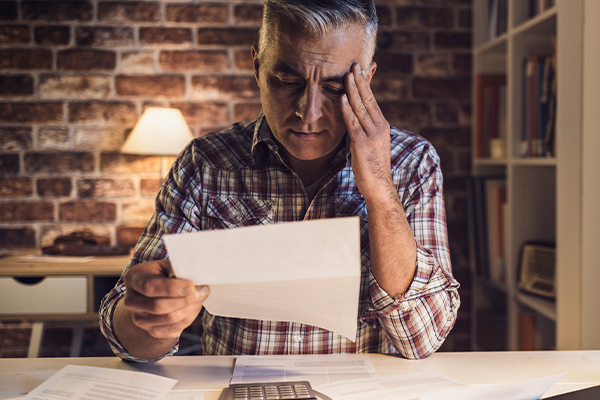 It has been a year of nervousness and anticipation for those who depend on financial markets for mortgages, loans, even retirement savings. Many shoes have dropped, and there are more to come.

Few similarities exist between the causes of this year’s financial pain and those of 2008. Malfeasance and extremely poor risk management by the private sector led to the last crash, but these have not been repeated this time around. Instead, uncoordinated and often ineffective COVID responses globally created breaks and constraints in the supply chain that affected its efficiency. These problems compounded over time, and continue to linger more than two and a half years later.

The biggest wrinkle is the decline in labor force participation. People have pulled out of the traditional labor force en masse as they opted for the gig economy or retirement rather than participate in an unreliable and, for some, dangerous work environment. Enough of that work force never returned, which led to a low unemployment rate and tight labor markets that worsened the supply chain woes.

Those Are the Familiar Causes. What Have Been the Responses?
Just like 2008, the response has been tepid at best. In 2008, faced with rising resource prices (remember the $4 gasoline?), our economic leaders debated whether it was necessary to slow the economy down by raising interest rates. Then, when the lack of regulatory oversight could not prevent the meltdown in financial markets, the Federal Reserve had to debate stimulating the economy.

A few months of indecision of whether to zig or zag was enough to cause panic in markets. Then, the US Treasury decided to bail out Wall Street to the tune of about a trillion dollars, while it left Main Street high and dry. The Great Recession ensued in that environment of dysfunctional and uncoordinated monetary and fiscal policy.

We did not really learn our lesson from that. This time around, we were again asleep at the switch, with stimulatory interest rates held down far too low and far too long and with two presidents willing to throw money at voters at an unprecedented rate. Even when it was clear to economists that the economy was overstimulated, the Federal Reserve, in the midst of a competition to see who would be appointed its chair, did not act decisively enough as the supply chain woes pushed up prices.

Meanwhile, the government continued to spend. Over the past twenty years, the total federal budget deficit has risen from under $10 trillion to over $30 trillion. Yet, the quality of our public infrastructure continues to decline, student test scores are dropping, college graduation rates are low, and our nation
still has a large rate of infant mortality. The financial markets have done very well, but that spending does not seem to be trickling down to the quality of life of the average American.

Now, with the highest inflation rate in almost half a century, the Fed is forced to catch up with inflation that was allowed to spin out of control. Their resulting upward pressure on interest rates is felt by us all, especially in a mortgage rate that has doubled in the last six months and appears destined to continue to rise for a while yet.

The high interest rates affect borrowers, especially those starting out in the world who are dependent on student loans, first car purchases and mortgages. Those later in life who wish to take out some of the equity in their homes to provide a cushion in their retirement are also affected.

Inflation also takes a whack at us all since most income earners derive their spending power from wages, and wages for most have not caught up with inflation. In effect, inflation taxes us all, but it does increase profits for those with the latitude to raise their prices. Most of us cannot easily command a higher price for our wages, though.

Those hurt most are on fixed income, especially retirees. Their pensions don’t rise with inflation, nor does the minimum wage. Social security payments are protected though, with cost-of-living adjustments that tend to bake in the buying power for at least that modest amount of income for retirees.

In sum, many of us are poorer for inflation, some very much so, and some are poorer for high interest rates. Our young people see this. They have little confidence they will have the financial security of their parents. Those who will bear the brunt of the Fed’s anti-inflationary measures are relatively few. They pay a dear price to spare most all of us the lesser but still substantial price of inflation.

We will see how this plays out over the next few months. We have the tools necessary. The only question is how well we use them. Our history over the past two decades is our failure to coordinate effective monetary and fiscal policy. Banks too-big-to-fail and some of the wealthiest on Wall Street were bailed out in 2008, even though their follies in financial markets caused the Great Recession that was so costly for the rest of us. Meanwhile, Main Street and Elm Street faltered, and continue to struggle more than a dozen years later.

This isn’t simply or even nearly COVID-related, although COVID-19 came at a very bad time. Instead, Main Street suffers from a lack of economic resiliency as different levels of government fight rather than fix fundamental weaknesses in our economy.

We can look to other countries for a recipe for success. For instance, Canada weathered both the Great Recession and the COVID downturn far better than did the United States because all policymakers agreed on what needed to be done and got on with it. Perhaps equally important is their willingness to also agree when to stop stimulating and start saving for a rainy day.

Economic coordination requires our elected officials to put politicking aside and work hand-in-glove with the economic experts they ask to come testify on a regular basis. We need state governments and the federal government to time spending and stimulation around the ebbs in economic cycles rather than
around political cycles.

We especially need policies that build up our infrastructure and capacity to produce rather than simply provide a temporary jolt to personal and investment income. Such easy but politically popular “fixes” that work on consumption rather than infrastructure merely create asset bubbles on Wall Street with very little actually trickling down to the real economy on Main Street.

Dr. Colin Read is a professor of economics and finance at SUNY Plattsburgh’s School of Business & Finance. You can read his weekly blogs on the economy at www.everybodysbusiness.online.