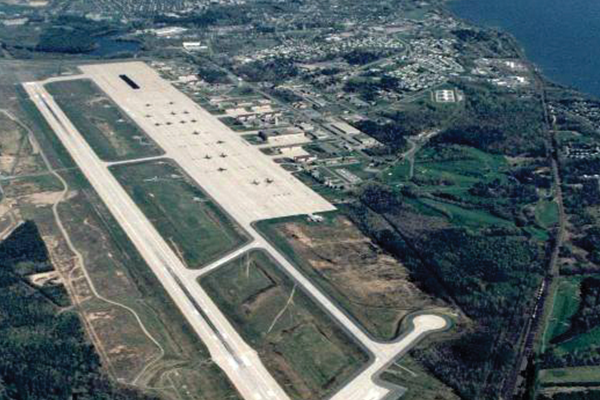 In October 1995 the flag officially came down at Plattsburgh Air Force Base, beginning an uncertain journey into the future with a focus on transforming a 3,500-acre city within a city into a positive new role in the North Country economy.

On May 17th, the PARC Board, in concert with the seven chief elected officials who created PARC and who appoint its board members, acted on the resolutions which have set in motion the corporation’s dissolution, reflecting the achievement of its aim of positively transferring all of the former Base to new owners and new uses.

This milestone brought back personal memories of the initial days of the Plattsburgh Intermunicipal Development Corp., a large inclusive body that started the process of planning and consensus building, then creating PARC (Plattsburgh Airbase Redevelopment Corp.) as a smaller entity with the mandate to bring about redevelopment and eventually transfer all of the property from the Air Force. I had the honor of representing Congressman John McHugh, first on the PIDC and then on the seven-member PARC board, including nine years as Vice Chair. And then seeing the North Country Chamber take on a key role in airport development with Clinton County, which continues to this day.

The transformation is remarkable. The former old and new Bases, once separated from the community, are now so integrated that newcomers have little sense of going from one part of Plattsburgh to another. There are hundreds of homes, from the restored historic residences along the Oval, to all of the new homes and condos still being built. There are dozens of employers with hundreds of people going to work on the site each day, including several key components of our large and growing cluster of Transportation Equipment and Aerospace companies. There are parks and playing fields and recreational assets. There are new homes for Seton, ARC and other educational and non-profit services. There’s an amazingly multi-faceted senior living community making it possible for many more of our seniors to remain a part of our community.

And there’s Plattsburgh International Airport, developed separately from PARC, but building upon the initial Base redevelopment successes and doing things with the aviation assets that few would have predicted back in 1995. Indeed, there were supposed “experts” doing consulting reports who said passenger service could not happen here, and certainly not by drawing from Montreal.

The all-around redevelopment of PAFB remains one of the greatest success stories in military base conversion nationally, especially as it was achieved without us being “gifted” with some major new federal or state operation as happened elsewhere, and with no surviving military presence as at Griffiss and Pease. It was done the hard way, one development at a time, ending with an outcome that is diverse, multifaceted, private sector in character, and now a very different, but very positive new contributing force to the regional economy.

Congratulations to the dozens of people who have been a part of this journey from that day in 1995. Thanks to what has been created, we can genuinely say that the best is actually yet to come.