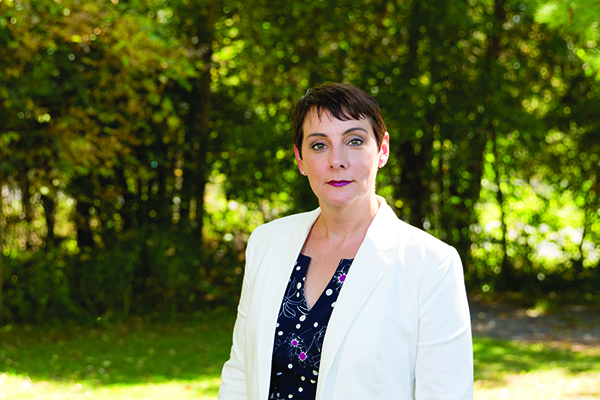 Drug addiction is driving 20 percent of men out of the U.S. workforce, according to research done by a team led by Princeton economist Alan Krueger for the Brookings Institute. Employers, who are already finding it difficult to hire in a workers’ job market, are finding drug addiction cutting into the labor pool. In testimony this summer, Federal Reserve chief Janet Yellen indicated the opioid crisis was having an effect on the labor market, saying, “I do think it is related to declining labor force participation among prime-age workers. I don’t know if it’s causal or a symptom.”

Yellen made her comments as an opioid and heroin epidemic has surged across the country—hitting working and middle-class communities especially hard. And Clinton County is no exception. The present opioid epidemic is the legacy of both major availability and an increase in painkiller prescriptions that began in the late 1990s, and gave way to illicit drugs such as heroin and fentanyl in the last decade.

Yellen’s question about drug addiction being causal or symptomatic makes one wonder why people start using drugs in the first place. The reasons are many. Some started using because drugs brought relief or escape from pain, anxiety, depression, trauma, low self-esteem, or a host of uncomfortable emotions. Sometimes after a medical procedure a doctor prescribed an addictive medication that got them hooked. Others started because it was normal among their friends or family. The one common denominator: No one ever began using expecting to become an addict.

Whatever the many causes and reasons for the epidemic, the first step in reversing it is to get drug addicts into treatment. In Clinton County, the person charged with leading that effort is Richelle Gregory, director of community services at Clinton County Mental Health and Addiction Services. Gregory receives her mandate from the Clinton County Community Services Board, which is made up of nine individuals appointed by the county legislature. The board presently includes a physician, representatives from various agencies, and concerned citizens.

Their 2017–18 Local Services Plan seeks to increase housing for the homeless, have operational a mobile crisis team and detox unit, have the Substance Abuse Prevention and Recovery of Clinton County
(SPARCC) work with employers to support individuals in recovery and address the concerns and barriers to employing those in recovery, increase public education and knowledge of community resources available to substance abusers, increase peer recovery support services throughout the community, open a detox facility in Schuyler Falls, and continue support for system-wide suicide prevention.

Each of these efforts is designed to help the substance abuser seek and utilize treatment and stabilize their lives. Gregory’s responsibility is to implement the plan. As such, she oversees the county’s outpatient clinic on Arizona Avenue and has oversight of all New York State funding that flows to area agencies and programs that deal with addiction, mental health, and developmental disabilities. Champlain Valley Family Center, NAMI, Behavioral Health Services North, and the Evergreen Townhouse Community are all private nonprofits that receive part of their funding from New York State through the county and her office.

Gregory emphasized that the key to her work is partnership, collaboration, and teambuilding rather than working as a clinician with responsibility for diagnosis and treatment. She bemoaned the lack of communication between the public and the private sectors and noted that the existence of different regulations and expectations in each sector makes it that much more difficult to work together. And at a time when probation, law enforcement, elected officials, nonprofit agencies, and caregivers are working together to combat the current epidemic, employers are usually missing from the table.

She said she sees the impact on the labor force as a chicken or egg problem. “Men and women out of the labor force have a higher risk of abusing drugs, and drug abuse in the labor force leads to unemployment.” She said that in a work environment, “there is a stigma when you are labeled an addict. You are seen as not as reliable, prone to a possible relapse, weak, and untrustworthy.”

Gregory and others in the public sector have found it difficult to get employers on board. Most employers know from experience that for workers with active addictions who can’t stabilize themselves through treatment productivity declines along with their work ethic and their dependability. Gregory said there is no good data on the amount of employer drug testing being done in the county, but an unscientific survey at this year’s Strictly Business Forum showed a general dissatisfaction and dismay about the number of potential hires who couldn’t pass a drug test.

“It is difficult to hire recovering addicts and alcoholics because employers believe they are taking a risk,” Gregory admitted. But she asked, “Is it a greater risk to hire someone who hides their addiction or someone who shares openly about their addiction?” Furthermore, many employers still view addiction as a lack of willpower instead of a complex disease that deserves long-term, extensive treatment, just like any other chronic condition.

There are other workforce barriers besides risk, stigma, and lack of knowledge. For example, Gregory has found that even making treatment more accessible is a barrier. She explained that most jobs require attendance during normal work week hours and most treatment facilities receive patients during normal work week hours. Gregory is finding it difficult to open clinics on weekends when people have more available time. “I think we need to own our parts of the system that create barriers. Too often we remain in our silos and don’t work together. We need a holistic approach,” she said. Even though some agencies under her purview do home visits, she wants clinicians to do them also. “Addicts are not going to come to you and if they do, they can often present well because they can keep it together for an hour,” she noted.

In Gregory’s campaign to create more accessibility, she is constantly devising innovative ways to meet people where they are. Besides home visits, Clinton County Community Services is working on establishing satellites in primary care and pediatrician’s offices, and almost anywhere people congregate. They are even experimenting with virtual reality systems.

Remember the old saying, “You can bring a horse to water, but you can’t make it drink.”? Gregory’s version of the familiar adage is, “People have to be uncomfortable to change.” And why should they when, as she explained, “we live in a society of quick fixes, from prescription medication for pain to instant unwinds”? But Richelle Gregory is ready for change and ready to combat an epidemic that is affecting every part of our region. “Substance abuse is glamorized and made socially acceptable. We need to glamorize recovery.”