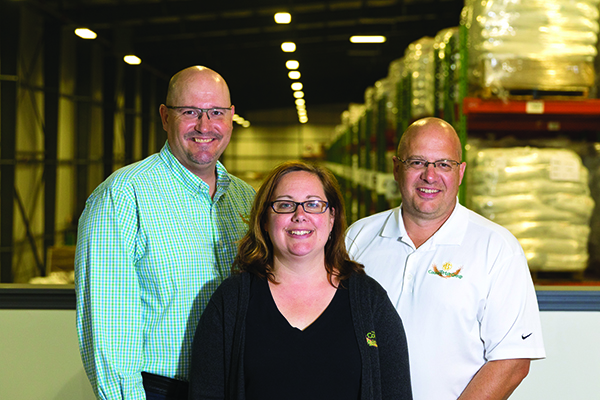 In 1920, due to Prohibition, breweries across the United States were closed down or began making malt (barley that has been steeped, germinated, or dried for brewing, distilling, or vinegar making) for other purposes. The home brewing of beer with an alcohol content higher than 0.5 percent remained illegal until 1978, when Congress passed a bill repealing federal restrictions and excise taxes, and President Jimmy Carter signed the bill into law.

Within months of home brewing’s full legalization, Charlie Papazian founded the Brewers Association (www. brewersassociation.org) and the American Homebrewers Association (www.homebrewerassociation.org). In 1984, Papazian published The Complete Joy of Home Brewing, which remains in print alongside later publications such as Graham Wheeler’s Home Brewing: The CAMRA Guide. Once the regulations imposed by Prohibition laws were lifted, the craft brewing revolution was under way. In kitchens and garages across the United States, people who learned to brew their own beer were driven by individual experimentation. They scraped the money together to buy brewing equipment and loved the taste of what they made. For the most part, crafts people like what they do with their hands and their brains, relish the story of their brews, and don’t particularly want to grow huge and make a lot of money. U.S. craft breweries began to take off in the mid-1980s and skyrocketed in the 1990s.

The History of Country Malt

“I always wanted to start my own business, but wasn’t sure what kind,” explained Bryan Bechard, president of Country Malt Group and a graduate of Le Moyne College’s Madden School of Business. “My brother was a home brewer in the ’80s and ’90s and was having trouble finding proper malt and other ingredients he needed. He was well established in his career and wasn’t going to risk his own or his family’s livelihood on a new venture. Our father, Claude, had recently retired and together we decided to investigate the opportunity. In 1995, we began North Country Malt Supply, literally in my parents’ backyard, with six bags of grain, a homebrew grist mill, and a cargo van. Our first years were lean but enjoyable for us. My father has always had an ability to look at something and either know how to fix it or make it work better. That played a key role in our early years. I have always said if my father didn’t do what he did in the beginning to build the business, it would have never survived and grown to the point where I was able to focus on it full time and make a living from it. He built a foundation I was able to expand upon.”

Over time, the Bechards developed their business model, and grew with the craft brewing industry. In 2007, North Country Malt Supply was sold to United Malt Holdings, a U.S. company. Two years later it was sold to the GrainCorp of Australia. Today, Country Malt is the largest supplier to craft breweries in North America, and GrainCorp is one of the largest malt producers with operations on three continents. Employing 40 people in its 135,000-square-foot warehouse on Beeman Way in Champlain, Country Malt was recognized as the “Business of the Year” in 2015 by the North Country Chamber of Commerce.

“We sought to get exclusive rights on brands so we can provide our customers with the specific ingredients they need at a marketable price,” explained Bechard. With a business model designed for the smaller brewer, we are a ‘grocery store’ for them and a ‘one-stop shop.’ By listening to what the customer needs, and providing pallet pricing, we have been able to do very well and grow as they grew.”

Efficiency and Safety in Day-to-Day Operations

Four years ago, Bechard brought Chris Trombley on board as the site manager in Champlain. Trombley, who holds an AS in Business from Clinton Community College and a BS in Emergency Management from SUNY Canton, arrived with 19 years of experience in maintenance and engineering at Pfizer. He was the fire chief in Champlain at the time (and still works part time as the deputy fire coordinator for Clinton County Emergency Services).

“After working for a big corporation, I wanted to work for a mediumsized family company so I could enjoy the excitement as the business grew,” disclosed Trombley. “As the fire chief, I had done walk-throughs and assisted with developing safety procedures here at Country Malt, and became interested in the business.”

It didn’t take long for Trombley’s job responsibilities to expand to operations manager of the Eastern Division. In addition to Champlain, he is now responsible for warehouses in Toronto, Chicago, Dallas, and Ashville, North Carolina. He ensures that the company maintains an outstanding safety record while assuring that operations on the East Coast run smoothly.

As an integral member of the North Country business community, Country Malt partners with a myriad of area businesses to accomplish their objectives. For example, Neil Fesette of Fesette Realty built and leases the company’s warehouse in Champlain, Powertex of Rouses Point supplies Country Malt’s polyethylene grain bags, Modern Mechanical designed and installed two robotic arms playfully named Bag Nabbit and Bag Stabbit, Lakeside Container creates the company’s trays, the Boire Benner Group designed the company’s website and advertising materials, and Adirondack Pallet supplies the portable platforms for moving and storing heavy ingredients. The company also takes advantage of development grants through CCC Advanced Manufacturing, and works closely with Casella Waste to develop methods of reducing its environmental footprint. “We compact and recycle as much as we can,” said Trombley. “Essex Pallet of Keeseville uses our grain dust as a lubricant for its machines; the dust is also used as a coagulant for wood pellets.” Every local craft brewery is a customer; there are too many to list.

One important value Country Malt maintains is to support the communities in which it operates. To this end, it contributes to events and fundraisers at area schools and churches. In addition, it is a sponsor of the Tour de Force, an annual four-day bike ride beginning in Boston and ending in New York City, which honors and keeps alive the memory of victims of 9/11, and benefits the families of police officers who gave their lives in the line of duty.

Bechard and Trombley both cite diversity as a key factor to building an effective team. “We employ people of different genders, ages, and ethnic and educational backgrounds,” said Bechard. “Diversity of thought works much better—otherwise we all think and look through the same lens.”

“We challenge each other respectfully,” said Trombley. “Conflict is healthy and expected. We listen and then do a course correct as needed. Our aim is to empower people to become leaders themselves and learn from their peers.”

Both agree that the type of employee they look for is energetic, passionate, and innovative. “People who have a military background are often outstanding,” explained Bechard. “And people who come from a family farm have a solid work ethic, spirit, and enthusiasm,” added Trombley.

What the Future Holds