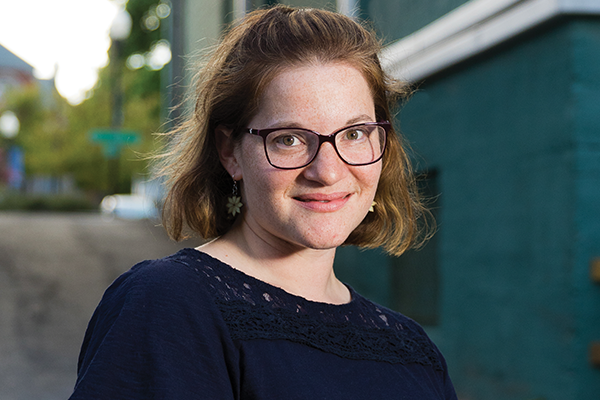 Sixteen years ago, Rachel Dutil’s parents put her on a train to travel across Canada where she then took a plane to Fairbanks, Alaska, to explore the vast expanse and transfer colleges. Since then, Rachel has pursued her journalism career starting as a beat reporter and photographer for The Altamont Enterprise and the Albany County Post, a copy editor and page designer for The Saratogian, and a marketing and research assistant for Imperial Optical before she found herself at Miner Institute. Rachel is passionate about promoting and educating people about agriculture. As agritourism grows and there is an increase in awareness about the origins of food, the Miner Institute takes a vital role in collaborating with other agriculture related businesses to help engage the public.

The ability to confidently and effectively communicate. Anyone who knows what they want or what needs to be said and has the confidence and aptitude to ask for it or to say it respectfully, is destined for success in my opinion.

The expanded knowledge locally about William Miner and his contribution to the North Country. The 2009 release of Dr. Joseph Burke’s biography of William Miner and the 2016 release of Paul Frederick’s documentary on William Miner are the driving forces behind that increased awareness. I’ve had the good fortune to help promote both the book and the documentary through book signing events, film screenings, and an on-air pledge drive at Mountain Lake PBS during an airing of Heart’s Delight: The Story of William H. Miner.

The North Country really has so much to offer! The lake, the mountains, the farms, the food, the proximity to Montreal, Burlington and Boston – I think that we need to build and foster enthusiasm and pride amongst North Country youngsters for all that is going on here so that they might be inspired to want to stay here. It certainly is still important to try to attract SUNY Plattsburgh grads from outside the region and other professionals but I think if we can grow area pride in the residents who are already living here that will be contagious and will help the region to continue to prosper.

Life is painfully short so don’t take it for granted. Spend your time wisely and focus energy on the things that really matter. Don’t sweat the small stuff.