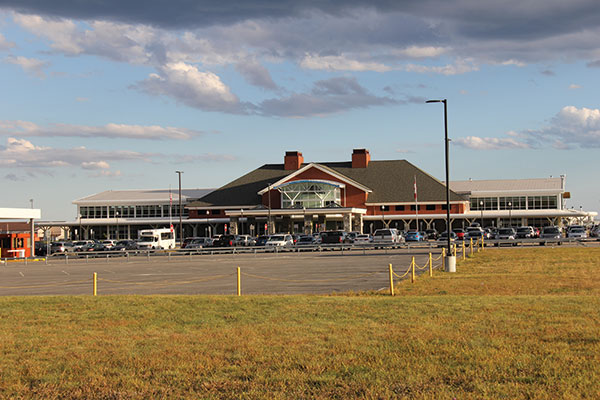 This is an historic year in the evolution of the former aviation assets of Plattsburgh Air Force Base, now taking major new steps toward the next level of opportunity as “Plattsburgh
International Airport: Montreal’s U.S. Airport and Aerospace Park.”

The development of this aviation asset has drawn curiosity and attention from across North America, having the temerity to create a secondary airport for a major metropolitan region across the national border while also viewing the assets in the context of an even grander vision to make Plattsburgh an international hub for Transportation Equipment and Aerospace.

Both ambitions have been very successful, with some 150,000 enplanements annually, primarily from Quebec, and with the attraction of Norsk Titanium to the old Clinton County Airport site, bringing major aerospace production to our cluster. And that could have been enough for many areas, but not for ours, and certainly not for our Clinton County Legislature, which remains such a remarkable partner in strategic economic development in the North Country.

In recent weeks, we have seen the following historic milestones in the development of our economic future:

• Virtual completion of the major $55 million expansion of the airport terminal, with an Open House held on April 19th. All that remains to be completed is the FIS/Customs operation, now due hopefully later this year.
• The finalization of development details for Norsk Titanium, and strong progress on the contract front with major customers such as Boeing.
• The signing of a Partnership Agreement between the North Country Chamber of Commerce and Aero Montreal, Quebec’s aerospace cluster, recognizing Plattsburgh as an emerging aerospace center.
• The award of $38 million in Upstate Airport Funding by Governor Andrew Cuomo.

The latter award, won in a tough competition with other airports across upstate, is especially significant as it will accelerate the next major phase of development at Plattsburgh International—aviation industrial and other economic development components which will generate new kinds of economic activity and employment while also building the lease revenue base for the county to sustain overall airport operations for many years to come.

The timeline is aggressive, with the state and county determined to substantially implement all the various components of the multifaceted $38 million in development by late 2018. Planning and preparation work is therefore very much under way, assisted by a public/private advisory group that includes Clinton County and airport leaders, the North Country Chamber, the Development Corporation, and the town and city of Plattsburgh. Elements of the overall project include a 60,000 square foot industrial building to be operated by the Development Corporation; an air cargo/distribution facility on the flight line; the rehabilitation of several industrial buildings and hangars so they can be leased and put to work; demolition of a number of derelict structures to create ready space for future development; a U.S. Customs facility for clearance of general aviation planes; preparation of the site targeted for airport hotel development; completion and outfitting of space in the terminal for a food service operation; parking lot modernization; a bus terminal proximate to the airline terminal, and more.

The extraordinary funding commitment by the state shows strong confidence not only in our ability to deliver the projects proposed but also in our economic development strategies overall. And it recognizes the extraordinary commitment of the Clinton County Legislature whose $55 million investment in the terminal was no small factor in leveraging $38 million for economic development.