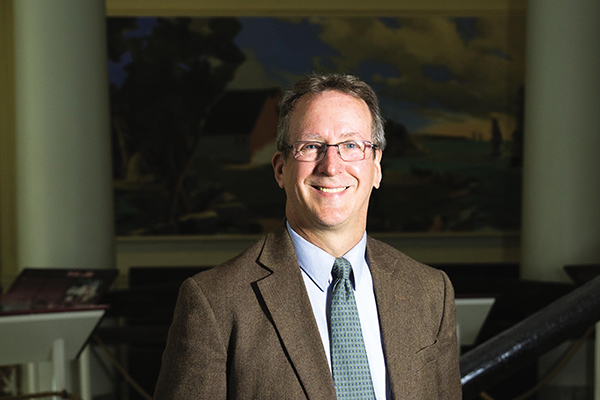 “If you don’t like change, how do you feel about irrelevancy?” Maintaining relevancy in an accelerating and ever-evolving modern economy is a daily objective for municipalities and businesses alike. Relevancy is the competitive edge that keeps demand high for a product. Daily competition to achieve/maintain relevancy can sometimes feel like an overwhelming, yet awakening double shot of espresso that keeps business owners, entrepreneurs, and political leaders focused on growth and progress. Mayor Colin Read’s vision for the City of Plattsburgh is centered on achieving and maintaining relevancy for years to come.

What does irrelevancy look or feel like? For a business, the signs could appear in many forms: an unforeseen shift in trends that leave the business unprepared, customers expecting services or products the business is not able to provide, a drop in sales for core products, or an organizational culture that has grown complacent. For the City of Plattsburgh, the never-ending road toward achieving and maintaining relevancy validates the reinvention of government. “We can’t become complacent as a city,” said Mayor Read. “The stakes are high…and it’s very important that the city gets it right.” The question is: How does local government reinvent itself so it is prepared to build/maintain a vibrant city with a high quality of life and dynamic streets, all while the economy continues to evolve at an incredibly fast rate? “If we think we can keep operating government the way we’ve been operating it over the past 100 years, we’re going to become irrelevant very quickly,” said Mayor Read.

The Role of Mayor

In many ways, the City of Plattsburgh must operate like a business; however the goal of the city’s business model is not to increase profits for shareholders. Instead, the business of running a city is about providing its residents and visitors with a rich quality of life that is welcoming and inclusive regardless of identity. “Ultimately, a city is about people,” said Read. Since Plattsburgh’s incorporation as a city in 1902, there have been 18 community leaders who have taken on the responsibilities of mayor. Each of them faced a unique economic headwind that required effective leadership and decision-making with savvy business acumen. Imagine the unique struggles of Albert J. Sharron, Plattsburgh’s very first mayor (1902–03) at the turn of the 19th century, or John H. McGaulley (1926–31) and Leander A. Bouyea (1932–43) during the Great Depression and WWII. Each were confronted head on with unique economic challenges that required tactful leadership, vision, and (often) tough decision-making.

Although our current economic challenges are not as daunting as the Great Depression or a major world war, one could argue the position of mayor has remained the same in many ways. According to Mayor Read, the fundamental role of mayor has not changed much in the past 100 years, but expectations have. This case is not necessarily an increase in difficulty, but more a pivot in needs. “I think we look at our mayors and more prominent civic leaders as people who can bring forth new ideas and lead organizations with clear thought and vision,” said Read. “I do think the expectations of what we will need to accomplish to maintain relevancy have changed a lot.” Evidence suggests the role of mayor in the City of
Plattsburgh has evolved over time as Plattsburgh has become smaller relative to other major metropolitan areas in the Northeast. “You can see images from years ago when there would be parades downtown with thousands of people gathered; there would be presidents of the United States coming to visit…. Cities of our type and size back then were dominant,” Read reflected.

Residents of Plattsburgh do have high expectations of their political leaders to maintain relevancy. Ironically, the reinvention of government—although necessary for growth—is sometimes a contested source of change. If we think of our city government as a business, there are several “products” that citizens desire or require before they will commit to buying in. Citizens expect top quality education and academic opportunity. They want to sleep well at night knowing their community is safe, inclusive, and fair. Many citizens require modern and specialized health or human services in their community, not to mention a strong desire for recreation opportunities. Just like any business with a diverse line of products, the City of Plattsburgh also has its own unique offerings…and bundling them together in a meaningful package comes with a price to the consumer.

“We’ve got a unique product!” said Mayor Read, referencing the city’s unique history and downtown culture, access to Lake Champlain, proximity to other great cities, and—of course—the Adirondacks. “We have to view it that way.” The City of Plattsburgh and the surrounding communities certainly have a unique product to offer. In a quickly evolving economy, local government diversifies the ways in which this unique product is funded. “There was a time when a city manager or council just created what they thought was a reasonable budget and then raised taxes to pay for it,” said Read, referencing the example of a 30 percent property tax increase he had seen in another city years ago. “You can’t do that. You have to create a budget that you think the market will bear.” So how do we fund it all? First, we must understand that most cities do not live in a captive market. In other words, citizens are not forced to buy property in the city to take advantage of the city’s products.

According to Read, we need to believe in and invest in ourselves so we can create a city and a downtown that’s vibrant and attractive, ultimately making the City of Plattsburgh appealing to future residents and developers. The $10M Downtown Revitalization Initiative (DRI) grant is a great opportunity for the city to set the stage for private investment and downtown growth. “Many people think that the $10 million is seed money to subsidize the stuff that [developers] are going to do. No, that’s not the case at all,” he explained. According to Read, the purpose of the DRI grant funding is to leverage it in a way that supports additional growth long term, creating a downtown that is vibrant, exciting, and attractive. “That ups the game for us,” he said. “For me, this means creating a walkable city that connects our assets—such as the Strand, the riverfront, the lake, our downtown shopping—and adding green spaces that create opportunity for a more visitor-friendly and resident-friendly downtown experience.” It will also be crucial for the city to see growth in the number of its year-round residents, especially downtown. In particular, evidence suggests that mixed housing options that combine active-living seniors and millennials are a huge opportunity for boosting the downtown economy. According to Mayor Read, 60-somethings and 20-somethings share a lot of the same values. Both groups are less likely to own and maintain a car, more likely to crave an urban experience, and both want a lot of stimulation and recreation opportunities. He pointed out that getting these groups to live in the same community together could facilitate more growth opportunities for downtown businesses because they would have year-round clientele.

For those Plattsburgh residents who crave instant gratification, short-term projects for the downtown area are already in progress. For example, the City of Plattsburgh is already moving forward with an interactive History Walk that will begin the process of creating a more walkable city. The work is being done completely in house and when completed, the trail will contain around 50 historical signs throughout the downtown area. Many local businesses have risen to support the project. In addition to the History Walk, more live entertainment downtown is something that residents may have noticed already, and will continue to see moving forward.

According to Mayor Read, a fundamental piece to Plattsburgh’s growth and relevancy is public, nonprofit, and for-profit participation. “I think the days when government is just going to do all these things for you are long gone. We need the public…and I think the public will end up getting us a better product, which is a good thing,” he said. The City of Plattsburgh currently has about 20 different committees that dedicated volunteers are able to join. Read encouraged anyone interested in learning more about these opportunities to reach out to his office directly. Partnerships between government and other organizations or businesses will make a big impact. “I want the city, the nonprofits, and the private sector to up their game a little bit. If that means delegating a little bit of responsibility and authority to a particular group through a partnership, I’m okay with that. I trust people and I believe that when people are empowered, they can do remarkable things,” said Read.

The reinvention of government is a necessary adaptation for the City of Plattsburgh and its surrounding communities. This reinvention is an ongoing process that will continually require tactful leadership, public participation, and engagement from local nonprofits and businesses. Today’s reinvention may involve a focus on new funding models for our “unique product” and plans to revitalize our downtown. In the years to come, the reinvention of government might mandate a completely new focus. Ultimately, the emphasis must be to continuously build on our assets, grow local partnerships, and plan strategically for the future.

There is a lot to be excited about for the City of Plattsburgh in the near future and the years to come. “Ultimately, a city is about people,” said Mayor Colin Read. “We need to recognize the diversity of people…and recognize our diversity as a good thing, not a challenging thing.”