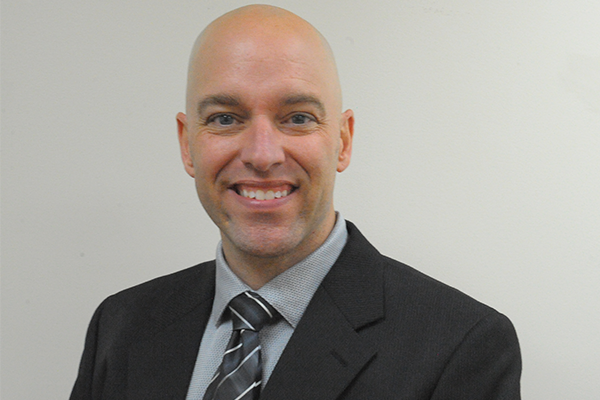 When Tom Houle graduated from high school in Wells, Maine, he had no idea he would end up in law enforcement in northern New York. What he did know was he liked mechanics and wanted to work on airplanes — helicopters specifically — and the quickest path to his dream was the United States Air Force. The summer after graduation, he enlisted, served four years as a B-52 H Bomber Crew Chief and during that time realized his interests went beyond helicopter mechanics. He earned a Bachelor’s degree in Aerospace Engineering from Riddle Aeronautical University and then found work with the Naval Surface Warfare Center at Indian Head, Maryland which operated as the Department of Defense Energetics Center. His job was to test the consistency and reliability of energetic matter. In layman’s terms he tested bombs on rockets to see if they would go off when they were supposed to.

While Houle enjoyed being of service to his country, he found the environment isolating and began to look for something different and closer to home. It was at that time that the New York State Police posted a date for its admission exam. Houle wasted no time signing up and was accepted. During his training, members of the Collision Reconstruction Unit (CRU) came to a class to demonstrate what their work was like. That was when he knew he had found his niche. “I went right up to the investigators after their demonstration and asked how I could go about working for them,” Houle enthused. “I liked the idea of studying unusual events and figuring them out.”

It wasn’t long before newly sworn in Trooper Houle was assigned to the Collision Reconstruction Unit in the Forensic Investigation Division of Troop B which covers the North Country. Members of the unit are dispatched to any serious personal injury accident, any accident — vehicle or otherwise — with death resulting and any major crime within the jurisdiction. “The individuals involved in an incident might be able to say what happened but sometimes, as a result of trauma, they don’t remember. At other times, they are deceased. It’s my job to speak for them.”

Being detail oriented is a crucial part of Houle’s job as he works to identify, collect and analyze evidence using a variety of tools such as photographs, accelerometers, laser scanners, surveying equipment, and drones. He might even stage a collision to learn or confirm suspicions. “It’s my job to fill in the blanks and find the answers to questions about how an incident happened,” he said.

In this complicated process Houle doesn’t work alone. When he is the lead investigator he is responsible for the report and is charged with analyzing a situation and concluding with scientific certainty exactly what transpired. Once his report is complete, he submits it for peer review. At that point one of his colleagues suspends Houle’s findings and walks through the entire investigation. If they don’t come to the same conclusion they review the report until their conclusions match. Only with peer approval does the report go to the Collision Reconstruction Unit (CRU) supervisor for review and approval.

Houle’s initial training and his ongoing education allows him to give expert testimony in criminal and civil courts and his reports are taken as evidentiary. “That’s impactful, because the testimony we are allowed to give can go beyond merely direct knowledge testimony,” he stated.

As I concluded my interview with Tom Houle he explained, “I have always enjoyed helping people and have sought out opportunities to do that. I get to use the scientific concepts that interest me every day. I hope my children are able to find a career and an education as fulfilling as I find mine.”