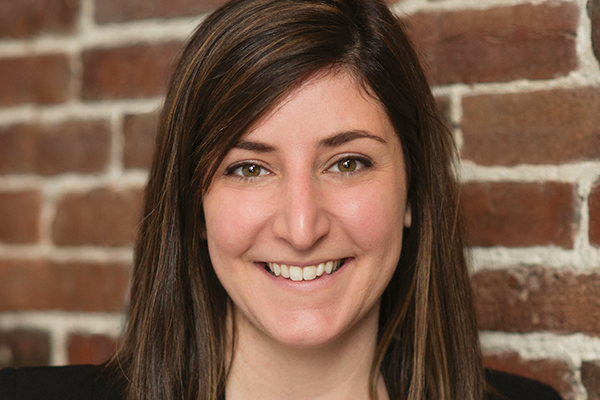 The lights of the iconic Hotel Saranac sign are burning brightly these days. A gleaming replica of the original sign shines like a beacon atop the newly renovated hotel, welcoming all to come experience the grandeur of days gone by. The newly reopened building on Main Street overlooks downtown Saranac Lake, NY. Its lights once were dim, its doors shuttered, and its sign had fallen into disrepair, but now the property is breathing new life into the tiny village in the Adirondacks.

Everything Old Is New Again

The reboot of the historic landmark hotel, which began in 2013, was a $35 million project undertaken by the Roedel Companies; $5 million dollars of which came from a state redevelopment grant. At the hotel’s soft opening in January of this year, Governor Andrew Cuomo must have been pleased with the impact of the grant. Employing approximately 100 people, the property brings 82 rooms and four family-friendly suites to a community that is a tourist destination, but where hotel accommodations had been somewhat scarce. An additional 20 suites will be added in an adjacent building later.

The Roedel Companies’ Leadership Team has ties to Saranac Lake, and refers to the village of Saranac Lake as “dear to their hearts.” Headquartered in Wilton, NH, it operates with an equal opportunity approach to its hotel acquisitions, boasting properties from Hilton, Marriot, La Quinta, and Holiday Inns in the Northeast. The company’s in-house Hotel Development and Acquisition, Hotel Management, Hotel Construction and Renovation, and Interior Design and Procurement divisions helped to implement every aspect of bringing the Hotel Saranac back to life—from acquiring the hotel, setting up its management team, carrying out construction and renovations. Sue Polio, Roedel principal, had a hand in designing every last detail of the hotel’s interior. The genius behind embracing the Curio Collection by Hilton® brand for the Hotel Saranac gives the company all of the advantages of working within Hilton’s reservations and brand support systems while also retaining the hotel’s unique identity.

As visitors enter the atrium or arcade of the Hotel Saranac, the experience is a beautifully choreographed intersection of old meets new. Modern light fixtures hang from the ceiling and large plate-glass windows allow guests to peek into shops and the hotel café, while the floor’s gleaming tiles in alternating colors feel like they have been there for decades. “The goal was to bring it back to its former glory,” explained Carolyn Bordonaro, director of sales. “We worked with a landmark consulting company to get a feel for where the front desk and walls were originally.” Bordonaro is a graduate of the University of Buffalo with a B.S. in Business Management and a concentration in Marketing. She grew up camping with her family in the Adirondacks and has found the perfect home for her skills and love of the region at the property.

“The hotel was ‘the’ place to be,” explained Bordonaro. “It was owned by Paul Smith’s College, and students trained here for restaurant and hospitality jobs. It was a staple in the community. Hemingway and Robert Louis Stevenson visited here.” Storefronts once lined the tiled arcade back in the day when people came to Saranac Lake for the “cure.” A wall in the arcade that is popular with locals and hotel guests alike features a historical timeline of the hotel and its place in the community beginning in 1927 to the present day. Bordonaro hopes the hotel will be approved as a historic national hotel by the Historic Hotels of America, and that it will be included in the National Register of Historic Places in the near future.

Ampersand Salon and Spa, named for the mountain of the same name, is a tranquil, full-service resort experience spa. Its offerings include the Tri-Lakes Revival body treatment, which uses gingergrass, bamboo, and wild lime silk oil to energize and revitalize; custom massage; acupressure; and hair, nail, and makeup services. Ampersand carries the Red Flower line of luxury natural beauty products, discovered in New York City’s Soho district and hand-picked for use in the hotel as a standard in all guest rooms. The spa offers packages for bridal parties and special events by consultation.

Academy and Main, a boutique offering upscale Adirondack gift items, is reminiscent of the mini boutiques that lined the arcade in years past. It offers clothing, sweets, toiletries, and upscale Adirondack souvenirs to guests and local shoppers.

Throughout the renovations, the design team worked hard to retain elements of the original hotel. While the inner workings of the hotel’s elevator have been replaced, it is operated from within the original elevator shaft. The hotel’s mailbox, which is large and ornate, has been restored to its former beauty, and the management hopes to use the box for mail pickup again.

Guest rooms occupy the top three floors of the six-story building, and many rooms on the fifth and sixth floors have views of McKenzie Mountain, Lake Flower, and downtown Saranac Lake. The rooms are beautifully appointed, showcasing original oak doors that were refurbished and returned to their original beauty, which featured a sliver of darker inlaid wood as a border, unique lighting fixtures, as well as the modern touch of smartphone check in.

The Great Hall is the pièce de résistance of the hotel. Fashioned after the Palazzo Davanzati in Florence, Italy, the enormous vaulted ceiling has great wooden beams culminating in rebuilt corbels, painted with crests evoking the ice palace, speed skating, and other local themes. “It took artists six months to recreate the original corbels,” said Bordonaro. The Great Hall’s bar has a speakeasy feel, with art deco velvet bar stools, banquettes, and poufs scattered amongst cafe tables and the crowning touch—a shuffleboard game. Original phone booths are empty of phones but until they are renovated, guests can leave their memories of the hotel on index cards and pin them to the interiors.

The Great Hall is open to the public, where hotel guests, community members, and tour – ists can enjoy a signature drink like the Mary Pickford or the Bee’s Knees, work on a laptop, or play the piano. The balcony off the Great Hall is spectacular, replete with ornamental balusters. Wrought-iron furniture and a fire pit will be added seasonally, and the view from the balcony for parades and summer concerts in the gazebo below is destined to be highly sought-after.

The oak paneling that lines the walls of the Grand Ballroom was painstakingly restored, and the inlaid herringbone flooring has been buffed to perfection. Replicas of the enormous original chandeliers light the space. Bordonaro hopes the room will become a destination for weddings not only at the height of spring and summer season, but also for magical winter weddings. With a 140-car parking garage, the hotel can more than accommodate large events. A small meeting room is located adjacent to the ballroom and an additional boardroom is available for business meetings and for use by local community groups.

By the time this article goes to print, the Village of Saranac Lake will have welcomed home its Olympians from the Winter Games in Pyeongchang, South Korea. The athletes will have graced the terrace of the hotel after a ride on a float through downtown Saranac Lake to the Harrietstown Town Hall. Bordonaro explained that the village has been extremely welcoming to the hotel since its doors reopened. “Community support has been overwhelming and the town changed the Winter Carnival parade route to pass by the hotel,” she said. Hotel staff has reported that local residents have shared how happy they are that the building is no longer vacant and dark, and that it is putting a spring back in the step of the Saranac Lake residents.

“We hope to drive tourism to Saranac Lake. Its art galleries, history, culture, hiking and paddling are all here to enjoy,” said Bordonaro. “I love working with leisure visitors—helping them come up with their ideal vacation. Saranac Lake has a ‘micropolitan’ feel. It’s a cool place to be.”

The hotel hands out an “Explorer Guide”—a pedestrian map with varying walking tours of the village and its environs—to hotel guests as a way of encouraging them to get out and experience what the town has to offer. “We are partners with Historic Saranac Lake,” said Bordonaro. The hotel’s first joint effort with the architectural and historic preservation non-profit occurred only days after the hotel opened its doors, when the organization threw a 1920s-themed fundraiser. “It was amazing,” said Bordonaro. “There were 300 people dressed in period costume swing dancing in the Great Room.” Additional community partners of the hotel include the Adirondack Carousel and The Wild Center in Tupper Lake.

While the hotel project took almost five years to complete, it was worth the wait. “It’s easy to forget how long the project took,” said Bordonaro. “The Roedels took a lot of time to get it right.”