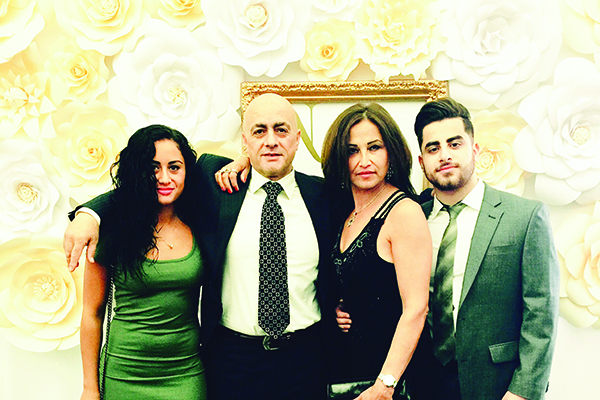 One of the tremendous things about living in the North Country is our proximity to a variety of things to do. Just north, in the Upper St. Lawrence Valley, you’ll find the town of Hemmingford, Quebec. If you stroll around town you’ll find a church, a café, a bank, some nice shops, and most importantly, an Irish pub. Although it seems unlikely in rural Quebec, area historians will tell you that Irish immigrants were drawn to Hemmingford in the first half of the 19th century because, unlike the seigneuries* in the rest of the St. Lawrence Valley, it was possible to own land. [*According to The Canadian Encyclopedia (www.thecanadianencyclopedia.ca/en/article/seigneurial-system/), “the seigneurial system was an institutional form of land distribution established in New France in 1627 and officially abolished in 1854. In principle, the seigneur granted a piece of land to a family under a royalty system. The family would engage in subsistence farming to meet most of their food, heating, and shelter needs. ]

The building that houses Witsend Pub is now one of the area’s heritage buildings. It started out as a hotel, later transitioning to a hardware store, and now serves as the area’s Irish pub. Witsend has been in operation for 15 years, and under current ownership for close to two years. Dina Khouzam, whose family purchased the pub, “grew up” just a block down the road. That is to say that the gas station her family owned and operated when they arrived in Canada from Germany seven years ago is just a block down the road—but it’s a world away from where Dina was born.

Dina is the eldest child and only daughter of Issam and Claudia Khouzam. The couple met in Claudia’s native Germany, where Issam traveled from his home in the Middle East, and where he met the young woman with whom he knew he would spend the rest of his life. They married and had three children: Dina, Phillip, and John.

When their children were young, the Khouzams visited extended family in the Covey Hill area of Quebec, just north of the Chateauguay Valley. They fell in love with the area’s beauty and were inspired to move. They packed up their treasures and moved across the ocean from Germany and made plans to settle just down the road in Hemmingford. The Khouzams bought and operated a gas station. Dina remembered when, as a girl, her father asked her to run the register and she recalled doing her best despite the fact that her only spoken language at the time was her native German.

As the family grew, the Khouzam children pursued their education, with Dina studying accounting, and her younger brothers going on to their respective post-secondary degrees. The challenges of obtaining Canadian citizenship took a bit of a toll on the family, resulting in Claudia and Issam leaving the area entirely for a time. But as luck would have it, Dina created an opportunity for her parents’ return to Hemmingford with the Witsend Pub. “It was perfect,” Dina enthused, “right down the street, with a residence attached. We had operated restaurants in Germany.” The only problem was—initially—it didn’t appear to be for sale; it wasn’t listed. But that didn’t stop Dina. She knocked on the door and asked the previous owners if they would be willing to sell. The rest, as they say, is “herstory!”

At 25 years old, Dina Khouzam has been operating Witsend Pub since the family bought it last year. “I’m starting to feel like I have my feet under me and I love this place,” she said as she looked around the pub. While her formal studies were in accounting, Khouzam has always gravitated toward public relations, and running Witsend is certainly in her wheelhouse. But it didn’t always feel that way. She made it clear that she couldn’t have done it without the service team at Witsend, whose members have stayed through the pub’s ownership transition. “This staff, the ones that are here, with me, are everything.” She wasn’t as fortunate with the kitchen staff—a series of unfortunate circumstances and the resulting injuries took both chefs out of the Witsend kitchen within weeks of one another. But you can’t keep a Khouzam down, and her siblings rallied to help the family business. John put his studies on hold to offer his services in the kitchen, and while the transition hasn’t been seamless, the two siblings have settled into a successful rhythm and business at the pub is booming.

Dina wanted to establish the Khouzam ownership, but also recognized the long-standing reputation that Witsend enjoyed. The changes had to be impactful, but subtle—a delicate dance for a young business operator. Prioritizing efficiency and customer service are among the strengths that Dina brings to the establishment. The menus (which by law have to be bilingual) have been revised, allowing for both languages to appear on the same hard copy and allowing for the kitchen to expedite food more quickly.

Acknowledging the lunch rush and the reality that an actual lunch hour is only 60 minutes or less, Witsend has introduced online ordering ahead of time, so that guests’ food will be ready when they arrive. Even with changes and technological updates, Witsend favorites are still available—namely the fish and chips. This stalwart pub fare is incredible in presentation and in taste, and features a generous portion of house-made beer-battered fish, served atop fresh-cut French fries with a green salad dressed in house-made maple vin – aigrette. I believe it’s best when washed down with one of the dozen beers offered on tap.

Khouzam and her team are still serving up tried and true Celtic classics like the Ballymaloe (Irish lamb stew), Steak and Guinness Pie, as well as new twists on pub favorites like Irish Whiskey Ribs, which are marinated for three days before they are grilled and kissed with a whiskey BBQ sauce, along with other tradi – tional pub fare such as burgers and wraps and some lighter fare. No matter what you’re up for, Witsend makes it worth the trip.

As a lover of history and area culture, I find it absolutely fitting that a belt of land that was instrumental in settling the area on both sides of the U.S.-Canadian border would be the same land where a family from Europe could come and build its own success story— right in the shadow of our area’s first settlers. It could be considered history repeating itself in a modern-day context. Same land, same story, 200 years later. Sounds delicious!