The 29th annual Strictly Business Forum offered an opportunity for business leaders from around the region to reflect on 2018 and share their vision for the coming year. It also gave those leaders a glimpse of the site that will become MHAB — a transformation of Clinton Community College off-campus dormitories into a multi-purpose rehab facility.

SterRx had a “very rapid growth year” in 2018, Terry Wiley said. “We doubled our employment.” SterRx was founded in 2013 and manufactures sterile liquid pharmaceuticals. “It’s a niche market,” Wiley explained. Over the past year, the company put a great deal of emphasis and resources into research and development. Currently, SterRx has 111 employees.

“Unemployment is down, interest rates are rising and people are confident and spending money. We’re really a sign of the economy. When the economy does well the bank usually does well.” But with interest rates increasing, it is likely to cause a squeezing of margins and Murphy predicts that 2019 will be a tight year for earnings.

Lisa Getty said that “2018 was the year of surprise” at Champlain Centre. “We had a huge turnout for Black Friday. Despite record cold temperatures, there were a thousand people outside on Thanksgiving Day awaiting the early openings of JCPenney, Target and Best Buy. Strong traffic continued that whole weekend and has remained steady. Bricks and mortar stores continue to account for the huge majority of retail sales, as people still like to see, touch and try things on.”

Betsy Vicencio explained that more than half of The Northeast Group’s customers are Canadian importers who count on the company to distribute their commodities to the US market. Vicencio observed that Northeast’s clients that service higher-end retailers and consumers saw on average a 25% growth in 2018 over 2017.

“The Y saw a huge increase in membership over this past year,” Justin Ihne said. “There had been a downward trend for seven to eight years but we stabilized in 2017 and saw an eight percent increase in 2018. We’ve been able to reinvest in our facilities and that’s going to continue.”

“The need for BHSN services continues to increase but the funding doesn’t necessarily keep up with the need,” said Mark Lukens. “We had a great year, one of the best in the last decade, but our outcomes were not driven primarily by funding but rather by the innovative thinking of our team.”

Dena Archer said that 30% of the income for her business, Archer Bodyworks, is generated in the month of December. “The spa industry is growing every year and people recognize the need for it because everybody’s stressed,” Archer said. Since she relocated her business from Oak Street to her current location on Broad Street in Plattsburgh in 2015, Archer said business doubled the first year and has grown about 10% in the past two years.

Retention is the New Recruiting
The unemployment rate in Clinton County is currently lower than both the federal and New York State rates, and while it is great news for the economy, it does provide staffing challenges for employers, as we heard around our table.

“Champlain Centre has job openings at every level. The higher paying jobs are as hard to fill as the lower paying jobs,” Getty said, adding that their social media messages are geared as much toward finding employees as they are toward reaching customers. Justin Ihne agreed that finding quality people is challenging.

“Finding employees is complicated by the fact we’re a small community,” Mark Lukens said. “More metropolitan and urban areas have colleges, universities and other programs that feed the community. We feed the cities,” he continued, adding that only a small percentage of graduates from SUNY Plattsburgh stick around the North Country. “Part of this is the behavioral characteristics of today’s graduates. The average tenure for someone graduating from college today is three to five years,” Lukens said. “They can land their first great job here but at the same time they’re also looking for what’s next and what’s after that. And we don’t have the next and the what’s after that.”

“This is the down side of full employment,” Murphy said. “It used to be when somebody quit and went to work for someone else, they had to explain why they quit. But now they can leave a place at 11 o’clock and get a job at 12 o’clock because everyone’s looking to hire.”

Lukens offered that business hasn’t kept up with the trends. “Corporate philosophy on talent was all recruiting,” he said. “Retention is the new recruiting and most companies aren’t set up to retain their people. Retention is more than just a good paycheck. Your way of getting around that need for talent to transition every three to five years is making sure that the career paths within your organization are set up to transition every two to three years.”
Andrew Wylie explained that hiring in the District Attorney’s office is challenging. “Our office is small and there isn’t much opportunity for growth because there aren’t different bureaus or departments like you would see in a larger law office. Our employees are doing the grunt work day in and day out.”

Archer’s employees need to be licensed and New York is the toughest state to get licensed in, she explained, adding that she is considering reaching out to high schools to talk about the spa industry as a career choice.

Part of the problem, Getty said, is the “devaluation of longevity on both sides. It’s no longer held against you if you’ve jumped jobs and employers, they seem to cap out at some point. Often businesses are not giving people the reward on their time.” Ihne added, “Employees who have been at a company for several years and worked their way up see minimum wage increases as rewarding entry level employees.”

“While minimum wage increases are hard on businesses, they are really good for our community,” Vicencio commented. “Many of the 3.4% who are unemployed are folks who are in need of services from organizations like MHAB, BHSN, Champlain Valley Family Services and Clinton County Mental Health. Taking these vulnerable people and bringing them into programs to help them get on their feet through supportive housing , employment and training, and basic living skills can make a difference. Many people don’t currently have the skills to be successful. We, as a community, have to figure out what we can do for them. That’s how we self-create the stabilization of our employment base.”

“What MHAB and other local programs offer is options for the people who go through the court system, serve their time and walk out of jail to nothing,” Wylie emphasized. “We have to take care of the people that are here and who have the desire to change and do better. “

Cautious Optimism
“Law enforcement, treatment providers and local agencies are making strides in the opioid epidemic in the North Country,” Wylie said. “Champlain Valley Family Center’s Recovery Campus in Schuyler Falls is filling a void that existed here for years. The SPARCC committee is making a powerful impact with awareness and education programs and our own jewel of the North Country — the MHAB project being developed by the Carpenter family – has enormous potential.”

Getty said sales at the mall have been strong and Canadian shoppers no longer seem to be as deterred by the exchange rate. Her concern is local support — getting people to spend more of their money locally. “If we want our area to be vibrant and successful, we need to spend our dollars right here where we live. Every dollar we spend sends a message and makes a difference in our regional economy, whether at the mall, a restaurant, grocery store, car dealer, gas station, hair salon, or insurance agency. What’s good for any of us is good for all of us.”

The community mindedness in the North Country gives Ihne optimism. “The YMCA had its first annual campaign in 25 years in 2018 and people came out and were very supportive. They really want to see the YMCA grow and prosper.”

“The flow of goods across the Canadian border is essential for business at The Northeast Group,” Vicencio emphasized. The ongoing trade disputes have caused a great deal of uncertainty. “There should be more common courtesy and common sense in government,” she said. “Our biggest opportunity is our Canadian connection.”

The growth of the spa industry gives Archer reason to be optimistic. Twenty years ago, only about two percent of the population used spas. Today that number has grown to 20%. Her concern is that there is a shortage of New York State licensed therapists and because her business is so much about personal relationships, retaining staff is critical for success.

SterRx is gearing up to launch new products over the next few months, Terry Wiley explained. “The challenge will be to continue product development, handle the growth of the new products while at the same time managing the cash flow to make it all happen. “It takes small businesses partnering with banks to bridge that gap and get to the next level,” he observed.

Murphy agreed, observing that banks which are part of the economic circle of life are currently doing well. People and businesses are spending money and banks are lending. The Federal Reserve’s move to raise interest rates is driven by the concern that the economy will take off too fast, inflation will rise and we will see another recession. Murphy said the economy has been doing well for 10 years and everyone is waiting for the other shoe to drop. “Everybody hang on tight,” he cautioned.

According to the people at Table 3 things are positive in the North Country as we head into 2019, but building and maintaining a high quality workforce will undoubtedly continue to be a challenge. The people and businesses in this area are both resilient and resourceful, so there are plenty of reasons to be optimistic despite the challenges. 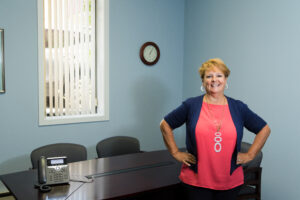