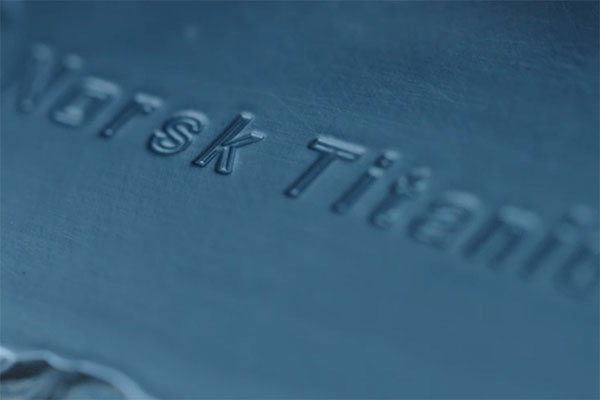 By now, everyone knows about the selection of Plattsburgh by Norsk Titanium as the site of its revolutionary Rapid Plasma Deposition (RPD) operation for the production of titanium aerospace components. You know it involves a $125 million investment by SUNY Polytechnic to create a cutting-edge facility that will become the largest industrial 3D metal production site in the world. You know that the technology being deployed here is a leading part of the next industrial revolution. And you know that this constitutes the achievement of the third leg of a 20-year strategy for the development of a Transportation Equipment & Aerospace Cluster here, starting with rail, followed by road, and now adding aerospace.

But here’s the question we heard a lot at the Farnborough International Air Show a few months ago and are now hearing on an almost daily basis, including from companies and site selectors, “Why Plattsburgh?” It is the exact question that an economic developer wants to be asked, as it opens the door to telling our story, which is a strong one.

In a set of investments across the state through SUNY Polytechnic, Governor Cuomo has been making every area of upstate a center for the establishment and development of new, disruptive technologies that are catalysts for the next generation of manufacturing, using a public-private partnership model that no other state or Canadian province is prepared to match.

Late in 2014, SUNY Poly was working with a then-unnamed company to bring it to New York, and was engaged in a process with the company of considering potential locations. Thanks in part to Senator Betty Little, they contacted us to visit the Plattsburgh area. The North Country Chamber accepted the lead and gathered key team members to make an initial presentation.

We cleared the first hurdle and then were engaged in an eight-month process of intensive visits by company leaders and site selection consultants, and extensive assessments of every aspect of the area as a potential site for such a project. At one point, Deloitte in Chicago was retained by Norsk to put us through a highly prescriptive, two- track day of interviews, with one track focused on the tentative site at the old county airport and the other on workforce.

I cannot say enough about the Workforce Team we gathered, which demonstrated its readiness and, very importantly, collaborative team- work, as did the Site Assessment Team, which included the county, town and NYSEG among others. And very importantly in the world of economic development, everyone maintained confidentiality.
At each point, we cleared the new hurdles and by late summer of 2015, New York State was the winner and Plattsburgh was the agreed- upon site. But there was still much to do, such as achieving approval of a $125 million appropriation in the 2016-17 State Budget which, by April, was accomplished.
So back to the question, “Why Plattsburgh?” I believe the following elements were collectively key.

Teamwork: Every area says they have it, but few demonstrate it to prospects the way we do. It is a defining difference in most cases when dealing with a prospective company or investor. And it includes an unusual team that goes beyond sites or even workforce to show expertise and available support for international companies with things such as visas, insurance, successfully organizing a U.S. subsidiary operation, and connecting immediately with top federal and state officials.

Existing Cluster: Norsk was impressed to learn that not only would they not be alone, but they would also be part of a diverse and grow- ing Transportation Equipment & Aerospace Cluster in our region that already features more than 32 companies employing 8,100 people. Clusters are a key attraction for most prospects, who want to be in a regional economy already possessing the type of operations that will mean they have needed vendors, services and training available.

Proven Success: We were ready to address their concerns about ramp- ing up to perhaps 500 employees over several years by documenting our success in meeting even more challenging timetables at the start of Bombardier and Nova Bus.

Montreal: There’s no question that our proximity to Montreal and its massive Aerospace Cluster was a real attraction as well, including our strong north-south supply chain connections, our modern and efficient commercial border operation, and major global air service through Trudeau. Indeed, the Norsk CEO was amazed at how easy it was to fly from Oslo to Montreal and then drive to Plattsburgh.

Strong Educational & Workforce Development System: All else consid- ered, we still would not have prevailed without the strength of our workforce team and the investments made in the past and underway now to build an effec- tive pipeline for skills and recruitment. The Chamber’s Transportation Equipment & Aerospace Workforce Team included Clinton Community College, CV-TEC, SUNY Plattsburgh’s Global Supply Chain Program, the Regional Workforce Development Board, the N.Y.S. Labor Department and The Development Corporation and Clarkson University which quickly became a key interest of Norsk’s as a proximate source of both talent and R&D support. Going forward, the team will now also include P-TECH, Beekmantown Central School and others engaged in the generation of STEM skills.

Strategic Framework: In the end, it is also powerful to be able to convey toWa prospect like Norsk that they would not be just a major economic development win and employer, but would fit within a multifaceted, strategic framework that has been under development for 20 years. That frame- work demonstrates that we have, in effect, been preparing for them well ahead of time, and will welcome and support them with added drive and passion.

And now we commit to turning this well-won opportunity into reality over the next few years, securing Plattsburgh’s historic role as a place that makes things for generations to come. Why Plattsburgh indeed!