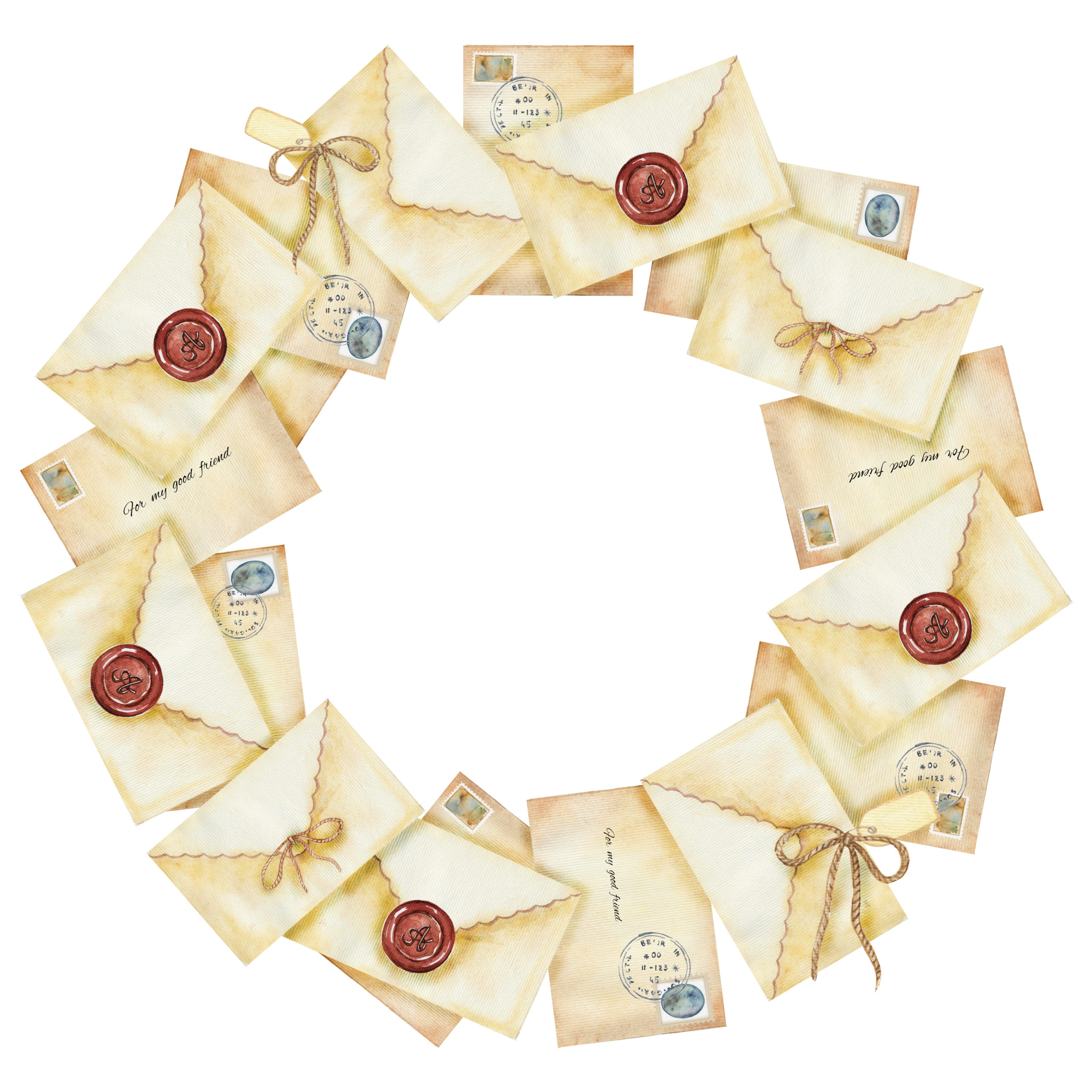 “The Letter” – Messenger of Sympathy and Love, Servant of Parted Friends, Consoler of the Lonely Bond of the Scattered Family, Enlarger of the Common Life, Carrier of News and Knowledge, Instrument of Trade and Industry, Promoter of Mutual Acquaintance, Of Peace ad of Goodwill Among Men and Nations.

Dr. Charles W. Eliot, President of Harvard University from 1869-1909, wrote this inscription for the Washington D.C. post office, now the home of the National Postal Museum. It still captures the essence of the United States Postal Service (USPS), and how it is fundamental to our identity as human beings. In my conversation with Maureen Marion, USPS Manager of Corporate Communications, she said, “We’ve been through many challenges, such as the Ice Storm of 1998, Hurricane Sandy, and now the COVID-19 pandemic. We have always been thoughtful about our planning, and we’re always ready to go with Plan B.” Most reassuringly, Marion stated, “the mail is safe.”

A native of Syracuse, NY, Marion graduated from Syracuse University with a dual BA in Political Science and Newspaper Journalism. Wanting to work “on the other side of the desk,” she began her USPS career on the work room floor. Thirty-six years later, Marion’s territory is the Northeast corridor of the U.S.: Maine to New York City and east to Buffalo, Chautauqua and the Finger Lakes.

She describes her staff of five and herself as “professional writers and talkers.” Their work encompasses training their community of postal workers as well as responding to the public’s need for information. “In this capacity, you get to learn about everything,” Marion said. “I love it when I get asked a complicated question, I’m stumped on an answer and I have to start the prowl. Give me a question, give me the situation and I will find out what I can, and then weave the tapestry to keep the public informed. I am thankful to work with subject matter experts who are very generous in sharing their knowledge.”

Staffing, explained Marion, has been a challenge during this pandemic. “Now that schools and day care centers are closed, our workers have to arrange for child care. Not only must they leave their families, they also risk exposing themselves to the virus as they deliver the mail. It’s not ‘business as usual’. Our people want to do their jobs and we are working day and night. It’s a complicated dance but it’s dancing with the stars.”

Some of the changes have come from human experience. Once people were quarantined, especially in rural areas like Upstate New York, the only person they saw was the mail carrier, and, understandably, they wanted to have a conversation. That means that mail carriers (many of whom walk in excess of 12 miles a day) needed additional training in how to maintain social distancing while still nurturing the important human relationships — while delivering their usual professional and reliable service.

GETTING THE MESSAGE OUT

Depending on the territory, and the message, Marion uses letters to the editor, social media, videos, and, when safe, a newsperson shadowing a mail carrier to inform and educate the public.

“There may be a lot of concerning news but at the end of the day, we are an essential service. We’ve risen to that. Our workers are pulling on gloves, strapping on face masks and doing their daily duties to keep America feeling normal,” she explained.

Although there has been a 40 per cent volume decline during this pandemic, (Schools no longer mail progress reports, churches don’t send bulletins, print shops went cold, businesses and franchises have not prepared fliers), Marion and the USPS are prepared for the reopening of schools, churches and businesses.

“As we move into recovery, you’ll see it at the mailbox. We’re prepared, and we can’t wait to be essential in this as well. I’m very proud of everyone in the North Country,” she stated.

Like Marion, Brenda Munnik, postmaster at the Rouses Point, New York branch, has worked for the USPS for over three decades. She grew up in Rouses Point, still lives there and enjoys providing top-notch service to friends and neighbors in her community. Also, like Marion, Munnik worked her way up the USPS ranks.

After beginning as a part-time clerk in the Champlain branch, Munnik did several OIC (Officer in ChargeActing Postmaster) appointments in North Country area offices. She was promoted to postmaster in Saranac in June 2005, Champlain in January 2007 and then transferred to the Rouses Point in October 2015.”

In addition to providing excellent customer service, Munnik also makes sure her employees, especially the mail carriers, are safe.

“When I send my carriers out to deliver mail when it is frigid outside, with a considerable amount of snow or when it’s hot in the summertime, I ask myself, Are the sidewalks cleared? Driveways shoveled? Are the porch steps icy? How cold is it with the wind-chill factor? Are the carriers overheating? Do they have enough water? Can they take shelter in the shade somewhere? There are many hazards to the job,” explained Munnik.

THE LOCAL RESPONSE TO THE PANDEMIC

Since the onset of the COVID-19 pandemic, Munnik, and other local postmasters, have had to clean workroom areas and lobbies on a more frequent basis using authorized disinfecting products. They have also installed plexi-glass barriers at the retail counter to protect the window clerks and their customers. Daily, they provide updates on any changes in their processes and what they are doing to keep USPS employees, and the mail, safe.

“We have raised everyone’s awareness by educating all employees, and have given them the necessary personal protection equipment (PPE), including gloves, face masks and hand sanitizer,” said Munnik. “Carriers clean their vehicles daily. In the lobby and in the work room, we also have identified social distancing rules by marking the floors every six feet with red tape.”

A positive attitude and belief in the mission of the USPS are what help both Marion and Munnik meet the current challenge. The USPS is a service industry, and those who work for it uphold the oath they take to “Support and defend the Constitution of the United States and faithfully discharge the ‘duties of the office’ of their job,” they concurred.

Echoing the sentiments of others, Munnik hopes, “As COVID-19 testing and vaccines become available, we can all enjoy the emotional and physical connection of a handshake, a friendly hello, being able to walk on the same side of the street as our neighbor. The US Postal Service is vital to keeping our communities together. Our role in binding the nation has not changed. Write a letter to a friend, send a package, brighten somebody’s day, and encourage others. We are here to help, doing our best to protect ourselves and you, our doors are open, and we are thankful for every customer!”

HISTORY of the POST OFFICE The United States Postal Service (USPS) is an independent agency of the executive branch of the United States federal government responsible for providing mail service in the States, and to its military. It is one of the few government agencies explicitly authorized by the United States Constitution (Article I, Section 8, Clause, known as the Postal Clause, empowers Congress “To establish Post Offices and Post Roads”).

The USPS traces its roots to 1775 during the Second Continental Congress, when Benjamin Franklin was appointed the first United States Postmaster General. (Franklin had gained experience as Postmaster General from 1737-1774 when the American colonies were under British rule.)

Currently the USPS employs some 630,000 workers under more than 2,200 job titles, making it the third-largest employer in the United States behind the federal government and Walmart. As of 2017, the USPS operated 30,825 post offices and locations in the U.S., and it delivers 149.5 billion pieces of mail annually. It is legally obligated to serve all Americans, regardless of geography, at a uniform price and quality.

In addition, the United States Postal Inspection Service (USPIS) is one of the oldest law enforcement agencies in the U.S. Founded, not surprisingly, by Benjamin Franklin, its mission is to protect the USPS, its employees and its customers from crime and to protect the nation’s mail system from criminal misuse. Postal Inspectors enforce over 200 federal laws.