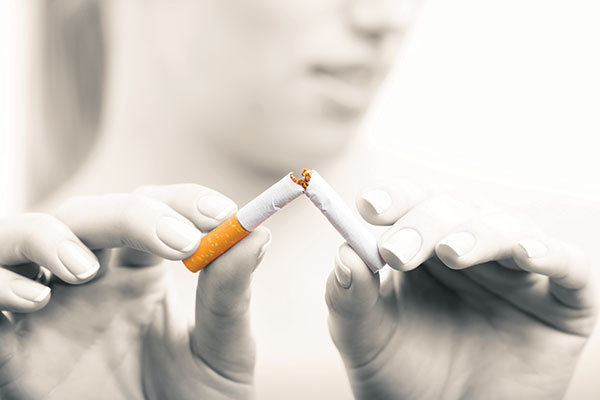 Fights back against tobacco industry influence on kids

When I turned 18, the only thought racing through my mind was what to do first. I was finally able to vote. I was gaining respect as an adult. I could stay out late with no curfew. I also was able to purchase tobacco legally. Unfortunately, minimum age to purchase laws do not stop kids from experimenting early, and many are addicted to nicotine before their 18th birthdays. Over 90 percent of current adult smokers started before age 18.

Since 2001, Reality Check has been the force driving the decline in youth tobacco use and the increase in tobacco prevention with New York. Reality Check has paved the way with youth activism in our communities. As a state-wide, youth-oriented program with a strong presence in the North Country, Reality Check focuses on eliminating the glamorization and normalization of tobacco products through four specific initiatives: Point of Sale, Smoke-Free Media, Tobacco- Free Outdoors and Tobacco-Free Multi-Unit Housing.

As I near the end of my teen years, I’ve had time to reflect on the work I’ve done during my eight years with Reality Check. Rather than spending my teens experimenting and breaking my parents’ rules, I gained advocacy experience and found my voice in a program that lights the activist fire in the bellies of youth around the state. I’ve had the pleasure of working with incredible students and as I’ve grown into an adult, I’ve had the ability to be the one to spark that match.

Although each Reality Check initiative is important, youth have the greatest perspective in the retail environment, which is referred to as “Point of Sale” in tobacco prevention terminology. In the retail environment, parents and other adults don’t see what kids do when they enter convenience stores, gas stations, or supermarkets. At 5’4″, I see through the eyes of an adult in a convenience store: chips, soda in the coolers, coffee, and newspapers among other normal items. Now, briefly put yourself in the shoes of a 3′ child in the same store. What would you see? Candy bars, lollipops, gum, small toys or trinkets. Have you ever noticed that cigarette and smokeless tobacco packaging often mimics the colors and branded style of candy products? This could be why stores popular among adolescents contain three times more tobacco marketing materials when compared to other stores in the same community.

The average age of a new smoker in New York is 13. It makes sense that the tobacco industry values and invests in retail locations, specifically convenience stores. They need to meet their new customers right where they are. Since the industry is restricted from schools, they find their potential customers in after-school settings. Now, what do these kids see? If you, as an adult, can’t visualize the wall of tobacco products behind the register at every convenience store and gas station you’ve ever entered, the point has been proven. Placement, color, size and font are visuals that kids notice from an early age. Exposure to strong branded marketing at a young age reinforces tobacco use as normal. Reality Check works to de-normalize tobacco marketing and its placement in the sight of children within stores.

While retail locations normalize tobacco products, movies glamorize and normalize tobacco use. Think of Cruella DeVille. Reality Check has led the movement for a change in the movie rating system since 2003. Why? Kids who see smoking in movies are 16 times more likely to start smoking. Rango (rated PG), which was released on the big screen in 2011 and is forever available on DVD in living rooms across America, had over 60 instances of smoking. Viewed as family friendly, this movie had the ability to recruit a whole new audience of future smokers.

With the Smoke Free Movie initiative, Reality Check youth across the state work to push the film industry to rate movies with smoking R or to remove smoking altogether. An R rating for a movie with smoking will cut kids’ exposure to smoking by at least half, prevent- ing almost 200,000 adolescents from starting to smoke every year. This number is tremendous considering that, if used as intended, tobacco kills one out of three of its users.

These initiatives give area youth opportunities to learn and engage their community members. Emma Stewart, a junior at Plattsburgh High School, has been an active Reality Check leader since middle school and was awarded the Capital Region 2016 Youth Advocate of the Year Award, which is presented to youth who have found their voice against the tobacco industry. “Reality Check has impacted my life so immensely since I have been a member. I have been given count- less opportunities to speak to my community and elected officials,” said Stewart. When kids are introduced to the program in middle school, they are given an opportunity to find passion in their future health. “Through Reality Check I have developed who I am and what I believe in. To someday create a tobacco-free generation is my goal, and my peers’ goal, in Reality Check.” Youth in our communities are speaking up against the tobacco industries and it’s our job to listen.

As a 19-year-old student, I found a passion in tobacco control and would never have developed into who I am today without Reality Check. The work our youth are doing is far from over, and statistics showing a decline in youth tobacco use do not mean we have solved the problem. By educating, working together and finding community champions, we will create the first tobacco-free generation. For me, this is the business of kids.

If you would like more information about get- ting involved or about Tobacco-Free Clinton Franklin Essex and Reality Check in your community, contact Dana Isabella at (518) 570-7784 or at tobaccofree@cvfamilycen- ter.org; or visit www.realitycheckofny.com or www.tobaccofreecfe.com.