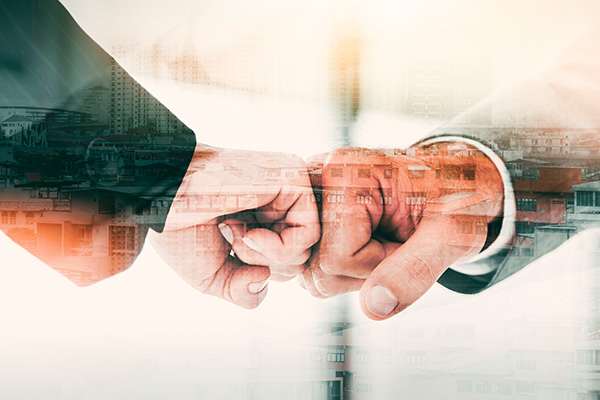 We are always pointing out that there is no greater driving force in the North Country economy than our multi-faceted economic connections with neighboring Canada. And so, as the new Biden Administration settles in Washington, the state and character of U.S.-Canadian relations going forward is a major cross border topic with our friends and partners. Here are a few random thoughts.

In terms of style there is no question that the tone of communications and relations will be more diplomatic and traditional.

However, there will be less change in terms of substance than some may imagine. For example, there has always been and will continue to be various disagreements and disputes at any given time, such as continuing points of unhappiness around such topics as the implementation of expected enhanced access to the Canadian market for U.S. dairy producers or the age-old disputes around softwood lumber, as examples. We can, however, expect less of a rush to such strategies as tariffs versus utilizing the dispute resolution processes agreed to by both countries.

On trade, Democrats have historically tended to be more protectionist and Republicans more free traders. But that has been blurring for some time and, especially over the last four years, there is less natural support for the positive powers of free trade on a bi-partisan basis than anytime in modern history. This will continue to be the case and we will have to watch for resurgent “Buy American” agendas in Congress. These are inherently self-harming when they do not acknowledge the unique degree of economic integration we enjoy with Canada and therefore should focus on more of a “Buy North American” sentiment. We can expect this struggle to emerge strongly once again in the context of the expected new Infrastructure Bill later this year.

On the big picture front, there will be a return to the U.S. participating in and embracing multi-lateral agreements as opposed to the last administration which generally abandoned those with a near total focus on bi-lateral negotiations and agreements. With Canada’s strong commitment to multi-lateralism, this will have the capacity to align the two countries’ agendas more closely which may then help to strengthen other forms of cooperation. Time will tell.

Tea leaves to read will include the following. By the time this is being read, have President Biden and Prime Minister Trudeau met? The best news for U.S.-Canadian relations would be a return to the past tradition of meetings and visits between the two leaders first or at least very early on, including where the new President’s first international visits will be. Another sign will be how soon the President names a new Ambassador to Canada, and whether that designee follows past tradition of being a person with close political connections to the President.

Whatever wrinkles hit our bi-national relationship, the overwhelmingly positive power of our growing economic partnership thankfully prevails almost every time. The only question being how much effort and angst is necessary to get over each hump. We, and our partners, both private and public and on both sides of the border, are ready as always to continue to tell the story that needs to be told and retold and to continue to broaden and deepen the unique U.S.-Canadian connection. Especially as we both continue to navigate through and eventually past this shared pandemic.

Onward and upward!
Garry Douglas is president of the North Country Chamber of Commerce.