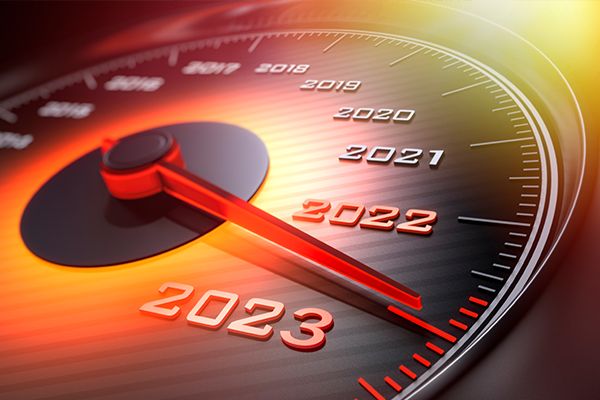 It’s been a bad three years! It appears that our society and economy has learned how to deal with COVID19, even if we cannot eradicate it. Americans have suffered. Our country has recorded about 1.25 million excess deaths during the COVID-19 era so far. That’s about one in every 250 Americans. We are all grateful that the human damage has tapered off, even if COVID still takes about 300 American lives daily.

Meanwhile, two presidents have thrown $8.5 trillion in deficit spending at the economy in an attempt to keep it flowing, or so they claim.

In fact, COVID suffering has now been replaced by economic suffering as far too much spending has been chasing far too scarce goods and services as the supply chain slowly recovers. The result is inflation that has taken about 10% out of the purchasing power from those Americans who can least afford it. We all know that the Federal Reserve has been ratcheting up monetary tightening to raise interest rates and low spending, while candidates from both parties have run on their plans to reduce inflation, or more correctly, on the lack of a plan from their opponents.

If you had asked me eighteen months ago or even twelve months ago, I would have said the complete lack of policies designed to repair the supply chain and bring more goods to market, or to reduce the opportunistic expansion of our debt to put more dollars in the pockets of people, but with no place to spend it, would inevitably result in inflation.

Politicians or the Federal Reserve begged to differ, apparently. Economists will tell you that, by the time inflation begins to spiral upward, there is little that can be done to stop it from running its course. The weary analogy is that there is little use closing the barn door once the horse is loose.

The most the Fed can do now that it refused to anticipate this predicament is to send a stern warning to the economy that it cannot institutionalize inflation by demanding equivalent wage increases, followed by another round of price increases as corporations pass along these costs. That job has been effective but, again, on the backs of those most vulnerable to inflation.

The good news, in some ways, is that we are focusing too intently on the wrong economic measure. In fact, what is most relevant for you and me in 2023 will not be what prices did but what prices will do. Certainly, the Federal Reserve has tempered inflation expectations and caused us to reduce spending. That will result in some reduction in economic activity, but it appears that the economy is quite resilient, so long as prices don’t accelerate.

In fact, if you look at the increase in the Consumer Price Index not from one year ago to now, but instead from six months ago (and double that rate to annualize it) or three months ago (and triple it), those annualized inflation rates are actually quite a bit lower than the numbers we focus on too intently. In fact, these recent price increases are nearly what we would expect in normal times.

In other words, while our fears of a recession are reducing economic activity, the main economic challenge, beyond our prolific excess government spending in good times and in bad, may be well behind us now, unless the economy is bungled.

Does this mean that we should expect to return to normal? The adage from the COVID era is that there is now a new normal. We will protect ourselves more and probably travel less. We will be more careful with our physical health and economic wealth. This would normally lead to slower economic growth, but we have also learned another lesson from COVID and from the invasion of Ukraine. The world is a risky place, and we can manage that risk better if we plan ahead and enhance our own resiliency.

These are positive potential developments, even if they mean we may not enjoy the same level of retail trade in our region from our friends in Canada, just as we are traveling less to Montreal. But, it may also mean that international companies will remain interested in our region to enhance their foothold in a
country that must increasingly emphasize domestic production to ensure we reduce our dependence on global energy and production.

Time will tell. Our economic future is in our hands, but it requires from us a realistic sense of our place in a changing world. Unfortunately, rarely do our leaders drive the bus by looking forward. Instead, they spend far too much time entertaining the passengers. But maybe if we insist on increased resiliency, self-sufficiency, and investing in future realities rather than past pipe dreams, our leaders will follow. 2023 and beyond are pivotal years. Let’s make the best of them.

Dr. Colin Read is a professor of economics and finance at SUNY Plattsburgh’s School of Business & Finance. You can read his weekly blogs on the economy at www.everybodysbusiness.online.