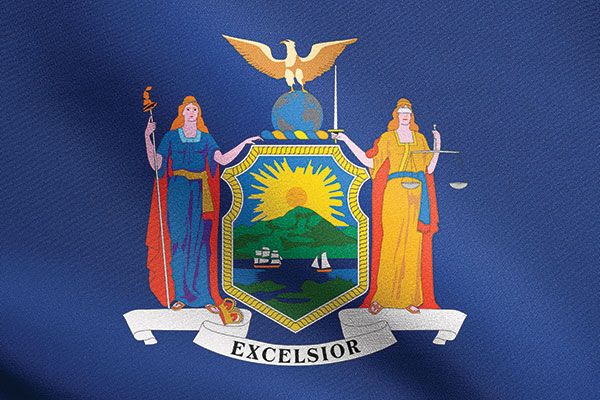 In last month’s issue, we looked at the proliferation of “protected statuses” which have greatly increased the ability of employees to go to an administrative agency such as the Division of Human Rights (DHR) or the Equal Employment Opportunity Commission (EEOC) and complain that they have been discriminated against based on one of these protected statuses. What exactly are these protected statuses? In all fifty states, federal law makes it illegal to discriminate based on race, color, national origin, religion, sex (including pregnancy and child birth), military or veteran status, disability (physical or mental), age (40 or older), citizenship status and genetic information. In addition, New York State Law prohibits discrimination based on age (18 or older), genetic characteristics, marital status, familial status (being pregnant, caring for a child or seeking to adopt a child), sexual orientation (including perceived sexual orientation), gender identity, lawful use of any product or lawful recreational activities when not at work, political activities, prior convictions (unless certain requirements have been met) and domestic violence victim status. New York’s Anti-Discrimination Law applies to employers with four or more employees, so even very small employers are impacted by these laws and regulations.

If everyone in the workforce has a protected status, how does a company avoid winding up in front of an administrative agency with an employee or former employee who complains that they were discriminated against or harassed based on a protected status? One of the most important tools an employer can have is a policy, which employees know about, that provides a process for reporting discrimination or harassment in the workplace. Anyone in New York who claims that they have faced discrimination including refusal to hire, termination, failure to promote, unequal pay, or otherwise treating employees or job applicants differently because of a protected category should have an opportunity to make this claim internally before they make it to an external agency. If an employer does not have a policy allowing employees to complain about harassment or discrimination or retaliation, then the employees are viewed as “justified” in going to the administrative agency to seek a remedy, since there is not one available at work. Of course, just because you do not have a written policy does not mean that complaints will not be taken seriously. However, having a written policy acts as a defense to anyone who never made a report internally of the allegedly discriminatory or harassing conduct.

Another important risk management tool is ensuring that your frontline team leaders and supervisors are trained to recognize what constitutes a complaint. While companies may have a policy saying that the complaints must be in writing, the courts and administrative agencies have recognized that companies have a duty to take action if they become aware of a situation, even if an employee does not make a formal complaint. The knowledge of your frontline supervisors and managers may be attributed to people higher up in the organization. One very common example would be an employee who is asked by a supervisor why they have not completed a task. The employee responds that they are taking medication, and it causes them to forget. Weeks later, the same employee is not completing their tasks, and the employer takes a disciplinary action or terminates the employee. That employee can then state that they told their supervisor that they were taking a medication which caused them to forget, and the employer never engaged in the interactive process to determine whether there might be a reasonable accommodation that would allow this person to perform their essential job functions. Thus, what might seem like an offhanded comment or an excuse to a frontline supervisor actually becomes a basis for what might be a valid claim. If the company provided training to frontline supervisors and later misses this type of thing, the company will at least be able to say that this individual should have recognized and reported it. If you have never provided the training, that failure to report is more likely to be imputed to management.

Similarly, you may have employees who come to you and report what appears to be serious misconduct, such as a supervisor romantically involved with a subordinate, and then asks that the matter be kept quiet or treated as confidential, or that nothing be done. Unfortunately, the company does not have the option of simply turning a blind eye once the report has been received. There is an affirmative requirement to prevent discrimination and harassment in the workplace and the fact that an employee asks you to keep quiet about it is not a defense and does not limit the company’s liability for not taking appropriate action.

So, what are appropriate actions that the company must take? The company has an obligation to have policies prohibiting harassment and discrimination in the workplace, to have a method for reporting and investigating those reports. The fact that it is difficult to find out exactly what happened, or that many of these constitute “he said-she said” situations does not mean that the matter should not be looked into. Very often, an investigation may result in inconclusive findings about what actually happened. However, the investigator will often learn that there is a need for additional training within a department on how to recognize and report harassment and discrimination, and perhaps a need for one or more individuals to engage in more targeted training to help them interact appropriately with their peers.

It is free and easy for your employee or former employee to go to the DHR or the EEOC and complain about discrimination or harassment. It is not easy or free for a company to defend against these claims. It is even harder and costlier if you do not have in place some simple tools like appropriate policies and training to ensure that your commitment to preventing discrimination and harassment in the workplace can be established.